In June 2020, the company announced Splash Mountain would be re-themed to reflect the story of Princess Tiana and her friends.

On Monday, Disney shared with FOX News updates and the first look at a new rendering of the attraction as well as the art that has served to inspire the Imagineers as they develop a storyline. In the rendering, there are familiar faces like Tiana and Louis in addition to new ones who are yet to be introduced.

Tiana, guests will see, is wearing pants – a departure from her usual look. 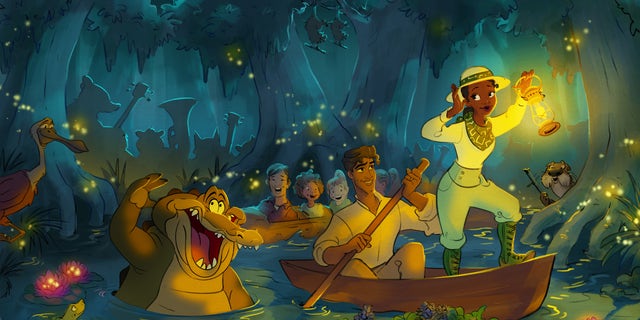 “Tiana is ready for anything,” Charita Carter, Senior Producer for Walt Disney Imagineering, said at a round-table discussion in New Orleans, about the film’s impact and the upcoming attraction. “She is taking us on an adventure in the bayou, so of course she is going to dress appropriately.”

When speaking to the ride’s technology, Carter called the approach to audio-animatronic figures, scenic illusions and visual effects a way to “change the game.”

“Tiana invites us as her guests to go on an adventure with her in the bayou,” Carter said. “We as the guests are active participants in this adventure. She [Tiana] acknowledges us and being the witty person she is she takes us on this amazing journey where we get to discover not only characters we know and love from the film but this is an opportunity to be introduced to some new characters.”

Carter added, “The adventure ends with the ultimate Mardi Gras party because if Tiana is throwing a party, it’s the ultimate party.” 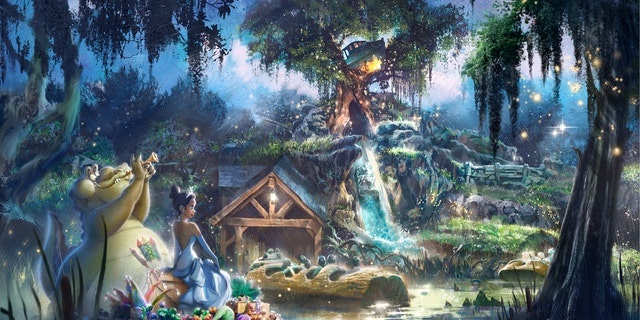 The re-themed attraction from Splash Mountain had been planned since at least 2019. Splash Mountain had featured characters from the controversial 1946 film, “The Song of the South,” set during Reconstruction. It has been criticized for racist and offensive depictions of Black people and creating a false narrative surrounding 19th century culture in the South.

Here’s everything we know so far:

-The attraction picks up after the final kiss as Naveen and Louis join Tiana on her latest adventure, hosting a “one-of-a-kind” Mardi Gras celebration. according to Disney.

-Original music inspired by songs from the film will bring guests into the story. Guests will encounter not only the familiar faces of Tiana’s old friends but new ones along the way.

-The Disney Imagineers research for the attraction includes a deep-dive into New Orleans culture. The team recently had their first in-person meeting (after many on Zoom) at New Orleans’ Dooky Chase’s restaurant, founded by Leah Chase, one of the inspirations for Tiana. There will be many more research trips to come, Disney said, to “get the story right.”

-One of the early sources of inspiration has come from artist Sharika Mahdi, who was commissioned to create a series of four original paintings to inspire the Imagineers. Disney revealed one of those paintings to FOX News. 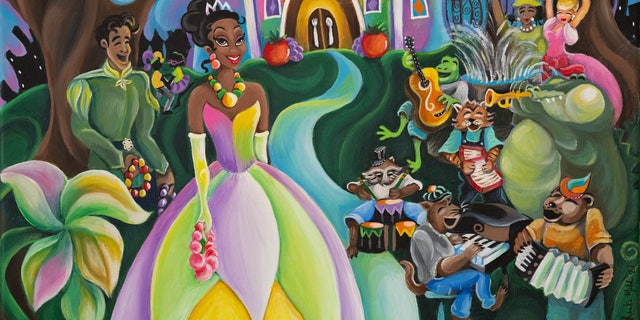 Roundtable at Dooky Chase’s on August 15, 2021. Photo by Paul Morse

-No timeline for the attraction’s debut has been announced.

“It appeals to people of all races, all backgrounds and all cultures,” she said.

Over the years, many people have come to Dooky Chase’s restaurant to see the inspiration for the film, said Stella Chase Reese, Owner of Dooky Chase’s Restaurant and daughter of Leah Chase.

“My mother, Mrs. Chase, would talk to them about their dreams, Chase Reese said. “She would say to never give up and always know dreams can come true.”