A Florida man walking his dog Tuesday morning led deputies to an injured burglary suspect after spotting a trail of blood leading inside his neighbor’s home, authorities said.

The dog walker told deputies that he discovered his neighbor’s windows were smashed and that there appeared to be blood on the front door, the Brevard County Sheriff’s Office said.

Responding deputies entered the home and found a man, later identified as 32-year-old Jonathan Leaf, lying on a bed covered in blood, according to authorities.

Leaf woke up as deputies were inside and told them he “was unsure of the previous night’s events,” the sheriff’s office said. 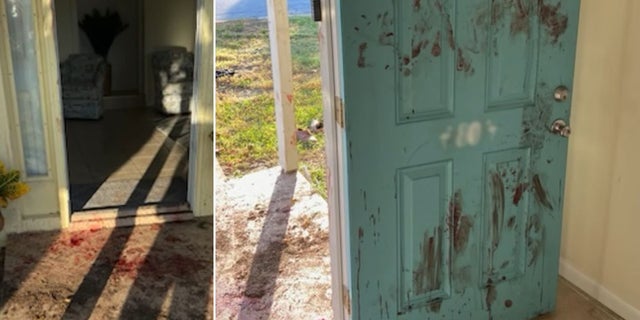 Deputies said Leaf had apparently decided to break a large bay window to gain entry to the house.

“During his attempts to get inside, Leaf’s arm was severely cut by the broken glass, leading to his trail of blood across the front of the residence and on the interior,” the sheriff’s office said. 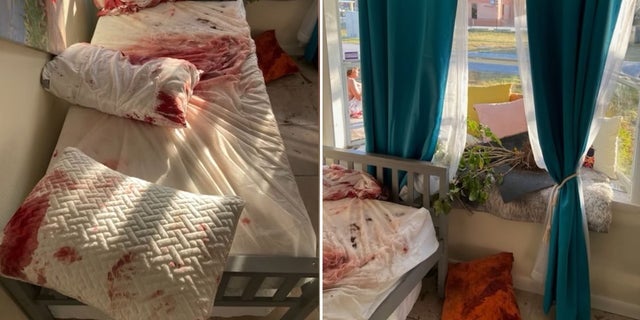 The severe pain and loss of blood likely caused Leaf to pass out on the bed until deputies arrived, according to authorities.

Leaf received stitches at a hospital before being taken to the Brevard County Jail. 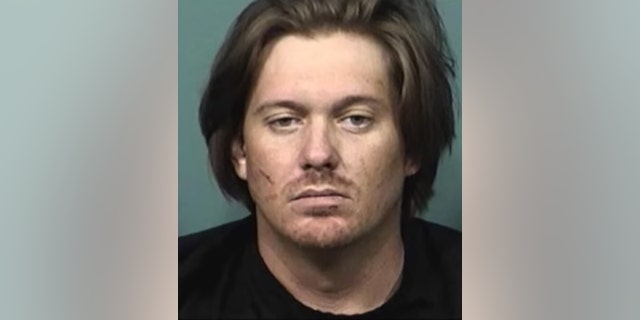 Jonathan Leaf, 32, was charged with burglary of an unoccupied dwelling and criminal mischief. His bond was set at $17,000.
(Brevard County Sheriff’s Office)

No one was home at the time of the incident.

Leaf was charged with burglary of an unoccupied dwelling and criminal mischief. His bond was set at $17,000.