The best part of buying a housea> is actually getting the house.< after being targeted by scammers.

Through elaborate wire fraud, Patricia Verlino had been robbed of $63,000 she had saved for a down payment on a home for her and her daughters.

Fortunately, with the help of a local company, Verlino was able to partially recover her money and officially close on the house. Verlino also received help from her family and more than $30,000 in crowdfunding donations from strangers and community members. She used the donations to pay her family back, she said. 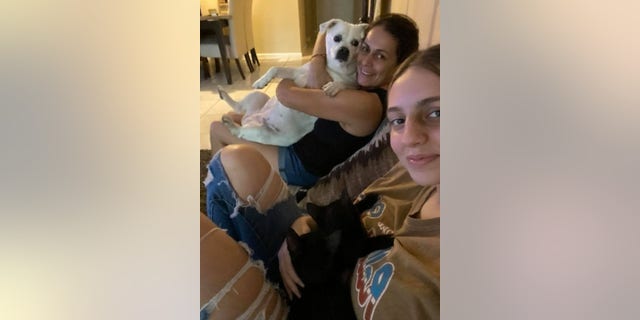 Patricia Verlino told Fox News that’s she’s "so thankful" for everyone that helped her finally close on her house in south Florida.
(Patricia Verlino)

Verlino told Fox News Monday that’s she’s “so thankful” for everyone who stepped in.

Kevin Tacher, owner of title insurance company Independence Title, was able to help her close on her home this week after Verlino was targeted by scammers.

As Fox News previously reported, everything seemed to be going smoothly with the sale until Verlino received an email that appeared to be from her original title company that provided instructions on where to wire the money for the down payment.

The email was fake and Verlino’s two payments, totaling the $63,000, were intercepted. During that time, Verlino told Fox News it was “the worst thing you can go through.”

Verlino said she reported the incident to police and was able to recover roughly $30,000 before the wire transfer was finalized. However, about half her money was lost. Even worse, Verlino had already moved into her new property and it seemed like she might have to move out.

Now, Verlino and her daughters are officially calling their house a home.

Tacher told Fox News, “On Friday, July, 2nd 2021 which was Patricia’s late father’s birthday we successfully closed on her new home. It’s a wonderful feeling when you see a team of industry professionals come together for the greater good.”

He went on, saying he and his team “fought day and night” to ensure Verlino and her children could remain in their home.

“On Saturday, we visited City Furniture where they were kind enough to furnish the children’s bedroom,” Tacher said. “So the stars aligned, with the help of Fox News we made a horrible nightmare become a dream come true.”

Verlino told Fox News that after moving in, she spent the weekend working on the place and installed new shelves in her closet – among other fixes.