For Ukraine's kids, a therapy dog can help ease trauma and suffering

Life in many conflicts right now is very, very difficult.

And for some of the healthy-living in Ukraine who have been displaced from their homes because of the war that began in their country on Feb. 24, 2022, a therapy dog can be just the answer.

In one city’s therapy center, a specially trained dog is providing some much-needed comfort and entertainment for traumatized Ukrainian children right now.

“The child’s psyche is very vulnerable to the war going on now,” said Olga Pivtoratska, 22, a volunteer.

At the “Dr. Doc” therapy center in Zaporizhzhia, a southern Ukrainian city, the kids are invited to stroke Evsei, a friendly spaniel — and to shake his paw and play games with him. 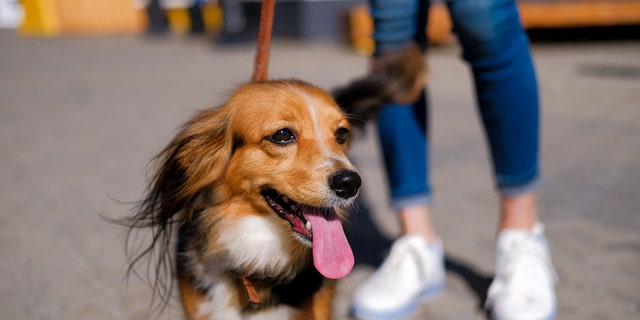 As the children interact with a therapy dog in Zaporizhzhia (similar to the one shown here), volunteers sing and dance to entertain them all.
(iStock)

As they interact with the dog, volunteers sing and dance to entertain them all.

“It is important for them because the child’s psyche is very vulnerable to the war going on now,” said Olga Pivtoratska, 22, a volunteer, according to Reuters.

“Some children are very scared — we bring them out of this state,” she said. 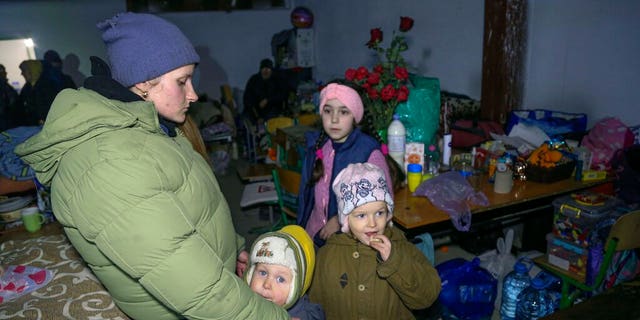 A woman and children are shown taking cover from shelling in a school bomb shelter in Sartana village, under the Gov. of the Donetsk People’s Republic control, 11 miles northeast of Mariupol, eastern Ukraine, on March 16, 2022.
(AP Photo/Alexei Alexandrov)

She also noted, “We help them adapt to the reality of Zaporizhzhia, which is quiet. There are no explosions here.”

Therapy dogs have long been used by many organizations and groups to help a variety of individuals, including veterans and children with disabilities.

Fox News recently reported on a non-profit group, 4 Paws for Ability, that does just that. The group’s mission is to enrich the “lives of people with disabilities by placing life-changing service dogs worldwide,” as it explains on its website.

One service dog at a time, the group also “envisions a world where people with disabilities can realize their full potential.”

“Here the children can play, sing, draw, play with our dog.”

Kelly Camm, development director, recently told “Fox & Friends” cohost Ainsley Earhardt, “We’ve been around since 1998, and we serve children and veterans.” They’ve placed well over 1,500 dogs in total so far, she said.

Many refugees in the western parts of Ukraine have come from more eastern regions of the country, where the bulk of the fighting between Ukrainian and Russian forces has been occurring. 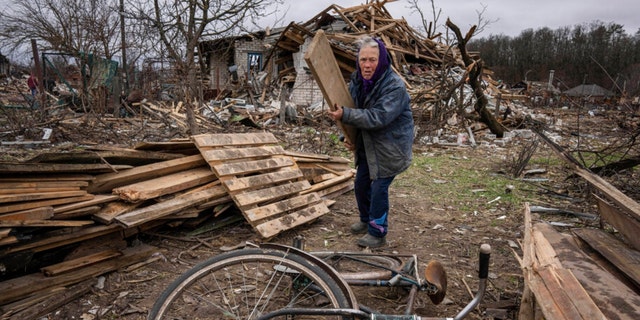 Alyona Serdyuk, head of the therapy center and a child psychologist, said the volunteers looked after the children while their parents got registered before moving on to more permanent new homes.

“Our main task is to stabilize the children [and] help them cope with a really stressful situation. Here the children can play, sing, draw, play with our dog. If they need psychological help, we work individually as well,” Serdyuk told Reuters.

One refugee, Daniil Savchenko, 20, cradled his dog, Milo, a puppy, as he recounted the trip he made from Russian-occupied Berdiansk with his mother.

“[Milo] is definitely scared because even a small movement to the vet, which takes like 10 minutes in our native city, is a very big stress for him,” he said.

“I would actually go to [join] the army if it were not for my mom because I don’t want her to have to live without me,” he said.

Meanwhile, his mother — by now in tears — kissed and stroked Milo.