Former US ambassador accused of illegal lobbying for Qatari government

A former U.S. ambassador is in hot water after charges were filed accusing him of illegal lobbying for a foreign government.

Former U.S. Ambassador to Pakistan and the United Arab Emirates Richard Olson has been arrested for alleged misconduct while lobbying for the Qatari government. Authorities accuse Olson of using his position to broker arrangements for himself after his tenure as ambassador. 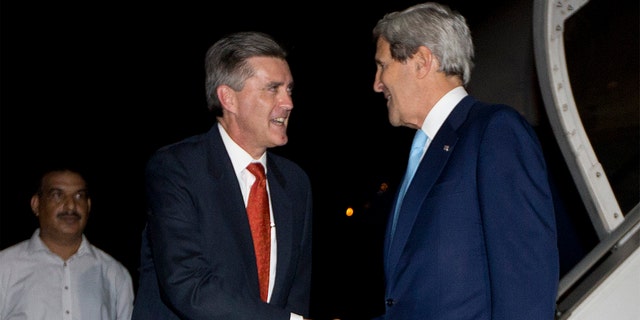 Secretary of State John Kerry is greeted by U.S. Ambassador to Pakistan Richard Olson upon his arrival in Islamabad, July 31, 2013.
(Reuters/Jason Reed)

Olson filed court documents earlier this month stating that he will be pleading guilty to the charges.

“I, Richard Gustav Olson, have consented to the filing of an information in the above-designated case,” Olson wrote. “I wish to plead guilty to the offenses charged, to waive trial in the Central District of California, and to dispose of the case in the District of Columbia in which I am present.”

Qatar remains a tense ally of the U.S. due in no small part to the increasingly unstable situation in Ukraine and the resulting price spikes for gas. 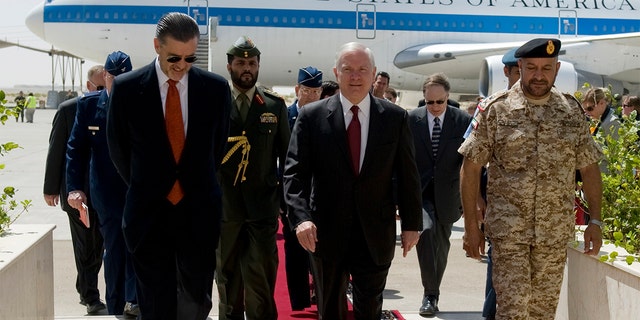 Defense Secretary Robert Gates walks with U.S. Ambassador to the UAE Richard Olson and others at the Al-Dhafra Air Base in Abu Dhabi, March 11, 2010.
(Reuters/Jim Watson/Pool)

As the second-biggest exporter of liquefied natural gas (LNG) in the world, Qatar stands poised to be an important asset as Russian troops continue the onslaught against neighbor Ukraine. Russia supplies roughly 40% of Europe’s natural gas, and Moscow has used these energy markets against NATO.

President Biden met with Sheikh Tamim Bin Hamad Al-Thani, the emir of Qatar, at the White House earlier this month. Biden told him he’s strengthening the U.S. alliance with the kingdom as the West faces an energy crisis due to the Russian invasion of Ukraine.

“Qatar is a good friend and reliable partner,” Biden said. “And I’m notifying Congress that I will designate Qatar as a major non-NATO ally to reflect the importance of our relationship.”

Qatar will host the 2022 World Cup later this year, which has drawn scrutiny from rights groups – fueled by player protests – and indignation from some World Cup organizers regarding the Gulf nation’s record on human rights.