world-regions lawmakers on Thursday voted to send “heavy weapons and complex machinery” to Ukraine just one week after claiming its arms reserves were tapped.

The vote in the lower house of parliament signifies a completed stance reversal after it passed with 586 votes in favor, 100 against, and seven abstentions first reported German news outlet DW. 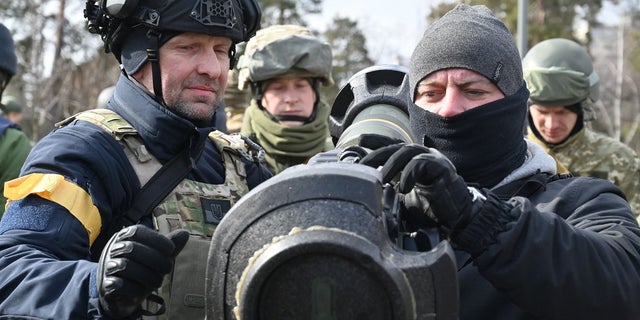 Members of the Ukrainian Territorial Defence Forces examine new armament, including NLAW anti-tank systems and other portable anti-tank grenade launchers, in Kyiv on March 9, 2022, amid the ongoing Russia’s invasion of Ukraine.
(GENYA SAVILOV/AFP via Getty Images)

TREVOR REED LANDS IN US AFTER PRISONER SWAP WITH RUSSIA

Germany has faced criticism for its reservations on sending significant defensive support to Ukraine, notoriously sending 5,000 helmets in the lead up to the invasion.

Just last week German Foreign Minister Annalena Baerbock claimed that Berlin’s armed services have said it “can no longer supply weapons from its own reserves.”

German leadership instead pledged to provide training, spare parts for machinery and facilitate continued arms supplies with other allies.

But now German will look to send anti-aircraft systems and armored vehicles as Russia looks to ramp up its offensive not only in Ukraine but is signaling it may launch a campaign in neighboring Moldova.

German lawmakers also approved the deployment of heavy weaponry and soldiers to NATO nations in the eastern bloc. 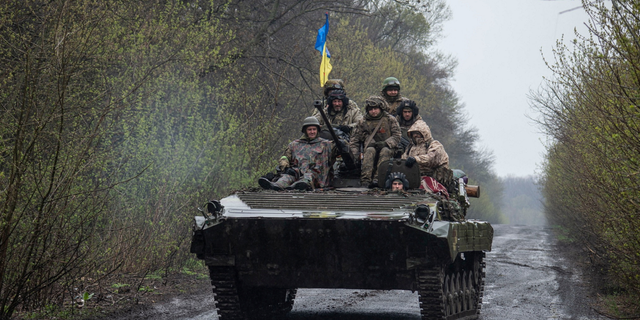 Ukrainian servicemen ride atop an armoured fighting vehicle Tuesday as Russia’s attack on Ukraine continues at an unknown location in Eastern Ukraine.
(Press service of the Ukrainian Ground Forces/Handout via REUTERS)

Some lawmakers, including members of the far-right Alternative for Germany party, voted against the measure over concerns it could be interpreted as a declaration of war by Russia.

Similarly, members of the socialist Left Party reportedly pointed to comments made by Chancellor Olaf Scholz regarding fears that enhanced NATO support could escalate the conflict and prompt a greater nuclear threat.

The Thursday vote comes just two days after a summit at the U.S. Ramstein airbase in Germany attended by 40 allied nations from NATO and beyond, where German Defense Minister Christine Lambrecht agreed to send tanks to Ukraine.

U.S. Secretary of Defense Lloyd Austin championed the stance reversal and said he thinks their heavy weaponry “will provide real capability for Ukraine.” 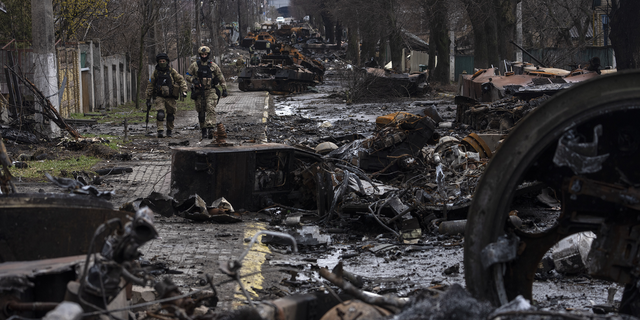 Soldiers walk amid destroyed Russian tanks in Bucha, on the outskirts of Kyiv, Ukraine.
(AP/Rodrigo Abd)

He said he would not speculate on what else Germany may agree to give Ukraine.

But the defense secretary added, “Based upon everything that I’ve seen, in my interaction with the Minister of Defense, and how intently she has been focused on making sure that she can do everything that she can to help and work alongside our partners and allies, that she’ll continue to look for ways to be relevant and provide good capability to the Ukrainians as they continue to prosecute this fight.”