Officer Gordon Beesley, a 19-year veteran of the Arvada Police Department, was shot and killed on June 21 by a suspect who “expressed a hatred for police,” according to the department. He left behind a wife and two children.

The news sent shockwaves throughout the entire community, including 9-year-old Scarlet Reust, who instantly put herself in the family’s shoes, her mother, Ashley Conn, told Fox News. 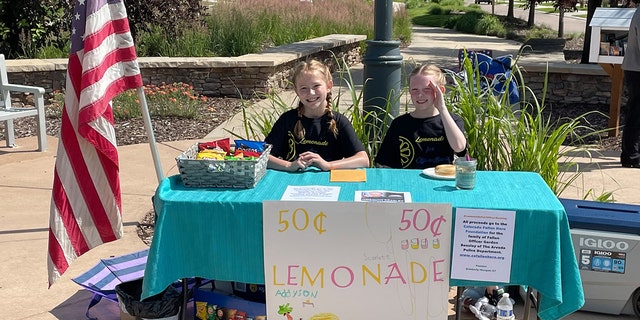 “They know police as their heroes and their protectors and for one of them to pass like that is really just kind of confusing,” Conn said.

Very quickly, the 9-year-old turned her “feelings into something constructive,” Conn said.

She enlisted the help of her best friend, 10-year-old Addyson Elliot, and the two got to work on their stand in Commerce City, which is just west of Arvada.

Over the course of three days, the two girls spent countless hours outside collecting money for the Colorado Fallen Hero Foundation, which goes directly to Beesley’s family. Their efforts paid off.

Droves of people, many who personally knew Beesley, stopped by to not only donate but to share stories about him.

One teenager, who mentioned that her dad was a cop, even “emptied her wallet,” when she got to the lemonade stand, according to Conn. 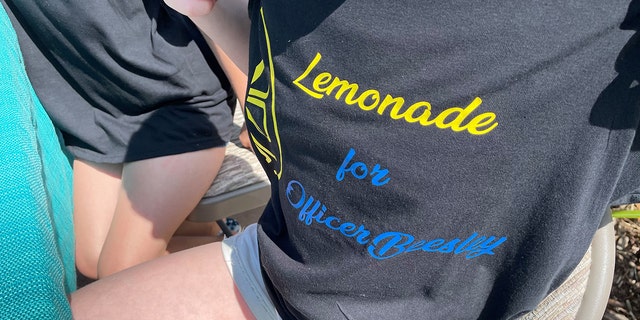 Colorado’s 17th Judicial District Attorney’s Office also came out in support of the young girls – who they say are “shining examples” of the community – and posted their efforts on Facebook to help spread the word.

“It really just touches the community, the law enforcement community, when people want to give back to them,” Conn said. “I mean it’s $2,000, but it was the meaning behind it.”

Beesley was a school resource officer and a former recipient of the Arvada Employee of the Year award but more importantly, “he was loved by all, especially his wife and two children,” Arvada Mayor Marc Williams said in a statement.

Conn later learned that Beesley went above and beyond for his community, which included riding bikes to school with children if they didn’t have anyone to go with them just to make sure they got there safely. 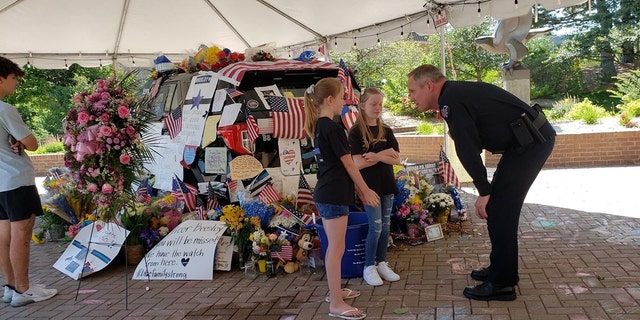 The girls were even able to hand-deliver the money to the police chief of the Arvada police last week.

When they did, Conn said the officers were “teary-eyed.”

“Unfortunately, one of their brothers died. So they’re all broken right now,” she said. “And the fact that the girls did something nice really, like, warmed them up inside.”