Hawaii’s hidden treasures include these historic war monuments in Oahu

us-regions incorporates a mix of beachfront living, unique wildlife and plenty of aloha pride for the military.

Throughout the island of Oahu — the military attack on America more than 80 years ago, which led to America’s entry into WWII — there are numerous memorials and monuments honoring the sacrifice of heroes.

But if you’re looking to pay your respects to America’s fallen military service members and civilian government workers who were captured as POWs and those missing in action — especially on days such as Saturday, April 9, 2022, Former POW Recognition Day — some memorials may be a little harder to find than Pearl Harbor and the National Memorial Cemetery at Punchbowl Crater.

In an interview with Fox News Digital, 94-year-old ex-Korean War POW Jay Hidano of Honolulu described the Punchbowl memorial as “one of the best in the world.” He also shared that Hawaii’s monuments “bring back a lot of memories.”

“Most of my friends are all gone, here and on the mainland too,” he said. “But memories come back every night.” 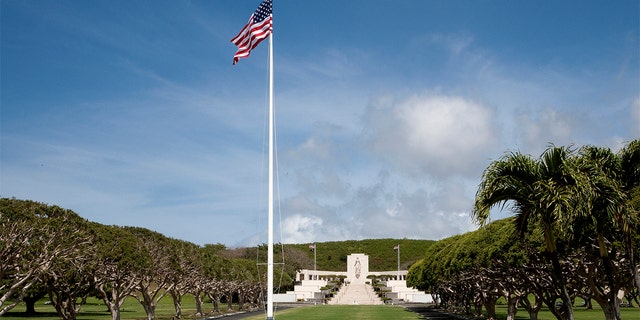 National Memorial Cemetery of the Pacific at Punchbowl Crater in Honolulu, Hawaii. (iStock)

Here are a few hidden and unique war monuments on the island of Oahu, details about their creation — and where to find them.

Military bunkers, also known as pillboxes — due to their resemblance to actual pillboxes during wartime — were scattered throughout Hawaii during WWII.

The cement structures include firing embrasures to shoot toward sea and land, but the remainders of these pillboxes today aren’t easy to find. 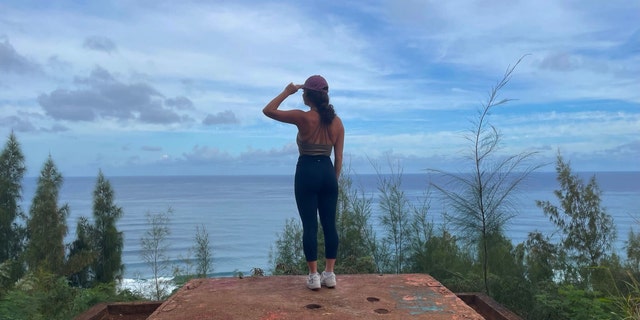 A traveler stands atop the remains of a WWII pillbox bunker while on a hike on the island of Oahu, Hawaii, March 29, 2022. (Danielle Pellini)

Travelers can hunt for signs of WWII heroism on the Pillbox Hike on Oahu’s North Shore.

Find the entrance at Sunset Elementary school, where you’ll hike up a steep path for about 30 minutes before you reach pillbox no. 1.

Exploring inside the bunker will take you back in history and put you in the shoes of veterans.

Hiking a little further will bring you to the second pillbox, offering more stunning views of the bright blue Pacific Ocean.

Also found on Oahu’s North Shore in the quaint beach town of Hale’Iwa is the opulent Hale’Iwa War Memorial.

Garnished in white, the oceanside obelisk pays tribute to fallen soldiers from the Waialua-Kahuku area.

The names of heroes lost during WWII, as well as those lost during the Korean War and the Vietnam War, are carved into the statue; it overlooks the picturesque Hale’Iwa Beach Park.

At the entrance of Hawaii’s Marine Corps Base (MCBH), a view of the bay and green mountains serves as a backdrop for the proud Iwo Jima Memorial. 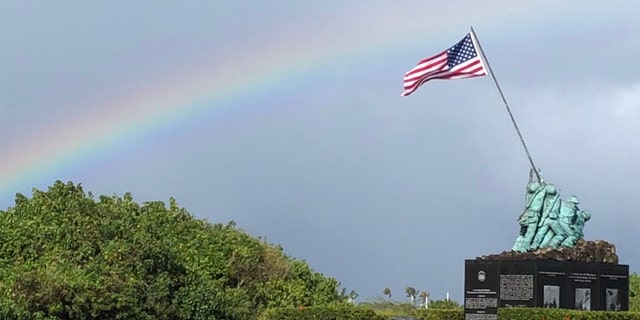 An exact replica of the memorial in Newington, Conn. — which depicts the image memorialized by the historic Joe Rosenthal photo of the flag-raising on Mt. Suribachi on Feb. 23, 1945 — the statue memorializing the end of WWII is a must-see for Americans who can make the trip.

Hawaiians especially appreciate the sentiment captured by this monument, since Oahu is one of three locations Marines trained to take on Iwo Jima, according to MCBH.

The Waikiki Natatorium War Memorial in Honolulu was first dedicated on Aug. 24, 1927, to honor the 10,000 citizens of Hawaii who served during WWI.

Now closed to the public, the historic architectural structure is one of only a few ocean-water natatoriums left across the globe. It’s also the only one of its kind in the U.S., as the National Trust for Historic Preservation notes on its website.

After WWII ended, the structure began to deteriorate and was declared unsafe in 1979.

In 1995, the natatorium made National Trust’s list of America’s 11 most endangered places.

Eternal Flame of the Armed Forces

The Eternal Flame monument memorializes the Dec. 7, 1941, attack on Pearl Harbor and honors the men and women of Hawaii who have served in the U.S. Armed Forces. 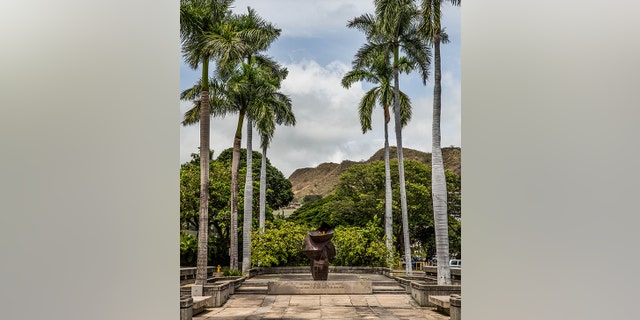 The Hawaii Eternal Flame Memorial is dedicated to the men and women who served in the Armed Forces; it’s located on the state capitol grounds in Honolulu, Oahu, Hawaii. (Getty Images)

The memorial’s bright flame has burned endlessly since its dedication in 1944; in 1974, it was replaced with the bronze and copper sculpture.

The sculpture is located across the street from the Hawaii State Capitol building in Honolulu.

This million-dollar Honolulu memorial, dedicated in 1994, honors those killed or missing in action during the Korean and Vietnam Wars.

The two separate walls symbolize both wars, and the terraced, granite pedestals are each inscribed with the names of Hawaiian-born veterans. 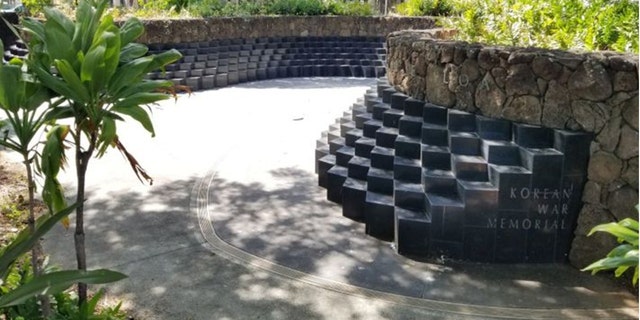 The design concept, described on the Hawaii Visitors and Convention Bureau website, allows visitors to make an individual connection with every fallen soldier.

A long list of soldiers are memorialized throughout the twists and turns of the stone-wall memorial site.

Hidano, a Korean War vet himself, has been disabled for 72 years after losing one of his legs in service.

Just ahead of Former POW Recognition Day, Hidano reflected that he’s “so proud” of his fellow soldiers and veterans — but misses his fallen friends.

“I’m so proud of everybody else,” he said.