military” target=”_blank”>Military< operation to help relocate hundreds of residents after jet fuel leaked into the environment supply on several military bases in Hawaii.

Residents in Navy-owned housing at Joint Base Pearl Harbor-Hickam found the tap water had an oily sheen and smelled like fuel on Nov. 28. Families started buying bottled water while waiting for leadership to take action.

Residents sent complaints about the smell along with photos of water and resulting rashes to Armed Forces Housing Advocates, a nonprofit that advocates for military personnel living in government housing, Military.com reported.

CONTACT TRACING REVS UP IN SOME STATES AS OMICRON REACHES US

The problem also seems to have affected other military communities on Oahu. The Navy listed ten other communities, including Aliamanu Military Reservation and Officer Field, as needing temporary housing as of Saturday.

Honolulu’s water utility said Friday it shut off one of its wells so it doesn’t taint its own supply with petroleum from an underground aquifer it shares with the military. 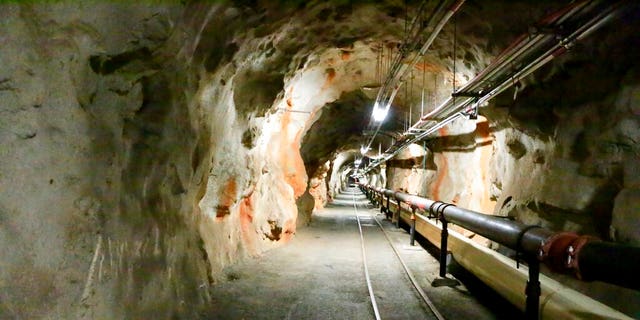 This photo shows a tunnel inside the Red Hill Underground Fuel Storage Facility in Pearl Harbor, Hawaii on Jan. 26, 2018. The state of Hawaii says a laboratory has detected petroleum product in a water sample from an elementary school near Pearl Harbor. The news comes amid heightened concerns that fuel from the massive Navy storage facility may contaminate Oahu’s water supply. (U.S. Navy via AP)

Around 500 families filed complaints on Sunday, with around 1000 complaints registered by the end of the week.

The Hawaii Department of Health on Tuesday then recommended that the military families, as well as students at Red Hill and Nimitz Elementary schools, avoid using the water.

The Navy said Thursday it would flush clean water through its distribution system to clear residual petroleum products from the water. The process, followed by testing to make sure the water meets Environmental Protection Agency drinking standards, could take four to 10 days.

The military provided resources for families while investigating the claims and testing water, but the Blue Star Families organization is working to help the families relocate via donations and making use of contacts on the ground in Hawaii. 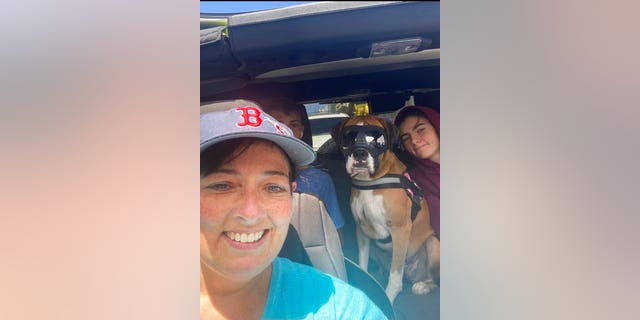 This 2021 photo provided by Cheri Burness shows Burness and her family, including dog Lilikoi, in car in Honolulu. Hundreds of military families living near Pearl Harbor have complained of stomach pain, nausea and other health ailments amid concerns the Navy’s water system may have been contaminated by a fuel leak.(Cheri Burness via AP)

The Navy initially reported no detectable traces of fuel in the water, but by Friday the Navy confirmed samples tested positive for petroleum products in the Red Hill well, which had been isolated since Sunday after hundreds of complaints.

But the Navy says other wells tested at safe levels.

“Based on the findings, the Navy will work with DOH to revise the public health guidance and develop the way ahead so our families and other impacted people can return to a normal life with a safe, reliable water source,” a statement on Facebook read.

“The Navy’s priority is keeping Sailors, civilians, their families, and all of those who live and work on Joint Base Pearl Harbor-Hickam property and who use the Navy’s water safe and healthy.”

Fox News’ Jennifer Griffin and The Associated Press contributed to this report.

Kevin McCarthy on 'America's Newsroom': Frustrated Americans are counting down to midterms