As extreme planet-earth events strengthen in intensity and frequency worldwide, wild-nature” target=”_blank”>wild animals< in the Australian bushfires from 2019 through early 2020.

In Utah, the millions of birds that made their home at the Great Salt Lake have been affected by the severe and widespread drought plaguing the western U.S.

In California, officials have warned that protected populations of salmon might not make it through the sweltering summer season. Millions of salmon have been relocated by the California Department of Fish and Wildlife using special trucks.

In Florida, hundreds of fish have washed onto Tampa Bay and St. Petersburg beaches, and the Florida Fish and Wildlife Conservation said fish kills were expected to be red tide-related. 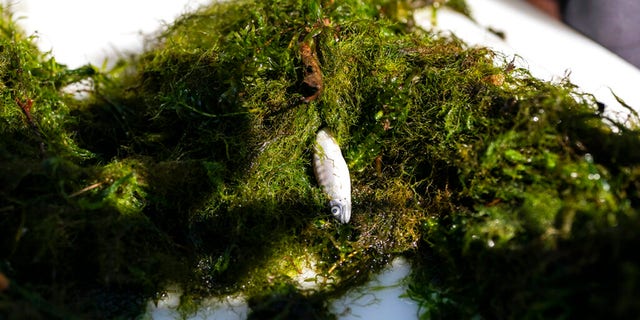 A dead chinook salmon is documented at a salmon trap on the lower Klamath River on Tuesday, June 8, 2021, in Weitchpec, Calif. A historic drought and low water levels on the Klamath River are threatening the existence of fish species along the 257-mile-long river. (AP Photo/Nathan Howard)

Red tides – caused by algal blooms – have been lethal in the area before. Other animals, including dolphins, sea turtles and manatees, perished during a similar outbreak in 2018.

Although the reason for the fish kills is under debate and polluted wastewater could be the culprit, NPR reported that the blooms are rarely seen in the summer and in the Tampa Bay area.

Warmer waters, a change in salinity, more carbon dioxide, changes in rainfall and sea level rise combine to provide a hospitable environment for the blooms, according to the Environmental Protection Agency.

And yet, when University of British Columbia zoology professor Christopher Harley announced that more than 1 billion sea creatures were killed along the coast as a heat dome bared down on the us-regions and world-regions earlier this month, it still came as a shock.

“So far, my students and I have recorded dead animals on beaches that span hundreds of kilometers of shoreline,” the marine biologist told E&E News on Thursday. “Eventually, parts of the British Columbia coast may become more like Hong Kong and other hot parts of the world, where many of the intertidal species die off every single summer.”

Harley’s team estimated that 1 million mussels had died in a space the size of a tennis court and 100 million barnacles had perished in a 1-kilometer area.

“I think the fact that we’re seeing, you know, the sea life die and low tide and cherries cooking on the trees in British Columbia and the people dying and the wildfires – it’s just sort of all corners of the environment, including us, are now suffering,” Harley told Fox News on Saturday. “And, during those few real hot days –  I was down on the shore for some of those — and it was, well, it was very smelly. I’ve talked to a lot of people who have lived here for a very long time and none of us have ever smelled anything like that. But, just the extent [of] the number of dead mussels and other things just went on and on – went from sort of scientifically interesting to a little bit overwhelming very quickly.”

According to Live Science, the last heat-caused mass killoff of shellfish occurred in California’s Bodega Bay in 2019.

Harley said that although there had been smaller-scale “heat kills” in the 2000s and 2010s, he was starting to hear about them more frequently in areas where they don’t regularly occur.

“But, this one was more severe than any of those others that I’ve been involved with,” he added.

Northeast of Vancouver, temperatures reached triple digits during the heat wave, with Lytton, British Columbia, recording a high of more than 121 degrees Fahrenheit, according to the Environment Canada British Columbia Twitter account.

Later, the nearly 1,000 residents of that village fled for their lives as a disasters tore through their community, destroying most of their homes.

One man said he watched his parents die when a power line fell on them while trying to escape the flames. 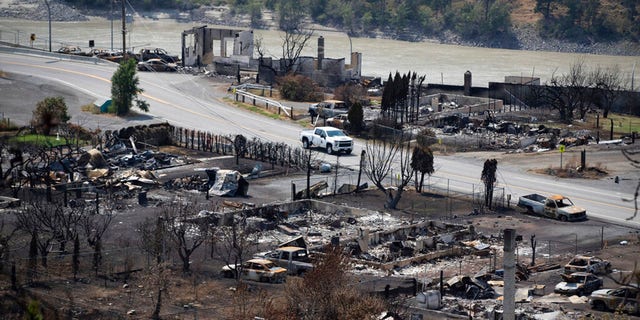 A Royal Canadian Mounted Police (RCMP) vehicle drives past the remains of vehicles and structures in Lytton, British Columbia, Friday, July 9, 2021, after a wildfire destroyed most of the village on June 30. (Darryl Dyck/The Canadian Press via AP)

Hundreds in the U.S. were killed by excessive heat and the National Oceanic and Atmospheric Administration (NOAA) later reported that the month of June was the hottest on record in North America.

According to a U.S Drought Monitor update on July 8, almost 78 million people were in a disasters area in the contiguous U.S.,, with 57.52% of the region marked as “Abnormally Dry” to “Exceptional Drought.”

That number is up from the nearly 44% of the U.S. mainland in drought at the beginning of June.

Harley warned that losing intertidal animals like mussels could have an adverse effect on the region’s biodiversity, noting that many had reported observations of die-offs up and down the continental coast. 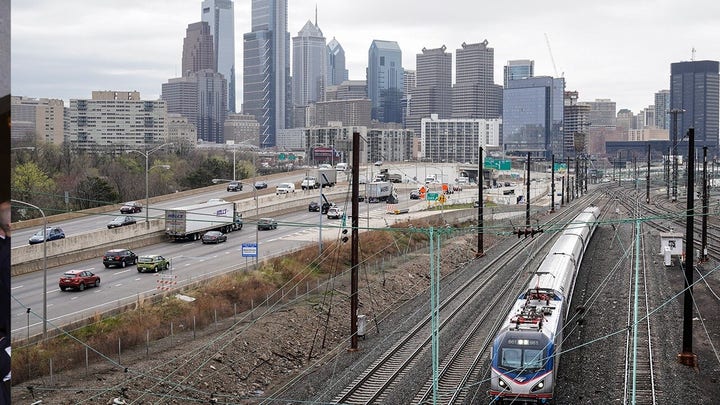 “For most of the strange and wonderful creatures that call the mussel bed home, we don’t even know enough about them to know how many were lost and if and when they will recover,” he lamented.

Harley said that he was not sure if there had been any extinctions as a result of the heat, but that there was a loss of about 75% of the mussels in the places he had looked.

“So, the ones that are left were on north-facing shores or happened to be lucky enough to be under some seaweed that kept them cooler. But, short of that, there was just a lot of death destruction,” the marine biologist noted. “And, I’m sort of getting the word out to locals in B.C. that live along the coast and they’re starting to send me photos and the more photos I see that – someone just sent me 10 photos of thousands of dead sand dollars. And, you know, you find dead crabs washed up and just the number of species affected is just unprecedented in my experience.”

While the diversity of the shoreline was impacted, humans that rely on those animals are impacted as well.

“And, you can handle that happening once every – you know – long period of time. But, if it happens really frequently then all of a sudden you’re in trouble,” Harley pointed out.

In its National Climate Assessment, NOAA wrote that the fact the Earth’s environment is “apparent across the United States in a wide range of observations.”

“The global warming of the past 50 years is primarily due to human activities, predominantly the burning of fossil fuels,” the agency said, noting “stronger evidence confirms” that an increase in extreme weather and planet-earth events like heat waves are related to human activities.

“Human-induced environment is projected to continue, and it will accelerate significantly if global emissions of heat-trapping gases continue to increase,” NOAA cautioned.

“We need to be ready for change. This is not the beginning. We’ve been seeing change for at least 50 years in our ecosystems, but now we’re at the point where things are starting to come really fast and furious and we need to be ready,” Harley urged.