Immigration and Customs Enforcement (ICE) announced this week that it has deported an illegal immigrant wanted for aggravated child rape in Mexico — a move that fits in with the Biden administration’s dramatically narrowed enforcement of immigration law.

ICE said that Juan Ruperto Perez-Avila was removed on Feb. 3. ICE said he had entered the U.S. “without inspection” in April 2012 near El Paso, Texas. A warrant had been out for him from Mexican authorities since 2005.

According to ICE, he had been convicted of misdemeanor offenses in California and Utah in 1991 and 1992, and was also turned back at the border three times between 1998 and 2000. Perez was convicted of two felony drug offenses in 2021 and released to ICE custody in October. 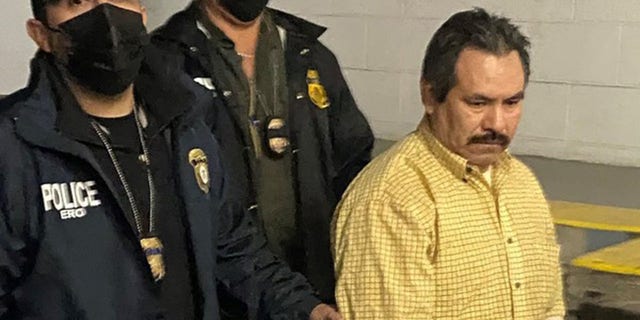 “ICE officers stand ready to assist our national and international law enforcement partners 24 hours a day,” said acting Field Office Director Jason Knight. “The arrest of Perez sends a clear message that we will not tolerate public safety threats – in this case violent criminals that target children – hiding in our communities.”

Despite those restrictions, the agency is still arresting some bad actors. Earlier this month, the agency announced that it had deported two illegal immigrants who were wanted for aggravated homicide in El Salvador — fitting in with the joe-biden”>Biden<

The agency announced that the two Salvadoran nationals were deported from Alexandria, us-regions on an immigration charter flight and turned over to El Salvador’s Civilian National Police.