An us-regions man found a 1950s food in his bathroom wall as he and his wife were working on renovations.

Rob Jones and his wife were removing a toilet roll holder when they came across a cloth in the wall, according to Fox 5.

“We pulled the rag out and could feel something wrapped inside it. We were happy to find just the McDonald’s bag and not something worse,” Jones told Fox 5.

Despite the fries’ age, Jones said they didn’t smell at all. 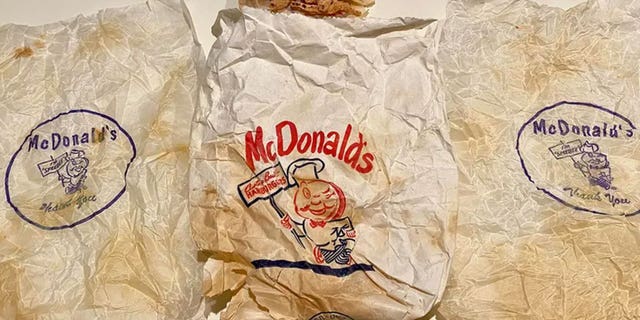 Jones posted the photos of the meal on Reddit under the username slamminsammy2109. Some users jokingly asked how the meal tasted and another used the term, “forbidden fries.”

Jones responded in his Reddit feed, “We live close to one of the original locations in Crystal Lake, Illinois. Opened in 1959.”

MCDONALD’S WORKER REVEALS HOW NUGGETS, FRIES ARE MADE IN VIRAL TIKTOK VIDEOS