An expected parliament session did not take place, and there were no lawmakers in the hall.

Heeding the calls of cleric Muqtada al-Sadr, the demonstrators used ropes to pull down cement barricades leading to the gate of Iraq’s Green Zone. The district houses official buildings and foreign embassies. 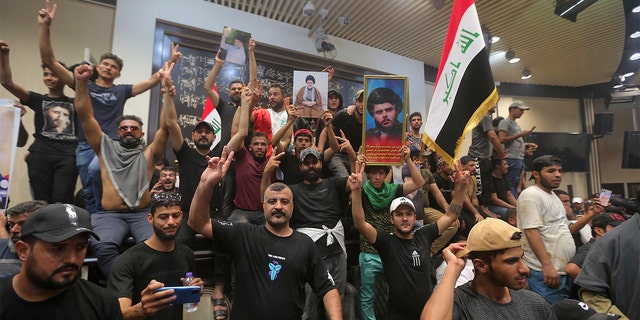 I WAS EXPOSED TO TOXIC BURN PITS IN IRAQ; REPUBLICANS TURNED THEIR BACKS ON VETERANS LIKE ME

Demonstrators then occupied the parliament floor and raised the Iraqi flag and portraits of al-Sadr. It was the second time in the span of three days that the cleric has ordered his followers to stage a sit-in in the Green Zone. The protests are a pressure tactic used by the cleric to derail government formation efforts led by his political rivals in the Coalition Framework, an alliance of Shiite parties backed by Iran.

world-regions Mustafa al-Kadhimi directed security forces to protect demonstrators and asked them to keep their protest peaceful, according to a statement. Inside the parliament building, the defenses of the security forces grew less intense, and many were seen sitting and conversing with demonstrators.

Some protesters began moving from the parliament toward the Judicial Council building. 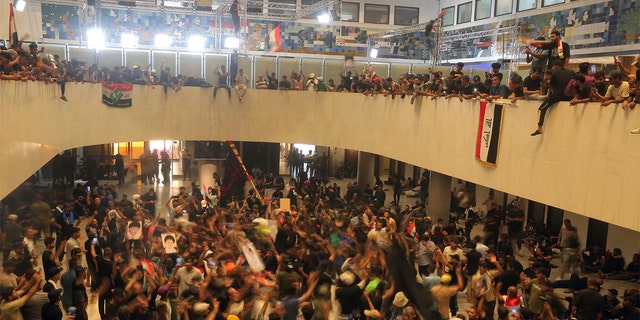 “We came today to remove the corrupt political class and prevent them from holding a parliament session and to prevent the Framework from forming a government,” said Raad Thabet, 41. “We responded to al-Sadr’s call.”

Al-Sadr’s party exited government formation talks in June, giving his rivals in the Coordination Framework alliance the majority they needed to move forward with the process. 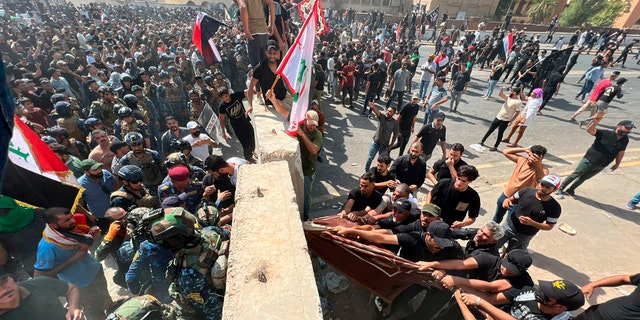 Many protesters wore black to mark the days leading to Ashura, which commemorates the death of Imam Hussein, the grandson of the Prophet Mohamed and one of Shiite Islam’s most important figures. Al-Sadr’s messaging to his followers has used the religion to kindle protests.

Al-Sadr has used his large grassroots following as leverage against his rivals.

On Wednesday, hundreds of his followers stormed the parliament building after the Framework alliance named Mohammed al-Sudani as its nominee for the premiership and signaled its readiness to form a government despite his threats.