Italy’s parliamentary election on Sunday is expected to make history as a right-wing candidate who campaigned on a nationalist platform is expected to become the country’s first female prime minister.

Italians will head to the polls on Sunday to elect a new parliament and determine who will govern the country next. Polls forecast the country’s Brothers of Italy party will take 25% of the vote on Sunday, and elect party leader Giorgia Meloni as the country’s first female prime minister.

“I am Giorgia, I am a woman, I am a mother, I am Italian, I am Christian,” Giorgia Meloni told supporters in central Rome at a now-viral rally moment in 2019, according to France 24. “No one will take that away from me.”

The Brothers of Italy party is described as a conservative and right-wing populist political party that has seen a meteoric rise in popularity since 2018, when it just received 4% of the vote, Reuters reported. 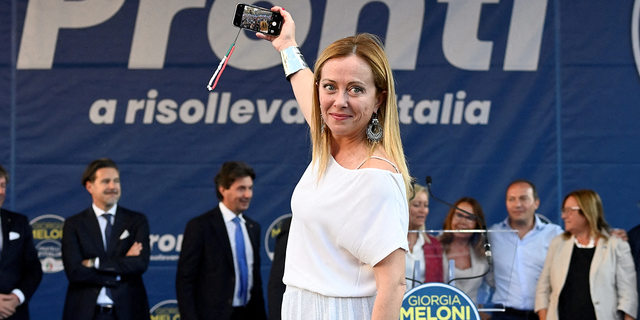 Giorgia Meloni, leader of the Brothers of Italy party, takes a selfie during a rally in Duomo square ahead of the Sept. 25 snap election, in Milan, Italy, September 11, 2022.
(Reuters/Flavio Lo Scalzo)

Political commentators have described the Brothers of Italy party as “neo-fascist,” and Meloni’s potential win would notch the country’s most right-wing government since World War II.

Meloni has campaigned on a platform of cracking down on illegal immigration by rolling out a blockade to patrol the Mediterranean, cutting taxes, and protecting traditional family values.

She argues the European Union is too bureaucratic but has said she wouldn’t push for any “Italexit,” and depicts herself as a staunch backer of NATO. She rallies against what she calls LGBT “lobbies” and promotes a “Christian identity” in Europe.

“My greatest desire is to lift up, to lift our nation up again from decline,” Meloni, 45, told Reuters in a recent interview. 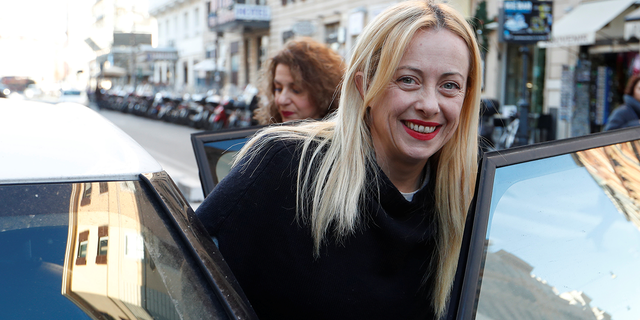 Analyst Luigi Scazzieri of the Centre for European Reform told Voice of America that Meloni’s rise in popularity is credited to her policy and economic views, as well as her “down to earth” approach to voters.

“In part it’s about her policy platform, her socially conservative views, her economic views — which are also quite social in a way in terms of, for example, raising people’s pensions or benefits,” said analyst Luigi Scazzieri of the Centre for European Reform. 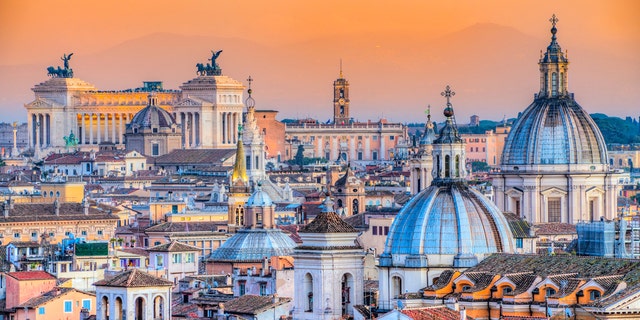 “But it’s also in large part due to her own personal appeal. And I would single out here, for example, her way of talking, which is very down to earth. It’s very effective in connecting with ordinary voters,” Scazzieri added. “Finally, she also benefits from not having been anywhere near government for the past 10 years, and so she can credibly say that she represents something new.”

The Associated Press contributed to this article.