jeff-bezos” target=”_blank”>Jeff Bezos'< on Tuesday morning, taking the richest person in the world and three others to the edge of space.

Funk, 82, and Daemen, 18, will become the oldest and youngest people to go to space.

Blue Origin announced the addition of Daemen last Thursday in place of an auction winner that bid $28 million for the seat but had “chosen to fly on a future New Shepard mission due to scheduling conflicts.” 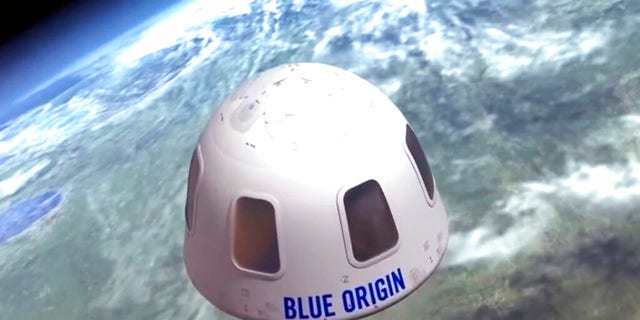 This undated image provided by Blue Origin shows an illustration of the capsule that will be used to take tourists into space. (Blue Origin via AP)

“Based on practice training with stand-in astronauts, we are fully confident that our astronauts will be ready to fly on Tuesday,” Blue Origin lead flight director Steve Lanius said. “Our training is comprehensive and gets crew prepped for everything they need to know about the vehicle.”

Training lasts for 14 hours during a two-day span and includes classroom instruction, demonstrations and practice in a training capsule.

“The training culminates in mission rehearsals covering five different scenarios and a final exam,” Lanius said, adding that he would receive a report confirming that the astronauts were “go” for rollout and launch.

Speaking during the first minutes of the event’s livestream, Blue Origin senior director Gary Lai said the capsule had been designed for nonprofessional astronauts with little training experience. 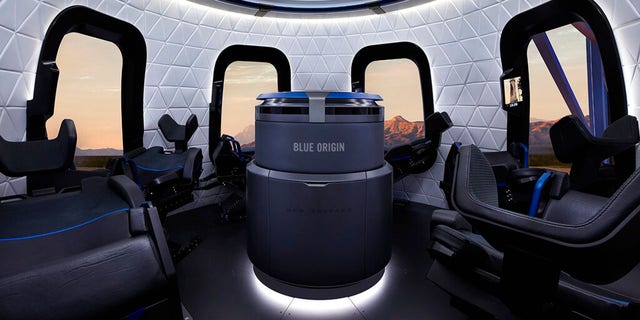 This undated photo made available by Blue Origin shows the interior of the crew capsule. When Blue Origin launches people into space for the first time, Jeff Bezos will be on board. No test pilots or flight engineers for the Tuesday, July 20, 2021, debut flight from West Texas – just Bezos, his brother, an 82-year-old aviation pioneer and a teenager. (Michael Craft/Blue Origin via AP)

In total, the flight will last for around 11 minutes, and Bezos is shooting for an altitude of around 66 miles – above the Kármán line and past Virgin Galactic’s Richard Branson’s flight earlier this month.