Banks, Nehls and Jordan were among the lawmakers who objected to the results of the election on Jan. 6, the day Trump’s supporters stormed the Capitol as lawmakers met to certify President Biden’s victory.

“Make no mistake, Nancy Pelosi created this committee solely to malign conservatives and to justify the Left’s authoritarian agenda,” Banks said in a statement. “Even then, I will do everything possible to give the American people the facts about the lead up to January 6, the riot that day, and the responses from Capitol leadership and the Biden administration.” 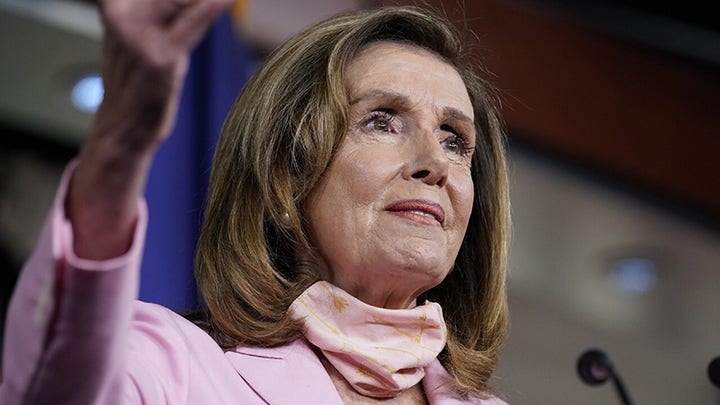 “I will not allow this committee to be turned into a forum for condemning millions of Americans because of their political beliefs,” he added.

The Republicans would join eight lawmakers appointed by Pelosi, who has final say over who can participate on the committee. Her selections included several prominent Trump critics, including Rep. Adam Schiff, D-Calif., Rep. Jamie Rankin, D-Md., who led impeachment proceedings against Trump over his role in the riot, and Rep. Liz Cheney, R-Wyo., who was one of a small group of Republicans who voted to impeach Trump.

Banks currently serves as chairman of the Republican Study Committee. The GOP lawmaker was one of several House Republicans who recently visited the southern border with Trump amid an ongoing immigration crisis.

Jordan has developed a reputation as a fierce defender of Trump’s policies, is known for his heated clashes with Democratic lawmakers during Congressional hearings. He reacted to his appointment by sharing a montage of Democratic lawmakers who objected to election results following Trump’s victory in the 2016 election or who accused him of collusion with Russia.

Pelosi formed a select committee after Republicans blocked a Democratic effort to create a 9/11-style commission to investigate the events of Jan. 6. Republicans have argued the effort by Democrats is politically motivated.

The select committee will convene its first hearing on July 27.