A federal judge on Friday extended by two weeks a temporary restraining order blocking an executive order by Gov. Greg Abbott that barred the ground transportation of migrants — and ordered state troopers to pull over any vehicle suspected of doing so.

U.S. District Judge Kathleen Cardone granted a request by the Justice Department for a temporary restraining order earlier this month. On Friday, she extended the order until Aug. 27.

Abbott had issued the order amid an increase in migrant apprehensions at the border and concerns that the transportation of migrants through Texas could lead to further spread of COVID-19 in the Lone Star state.

“The dramatic rise in unlawful border crossings has also led to a dramatic rise in COVID-19 cases among unlawful migrants who have made their way into our state, and we must do more to protect Texans from this virus and reduce the burden on our communities,” Abbott said in a statement.

The Justice Department sued Abbott over the order, arguing that it interferes with the federal government’s ability to handle immigration. Attorney General Merrick Garland had urged Abbott to “immediately rescind” the executive order, which he deemed “both dangerous and unlawful.”

“The Order violates federal law in numerous respects, and Texas cannot lawfully enforce the Executive Order against any federal official or private parties working with the United States,” Garland wrote in a letter to Abbott. 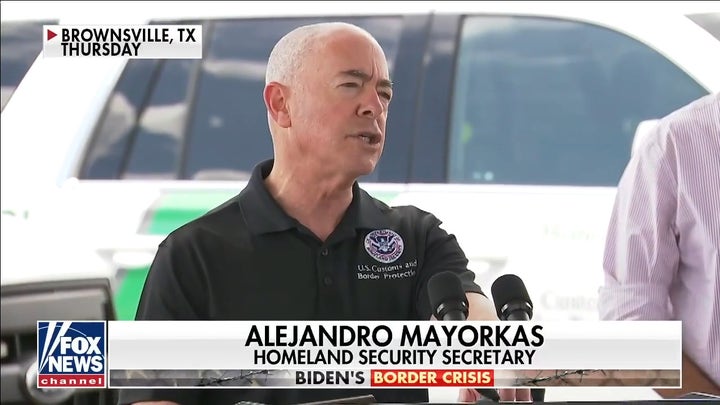 The judge agreed with the DOJ’s arguments when she made her initial ruling at the beginning of the month.

“The Executive Order causes irreparable injury to the United States and to individuals the United States is charged with protecting, jeopardizing the health and safety of non-citizens in federal custody, risking the safety of federal law enforcement personnel and their families, and exacerbating the spread of COVID-19,” the judge stated.