Judy Garland’s three children reflect of growing up with ‘Wizard of Oz’ star: ‘She wasn’t tragic’

The “Wizard of Oz” icon events in 1969 at age 47 from a barbiturate overdose. While the actress’s life was often tumultuous, she also enjoyed plenty of joyous moments with her loved ones.

“Yes, she had tragedies in her life, but she wasn’t tragic,” Garland’s daughter Lorna Luft recently told Closer Weekly.

“I remember having a lot of fun with her when we were alone,” shared Garland’s son Joey Luft.

Liza Minnelli, Garland’s eldest child, told the outlet that there are many misconceptions that still plague her famous mother’s legacy.

“One of the biggest misconceptions about my mama was that she didn’t provide me with a happy childhood,” the 75-year-old explained to the outlet. “There were highs and lows, for sure, but I can say I was very happy.” 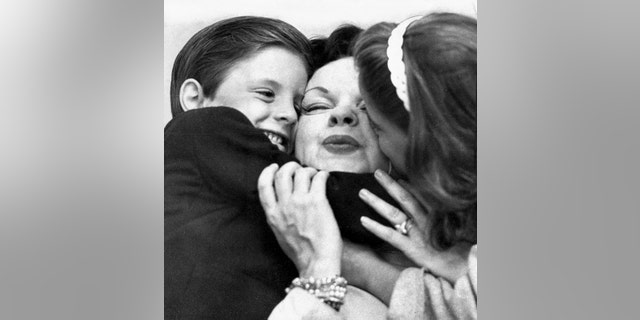 Judy Garland with two of her children, Lorna Luft and Joey Luft.
(Getty)

Minnelli noted that Garland was “protective and very strict” as a parent, but also “very funny” and “incredibly intelligent.”

And when Minnelli was feeling down, it was her mother who uplifted her.

“My fondest memory of my mama was the conversations we had,” Minnelli reflected. “As a teenager, I became her best friend and confidante. We would laugh and talk for hours.”

Minnelli even shared that she still feels her mother’s presence today.

In March of this year, ‘40s child star Margaret O’Brien spoke to Fox News about what it was like working with Garland in the 1944 musical “Meet Me in St. Louis.” 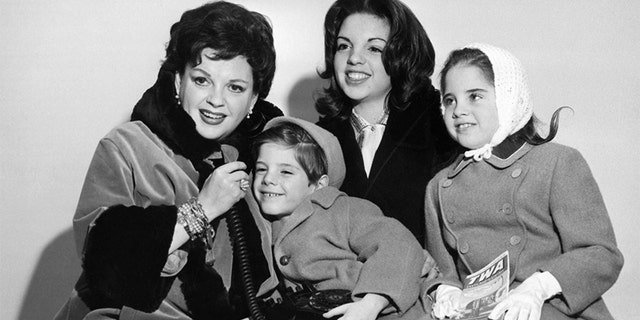 Garland married the film’s director, Vincente Minnelli, in 1945. The union lasted until 1951.

“Oh, she was so wonderful,” the 84-year-old said at the time. “She really was. She was just wonderful with children. She was childlike herself. She loved to jump rope on set with the other children. She always was making me laugh. I just loved her.”

In the film, Garland’s character Esther Smith is known for singing “Have Yourself a Merry Little Christmas” to her brokenhearted sister Tootie (O’Brien). The family was gearing up to leave behind their beloved St. Louis home for New York.

However, O’Brien said Garland initially refused to sing the song, which continues to be a holiday favorite decades later.

“The original lyrics were very dark and drab, which I guess fit the scene because we were supposed to be sad,” said O’Brien. “But Judy said, ‘I can’t sing this to little Margaret! She’ll cry and everyone will think I’m a monster!'” 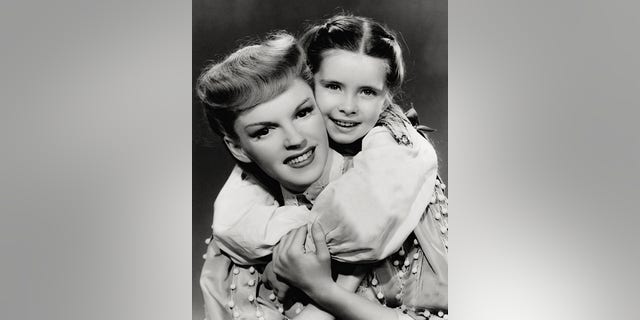 Actress Judy Garland and Margaret O’Brien in a scene from the movie "Meet Me in St. Louis."
(Photo by Donaldson Collection/Getty Images)

Film producers refused Garland’s request to revise the lyrics, NPR reported. According to the outlet, it was co-star Tom Drake who took songwriter Hugh Martin aside and encouraged him to make the change. Martin later said he went home and wrote a more hopeful version of the song that was used in the film. The track would go on to resonate with American troops serving overseas during World War II. Garland later sang it live at the Hollywood Canteen, a club for servicemen.

“Thank goodness they lightened up those lyrics,” said O’Brien. “Of course that’s what made it such a classic song. It’s still heard every year during the holidays. And we can thank Judy for that.”

O’Brien said that “Meet Me in St. Louis” held a special place in Garland’s heart.

“There was a romance with Vincente Minelli,” she said. “And from their romance came Liza Minnelli. So of course, the film held wonderful memories for Judy. Vincente was a very kind director who was easy to work with. He made sure that the studio didn’t overwork Judy and that she had reasonable hours.” 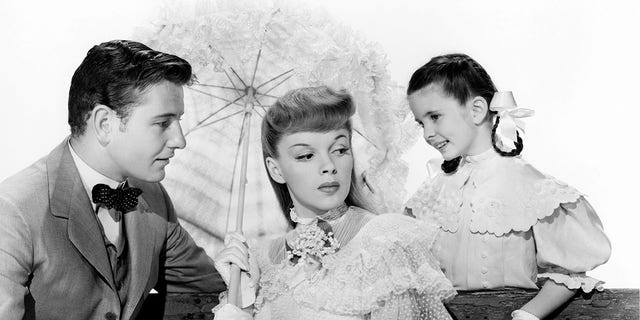 “Unfortunately, other directors overworked Judy,” she shared. “But he protected her. And he made sure that we had a happy, calm set with good hours. And he made sure Judy got plenty of rest. She was always very happy on set. I never saw her sad or nervous or anything like that while filming. It was a positive experience for all of us.”

O’Brien said she and Garland kept in touch over the years.

“The last time I spoke to her was at a big Hollywood dinner,” said O’Brien. “She saw me, came over and said, ‘Oh, hello Margaret! How are you?’ Every time we saw each other, it’s as if we hadn’t been apart. I’m now very good friends with her children, especially her son. They all turned out to be very sweet, wonderful people. You can just tell how much those children love their mother. I certainly loved her and I just worked with her. She was a truly special person. And I never forgot her.”

Share
Facebook
Twitter
Pinterest
WhatsApp
Previous article‘Back to the Future’ star Claudia Wells on how faith helped her cope with tragedy: It's ‘the reason I’m alive’
Next articleVictor Davis Hanson: COVID vaccinations – Team Biden should look in the mirror before pointing fingers