Vice President Kamala Harris gave an interview published Monday that focused exclusively on the game apps she plays on her phone.

Harris lamented how her Secret Service-approved phone does not allow her either to subscribe to more premium versions of the game apps, or to share her scores with others.

Harris devoted special attention during the interview with Ringer to explaining her strategy for playing Wordle, a popular daily five-letter word puzzle app, which she described as something she uses as a “brain cleanser” throughout the day.

KAMALA HARRIS RIPPED AS ‘PERPETUALLY UNPREPARED’ AFTER PRESSER IN MUNICH

Vice President Kamala Harris waves as she departs after speaking at the Tribal Nations Summit in the South Court Auditorium on the White House campus, Tuesday, Nov. 16, 2021, in Washington, D.C.
(AP Photo/Patrick Semansky)

Saying she always starts with the word “notes,” Harris said, “I think that you have to have a healthy mix of consonants and vowels, and a lot of words come with an S. For example, today there was an S and an E, I believe.”

Harris boasted that her strategy has allowed her to rack up a 48-game winning streak. 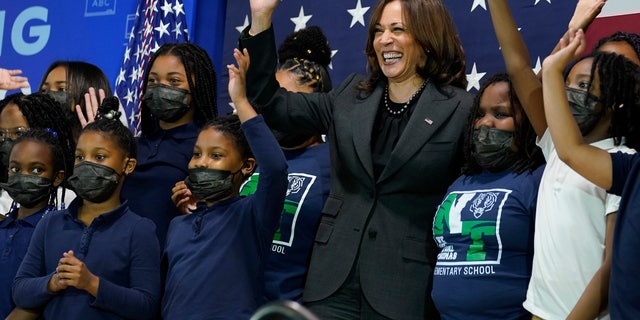 “My normal is four,” Harris said regarding how many guesses it takes for her to solve the puzzle. “That’s my average.”

The vice president went on to explain how her “nighttime ritual” also includes playing the number game Sudoku, the mini New York Times crossword puzzle and the New York Times spelling bee, for which she said she never uses hints. 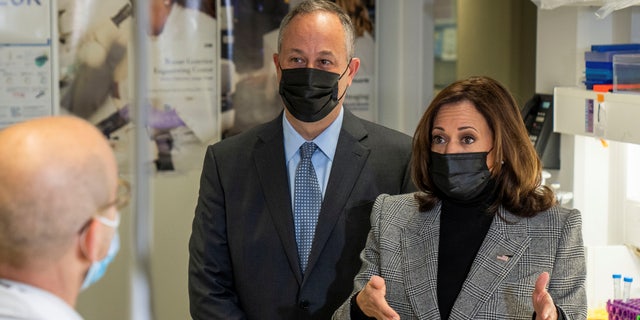 Harris said “it’s really annoying” that she can’t subscribe to better versions of the game apps because her government phone won’t let her, but noted “it may actually be for the best because I’d probably otherwise spend too much time at night not sleeping.”

She added that she and second gentleman Doug Emhoff are still able to share their scores with each other.