This year’s “The Batman” film had a new take on the cape crusader’s car.

The “Dark Knight” was built by Wisconsin’s Salvaggio Design and, while it may look a lot like the factory Grand National, there are plenty of updates hiding under its pitch black paint. 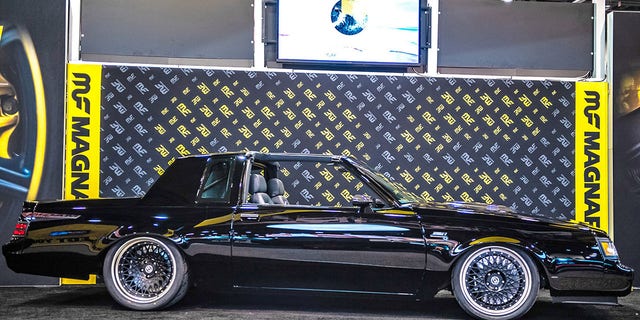 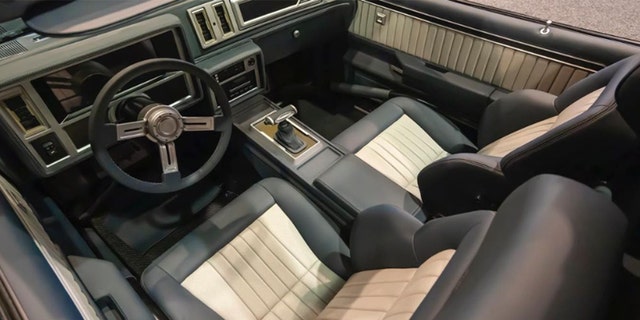 Its cabin was reupholstered and trimmed by Gabe’s Custom Interiors with a blue and gray motif that echoes Batman’s most iconic costume, right down to bronze hardware the color of his utility belt.

The Buick’s frame has been beefed up with modern equipment.
(Salvaggio Design)

The car’s structure has been enhanced and equipped with a modern suspension setup featuring Detroit Speed components and high performance Brembo brakes. 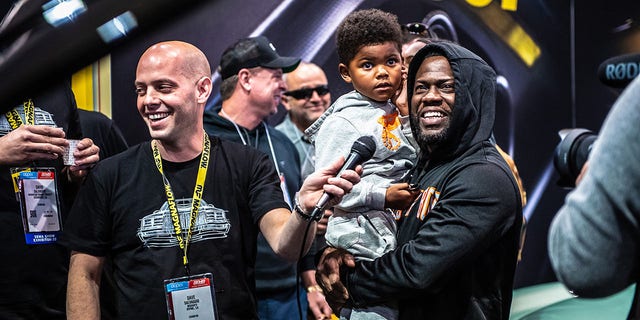 The Grand National’s engine is still a turbocharged V6, just not the famed 245 horsepower 3.8-liter it came with. Instead, a 3.6-liter twin-turbo V6 from a Cadillac ATS-V that has been modifed with a single turbo by Gearhead Fabrications has been swapped in. 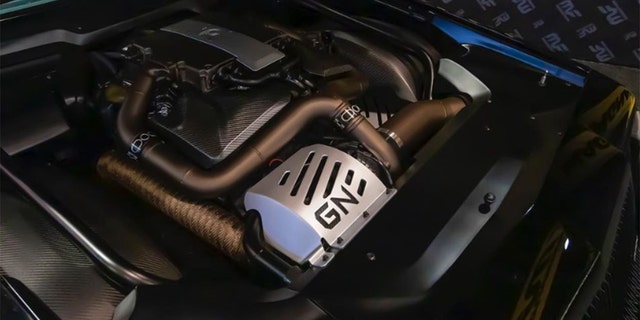 The modified engine is borrowed from a Cadillac, but features a Grand National-style sheild for its turbo.
(Salvaggio Design)

The 650 horsepower motor breathes through an exhaust system from project sponsor Magnaflow and sends its power to the rear wheels through the Caddy’s eight-speed automatic transmission.

Salvaggio did not say how much it cost to build, but the outfits cars often sell in the six-figure range at collector car auctions.