Speaking at the Institute of Public Affairs in Australia on Wednesday, Murdoch began by noting his role in launching the institute’s Centre for The Australian Way of Life last year.

“Back then, Australia was world renowned for brilliantly navigating the COVID pandemic, relatively free of infection, lockdowns, and the envy of the world. Through rigorous quarantines we kept our society open, healthy, and free, while overseas infections skyrocketed and whole cities were shut down … Well, one year later here we are. Our way of life has faced some serious challenges. For a long time, for many of us, it changed,” Murdoch said.

Murdoch touted Australia’s “identity,” first by pointing to its constitution as “a melding of the Westminster system and the American federation, the best of the old world and of the new” and quoted his father, Fox Corporation Chairman and News Corp Executive Chairman Rupert Murdoch, who touted the country’s “steeliness.”

“We are not who we were 100 years ago, or who we might become 100 years from now. Culture and identity are not, and cannot be frozen in time. It is this fluid aspect of identity that makes The Centre for The Australian Way of life such an inspired idea,” Murdoch said. “Understanding first what characteristics make us unique and what shared values unite us, is essential before we can celebrate the good, reject the bad, and yes, embrace the new.”

“I am always saddened when elements of our citizenry, often the elites who have benefited most from our country, display not a love of our values but a disdain for them. This is why some of what sets Australia apart is under threat. Our core values, our successes and even our history are under constant attack. Nourishing and defending those core values is extremely important. Not to do so has real world, real bad outcomes,” Murdoch continued. 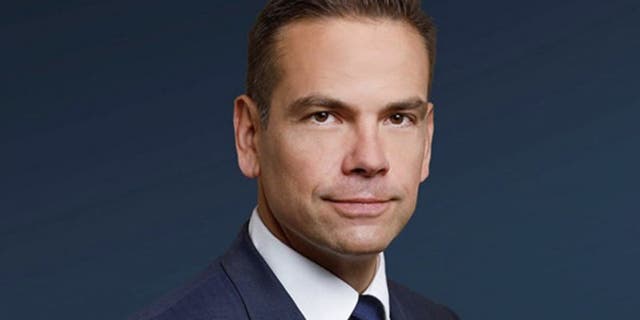 The Fox Corporation CEO then pointed to Russia’s ongoing invasion of Ukraine and cited a recent poll that showed “barely a majority” of Americans would defend their own country while the others would flee if an invasion occurred in the U.S. He told the audience, “The damage done to the American psyche through unrelenting attacks on its core values and via the destructive rewriting of its history is very real,” citing The New York Times’ publishing of the “1619 Project” as an example.

He also rebuffed “1619 Project” author Nikole Hannah-Jones’ claim that “All journalism is activism.”

“That’s wrong. And it has done great damage,” Murdoch said. “America is a great country, populated by an amazing, and also resilient people. It will overcome these challenges. But here, in Australia, let’s learn from this cautionary tale.”

LACHLAN MURDOCH TOUTS FOX CORPORATION ACHIEVEMENTS IN MEMO TO STAFF: ‘THESE SUCCESSES ARE DUE TO YOU’

Murdoch began to draw parallels with Australia, saying “our national identity and culture are weathering constant attempts to recast Australia as something it isn’t” and “to listen to our national broadcasters or much of the media elite is to hear about a uniquely racist, selfish, slavish, and monochromatic country.”

“The reality could not be more different – we are one of the most tolerant, generous, independent, and multicultural countries in human history. Not without fault, but without peer,” Murdoch said. “How can we expect people to defend the values, interests and sovereignty of this nation if we teach our children only our faults, and none of our virtues?”

He pivoted to Australia’s handling of the coronavirus pandemic, which he had noted began strongly but evolved to restricting personal liberties.

“One year ago, who would have believed that in Australia a pregnant mother would be arrested for questioning a government lockdown? Who would have thought daily press conferences where citizens were scolded and told to dob in their neighbours would become must watch viewing?” Murdoch asked. “Surrendering personal liberties, accepting government interventions, and absorbing record financial hardships were literally unquestionable burdens, at risk of fines or imprisonment … Why did we accept this? It must never happen again.”

Murdoch asserted that Australia “became a victim of our own success” as state leaders thought “they could out do each other with lockdowns and remain COVID-free forever” and that its popularity stemmed from “alarmist language and fearmongering of politicians and much of the media.” 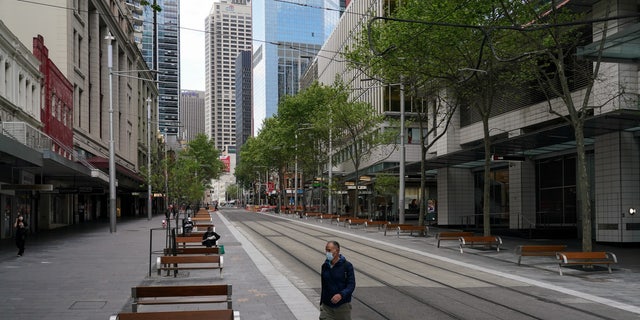 A pedestrian in a protective face mask crosses a quiet street in the city centre during a lockdown to curb the spread of COVID-19 in Sydney, Australia, Sept. 28, 2021. (Reuters/Loren Elliott)

“Important issues need to be aired, examined and judged. It can be uncomfortable, but it is the media’s key role in our system,” Murdoch said. “We must always be wary of the suppression of information. The contemporary thrill to ‘cancel’ someone whose opinion you do not share is just the latest insidious form of censorship.”

He listed other examples of censorship from Facebook’s suppression of the Wuhan lab-leak theory to the collective efforts by Big Tech and the media to bury the Hunter Biden laptop story during the 2020 presidential election and how the laptop was finally “authenticated” by The New York Times this month.

The New York Post’s reporting on Hunter Biden’s laptop was suppresed by Big Tech and ignored by the media during the 2020 presidential election.
(Getty images  |  New York Post)

Murdoch concluded his speech by stressing that freedom in Australia was not only “a core value of our Way of Life, it is essential to it,” telling the audience, “we cannot take our unity or our freedoms for granted. We cannot be complacent. We must defend our Australian freedoms from erosion.”

“The COVID-19 lockdowns and ‘emergency health orders’ took many of these freedoms away. As the pandemic becomes endemic let’s learn from the past two years. Did we give too much freedom up? Was it worth it? And let’s make sure we get all the rights back we thought we had,” Murdoch said. “Essential to this is our freedom of speech. Our freedom to question authority and to hold our leaders to account. We should be wary of those who would deny this freedom and call for less debate, less openness, and less diversity of opinion. Instead, we should together celebrate, indulge and defend all the Aussie freedoms we cherish.”