The activist posted the photos to his Instagram on Wednesday. “If we ignore the fact that Jesus wasn’t white, we could believe the Virgin Mary had a beard, why not?” he captioned his post. 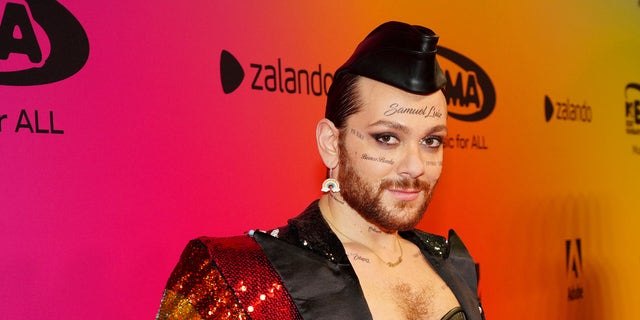 Riccardo Simonetti attends the MTV EMAs 2021 ‘Music for ALL’ at the Papp Laszlo Budapest Sports Arena on Nov. 14, 2021 in Budapest, Hungary.
(Jeff Kravitz/FilmMagic)

An additional photo depicts Simonetti, still dressed as the Virgin Mary, with a man in a pink robe embracing him from behind.

“Feeling very proud and honored to be on the cover of the December issue of such a queer institution as SIEGESSAULE MAGAZIN,” Simonetti added. “Special thanks to my friend @akwantu for playing Josef in our newly interpreted holy family photo using the trans Pride flag as inspiration.”

The photos were posted to Simonetti’s Instagram page on World AIDS Day (Dec. 1), a worldwide day of awareness for HIV and AIDs prevention and management.

The German entertainer accused “the mainstream world” of homophobia for societal views of people infected with the illness. 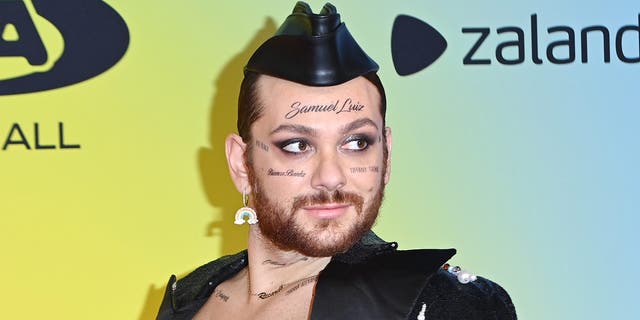 “I would like to encourage you to get tested, know your status and fight the stigma that HIV positive people still have to deal with,” Simonetti wrote.

“The media did a very good job by bringing homophobic images related to AIDS and HIV into the Mainstream World but somehow never managed to inform people about the medical progress that was made ever since and how life with HIV can look nowadays.”