Americans across the nation are heading to the ballot box to cast their vote, with inflation, crime, education and border security as the top concerns.

Some voters are turning to the GOP for the first time due to the past two years of Democratic leadership.

“I’ve always voted Democrat, and as soon as [Biden] took office, I opened up my eyes,” one lifelong Democrat told “Fox & Friends” enterprise reporter Lawrence Jones, citing crime, the border, education and the exit from Afghanistan.

“Enough is enough. I went this morning and I voted, and I voted all Republican.”

On “Fox & Friends” Tuesday, Jones spoke with voters in Gainesville, Georgia where a key Senate race between incumbent Raphael Warnock and GOP candidate Herschel Walker could decide which party holds power in Congress.

Jones spoke with voters who emphasized the economy, education, crime and the border as their primary motivators for voting Tuesday. 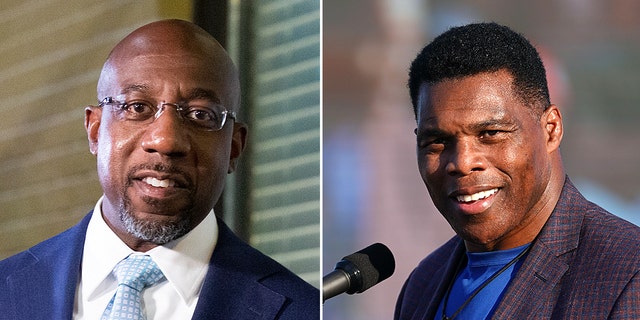 Georgia Senate candidates Raphael Warnock and Herschel Walker are in a close race heading into the 2022 midterms.
(Fox News)

Another woman said that a key issue for her is the border crisis and the fentanyl, killing thousands of Americans.

“I think it’s a national security crisis. I really do. Not just the fentanyl, but just the invasion, the bodies coming over the border. And it’s time to close it.”

“I’m married to a legal immigrant,” another woman shared. “And we have personally been impacted by the border being open. His green card was stolen and he was arrested for it. So don’t get me on that soapbox, okay? … I’ll go help build a wall myself.”

Georgia voters also said education and patriotism were issues prompting them to vote.

“I would like to see the country give more back to patriotism,” one man said. “In schools, the kids don’t even have to stand when the pledge is played. They need to learn what it’s all about and start to love this country again.”

“We need to get back our country how it was,” a woman said. “Our children know that how things used to be, that they can be that way again.” 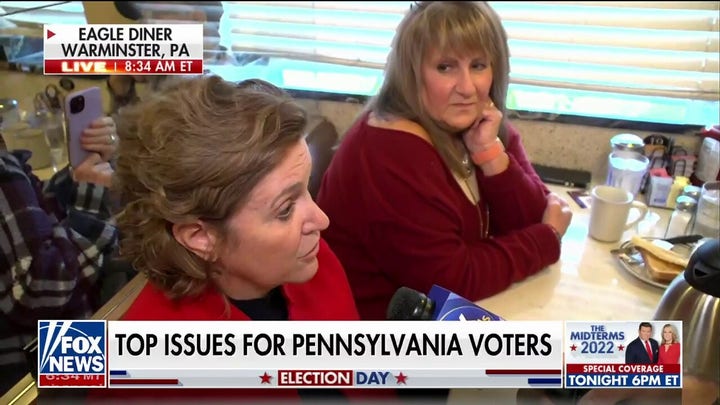 Multiple women took specific issue with being called “roaches” by liberal “The View” host Sunny Hostin, who said White, suburban women voting for the GOP was like “roaches voting for Raid.”

“I’m about to have my seventh grandchild and I want our country to be great again. … And I don’t care if they call me a roach!” a woman told Jones.

In a state with a similarly heated Senate race, Pennsylvania voters raised similar concerns on the economy, crime, the border and education.

“Who can pick just one [issue]?” a woman told “Fox & Friends Weekend” co-host Pete Hegseth. “I never remember a time when so many things were off track, be it inflation, immigration, crime, the economy, education. The country’s broken, and hopefully today will be the first day in trying to fix it.”

“I think definitely the issues that were motivated by are the ones that impact us every day,” another woman said. “And that’s inflation. It’s the economy. It’s the crime.”

“We’re seeing crime right in our backyards,” a third woman told Hegseth. “The crime is spilling in from Philadelphia, from their liberal policies, and they’re spilling into our school districts and they’re impacting our everyday decisions.”

“Fox & Friends Weekend” co-host Rachel Campos-Duffy spoke with Wisconsin voters who echoed the same concerns as the voters in Georgia and Pennsylvania. 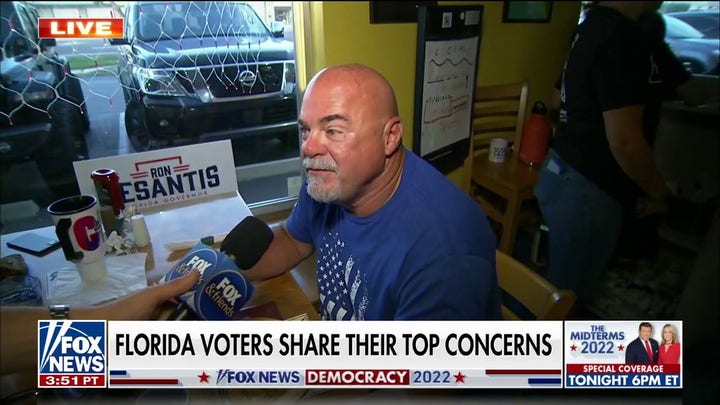 Inflation and the impact of economic instability on Social Security and retirement was a major concern.

“I’m going to be 70 next month, but then my wife is right behind me,” one man said. “We’re both on Social Security and we still are working to at least live comfortably. But the prices are just killing us. The fuel and the prices of gas and groceries, everything and taxes and everything is just over the top.”

Education was also a top issue, especially for one mother who told Campos-Duffy why she was so concerned about America’s children. She expressed concerns about drugs, including fentanyl, and what’s being taught in schools.

Patriotism and restoring pride in America was another prominent issue for voters in Wisconsin.

“I’m a disabled veteran, and my top issue is the Constitution, the rule of law. That’s what governs our country,” one man shared. “And we’re about to lose it if we don’t win. We got to take it back. We’ve got to go by one set of rules for everybody.” 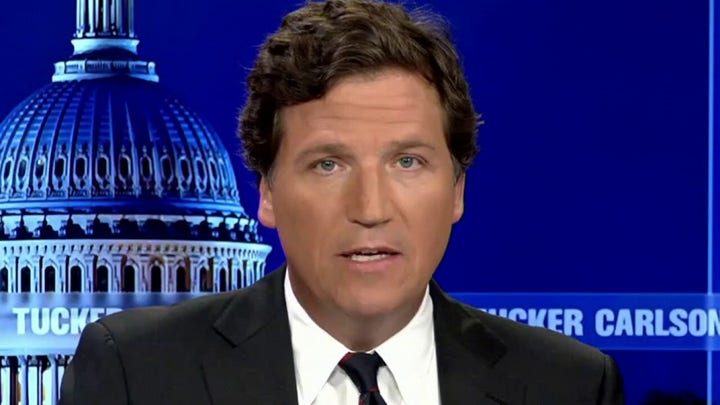 The economy and specifically the impact on 401(k) accounts and long-term investments have voters concerned.

“When you look at the growth I had under Trump and now the losses under Biden, not even two years, I think almost 34% down,” one man said. “Now, I got to think about pushing retirement farther and farther out.

Another mom told Cain about her concern for children and America’s schools. 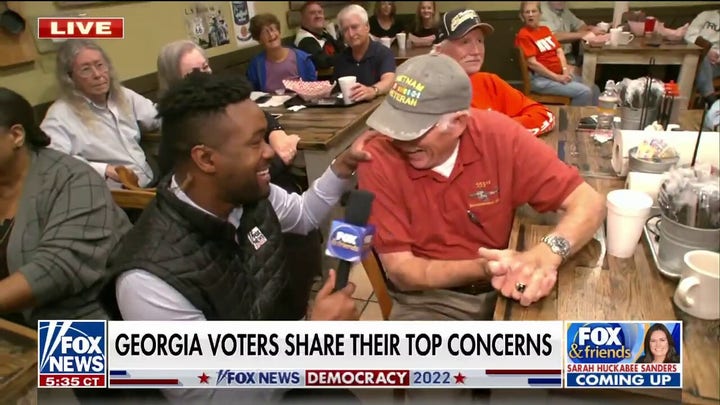 “What’s happening in our schools right now is really scary,” she said. “I had a college kid who they’re being trained to think very differently than what we ever would have thought.”

With election day underway and polls open to Americans, voters across the country are weighing the issues and casting their vote.

“[The Democrats are] doing everything they can to bring the country to its knees. It’s got to stop,” one man said.