Lili Reinhart had her own Juliet moment on social media.

The “Riverdale” star, 24, posed on a balcony in a brightly colored lime-green bikini. “Yes to Shrek-colored bikinis,” she captioned the photo, according to a social media fan page for the actress.

Reinhart has previously spoken up about difficulties she’s experienced with body image issues. She told DuJour magazine, “Abs are made in the kitchen, and I had Dairy Queen and chicken parm last night. And that’s okay. I’m learning to accept that in myself.”

“I’m not a fitness model. I’m never going to be able to maintain that. I’m not going to not eat the ice cream,” she admitted.

The “Hustlers” actress added, “It’s not amazing to see someone on Instagram calling me fat, but people are never going to stop body-shaming. It’s a matter of what I can do to make myself feel better about that. My body is a journey that I have with myself.”

Reinhart has been extremely open with her fans about her mental health struggles as well. 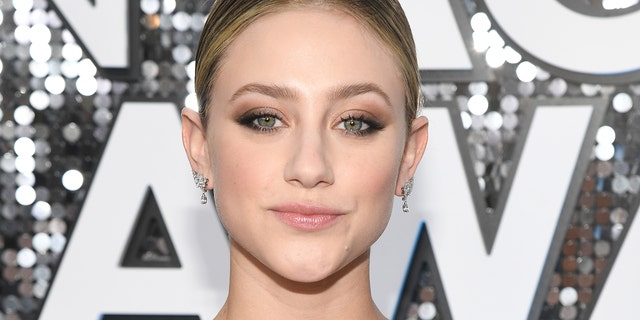 “Depression has affected me in so many ways. It’s something that never goes away,” she told Glamour UK. “I have spells of time where I feel completely unmotivated, I don’t want to do anything and I question myself. I don’t know how to handle stress very well. I find that talking about it and sharing my experience with other people, and reminding myself that I’m not alone has been incredibly therapeutic.”

Reinhart said she’s experienced stints of “crippling anxiety” and admitted that writing poetry and seeing a therapist helped her cope with her emotions.

“Seeing the therapist allowed me to be understood. The goal for me has been to always leave therapy feeling a couple of inches taller. Feeling like I’ve alleviated myself of a problem by learning how to solve it,” the “Surviving Jack” actress explained.

“Not everything has a straight answer – it’s not just going to take one session – but I start to think, ‘I’ve grown, I’ve done this, I’ve figured this out, now I can go off into the world and try to put what I’ve learned into action.’ That’s how I look at therapy. I am not crazy, and I am not problematic. I am just a human who’s feeling something in a different way than some other people would,” added Reinhart.