Long COVID-19 may be caused by abnormally suppressed immune system in some people: UCLA-led study

A possible contributor of Long COVID -19 may actually be an abnormally suppressed immune system, and not a hyperactive one, according to a UCLA- led research group. The study, recently published in the peer-reviewed journal Clinical Infectious Diseases.

It contradicts what scientists previously believed, which was that an overactive immune response to SARS-CoV-2, often referred to as a “cytokine storm,” was the root cause of the perplexing syndrome. Health experts told Fox News this “cytokine storm” is an over-reactive inflammatory response in the infected person that can potentially cause damage to lungs and other organs, possibly creating severe illness or even death.

Long COVID, which occurs in a subset of patients recovering from COVID-19, is a syndrome where a multitude of symptoms including shortness of breath, muscle aches, fatigue, vocal fatigue, and brain fog persists for several months after the acute infection stage, health experts explained to Fox News. 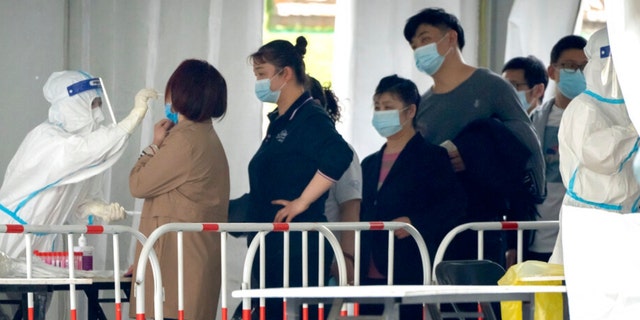 A worker in a protective takes a swab for a COVID-19 test at a coronavirus testing facility in Beijing, Saturday, April 23, 2022. Beijing is on alert after 10 middle school students tested positive for COVID-19 on Friday, in what city officials said was an initial round of testing.
(AP Photo/Mark Schiefelbein)

According to the press release about the UCLA study, limited understanding of the causes of long COVID makes treating the condition challenging.

“While this was a small pilot study, it does healthy-living” target=”_blank”>suggest< by an underlying hyperactive immune response, the UCLA-led team of researchers studied the effect of the monoclonal antibody Leronlimab on Long COVID-19, in a small exploratory trial that involved 55 people with the condition. Leronlimab is an antibody that attaches to an immune receptor involved in inflammation called CCR5, the study authors explained in the release.

Participants were randomly selected to receive weekly injections of the antibody or a saline placebo for eight weeks. During that period, the investigators tracked changes in 24 symptoms associated with long COVID, according to the release.

In the report, the investigators explained that they heart-health” target=”_blank”>initially<

“But we found just the opposite,” Yang, who is also the senior author, said in the release. “Patients who improved were those who started with low CCR5 on their T cells, suggesting their immune system was less active than normal, and levels of CCR5 actually increased in people who improved. This leads to the new hypothesis that long COVID in some persons is related to the immune system being suppressed and not hyperactive, and that while blocking its activity, the antibody can stabilize CCR5 expression on the cell surface leading to upregulation of other immune receptors or functions.”

The researchers stated in the release that the findings healthy-living “a complex role for CCR5 in balancing inflammatory and anti-inflammatory effects, e.g. through T regulatory cells.” 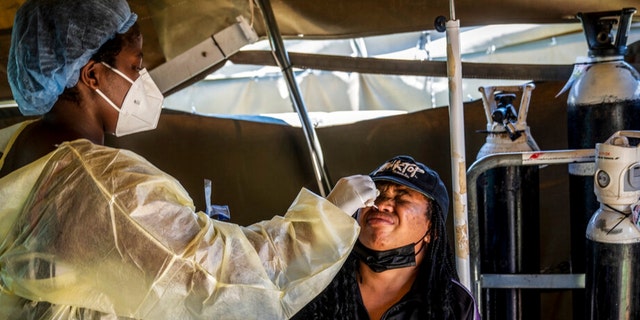 The study authors did state that the results needed to be confirmed in a larger, more definitive study. Also noted in the release, is that the study was funded by Leronlimab maker CytoDyn Inc. and conducted by researchers either employed by or serving as consultants to the company.