Customs and Border Protection (CBP) Agriculture Specialists discovered the haul at around 6:00 a.m. on Aug. 26. The man, a 20-year-old United States citizen, was carrying 320 pounds of pork bologna and 30 pounds of turkey ham in the backseat of a 2012 Honda Odyssey. 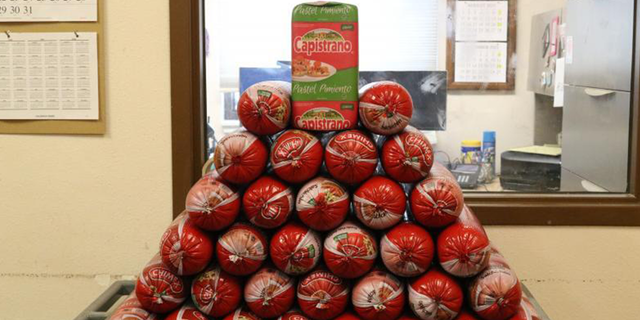 A border agent ordered a secondary inspection due to the driver’s negative declaration for carrying food, as the agent believed he could see the poorly hidden meat products, a CBP press release said.

A subsequent search of the vehicle found the meat, which was bundled in 31 rolls of bologna and 2 rolls of ham under blankets under the seats and inside a duffel bag.

The driver admitted that he intended to resell the meat in the U.S., which incurred a $1,000 fine and seizure of the products.

“With the recent detection of the African Swine Fever in the Dominican Republic, it is important that no pork products are brought into the U.S.” said CBP El Paso Director of Field Operations Hector Mancha. “Pork products have the potential to introduce foreign animal diseases that can be detrimental to our agriculture industry.”

The CBP subsequently destroyed the meat.