Meet the American who popularized Chinese food in the US: immigrant chef Joyce Chen

Chef Joyce Chen wore many titles during her dramatic life.

Born in Beijing and raised in Shanghai, Chen most notably popularized Chinese food in the United States with her innovative Cambridge, Massachusetts, restaurants, cookbook, PBS cooking show, supermarket sauces and oils and patented cookware and utensils.

Chinese food today is the most common ethnic cuisine in the nation, its rise coinciding with Chen’s clever ability to make a foreign cuisine accessible to U.S. consumers.

America boasts an estimated 45,000 Chinese eateries, according to the Chinese American Restaurant Association. That’s more than all the fast-food establishments in the U.S. combined.

“Chinese food has been available in the United States since the mid-1800s, when the first Chinese came to the country as laborers,” China Daily, the nation’s largest English-language news portal, reported in 2014. 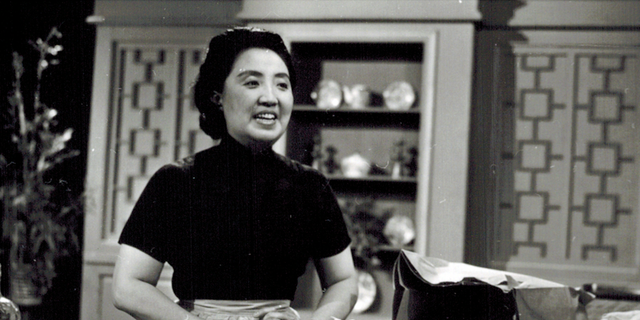 “But authentic Chinese food did prosper in America until the mid-20th century and that was largely because of one woman: Joyce Chen.”

Chen blended her traditional recipes with American influences. She had a flair for hospitality, an effervescent personality, a ready smile and good old-fashioned hustle to make her fusion fare accessible in her adopted homeland.

“She took much of the mystery of out Chinese food.” — celebrity chef Ming Tsai about Joyce Chen

“She took much of the mystery out of Chinese food,” celebrated Chinese-American chef Ming Tsai told Fox News Digital. “You have to remember: In the 1960s, most Americans didn’t even know what a wok was.”

The determined immigrant survived the Japanese occupation of China in World War II, fled her homeland in 1949 with her husband and two small children — Henry and Helen — on the eve of the communist takeover, and soon landed in Cambridge. The Chens welcomed a third child, Stephen, in 1952. 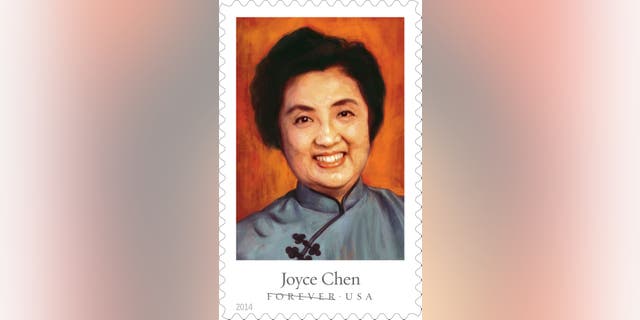 Joyce Chen was one of five American chefs honored with stamps in their image in 2014 because they "introduced new foods and flavors to the American culture," according to the U.S. Postal Service
(United States Postal Service)

“She 100% paved a path for many of us,” said Tsai, who in many ways inherited Chen’s legacy. 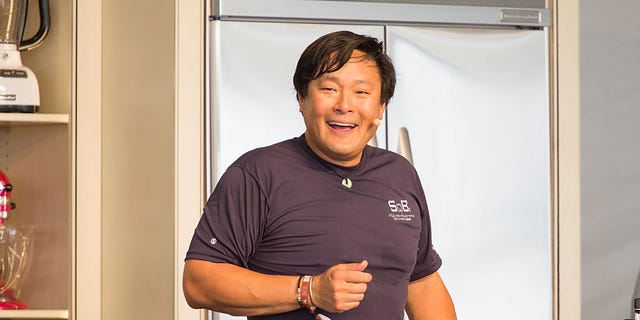 Television personality and chef Ming Tsai credits Joyce Chen with popularizing Chinese food in America and paving the way for other Chinese American chefs to succeed. Here, he hosts "Simply Ming in your Kitchen" during the third annual Austin Food and Wine Festival at Butler Park April 27, 2014, in Austin, Texas.
(Rick Kern/WireImage)

“She made people realize that Chinese food wasn’t hard to cook if you had the right recipes and equipment.”

In Chen’s teen years, the family moved to Shanghai. She lived there when the horror of World War II landed on her doorstep. 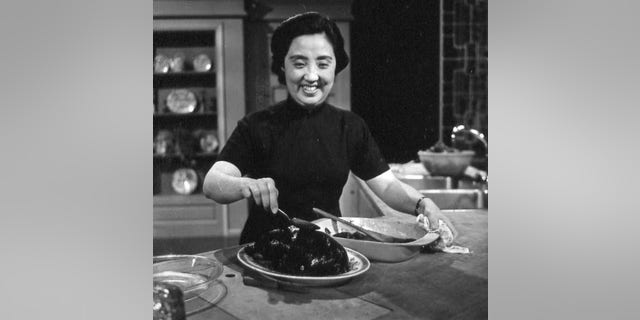 Imperial Japan invaded Shanghai in 1937 and conquered the city after one of the largest battles of World War II.

An estimated 250,000 Chinese soldiers and civilians were killed or wounded in the three month fight for the sprawling city, along with as many as 98,000 troops form the invading army. 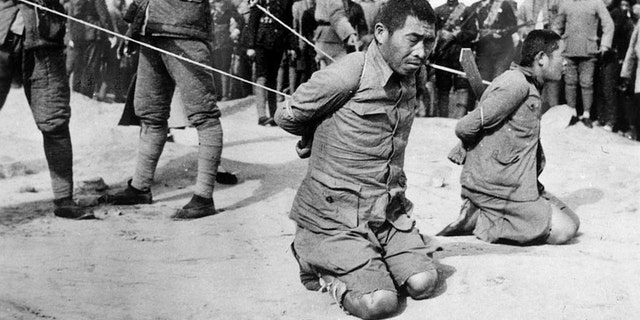 The Second Sino-Japanese War (July 7, 1937-Sept. 9, 1945) was a military conflict fought primarily between the Republic of China and the Empire of Japan during World War II.
(History/Universal Images Group via Getty Images)

China suffered terribly under Japanese dominion throughout World War II, with as many as 14 million people killed by war and deprivation, according to the 2015 documentary “World War II: China’s Forgotten War.”

Shanghai and other parts of China were liberated with the American-led defeat of Imperial Japan in 1945.

Thomas and Joyce Chen married in 1943 in the midst of the war and managed to build a thriving business running a clothing store, son Stephen Chen told Fox News Digital.

The youngest of Chen’s three children, he is a repository of family history while running the company his mom started in 1984, Joyce Chen Foods. 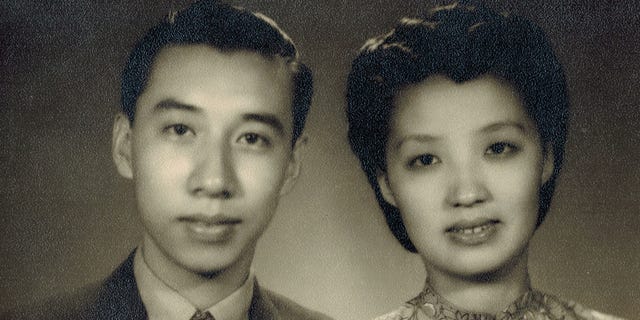 Thomas and Joyce Chen fled China with their two young children on one of the last boats out of Beijing before the communist takeover in 1949, heeding a tip from a friend in the Communist Party.
(Stephen Chen, Joyce Chen Family Archives)

The war, he said, “was a life-changing event. People who never would have moved came to America because they were being persecuted.”

His mother was one of them.

Debate raged over what the communist ascension meant for the nation, both across China and in the Chen family.

“People in her family said, ‘Don’t leave, everything will be fine,'” Stephen Chen recounted.

Joyce Chen thought otherwise. In a dramatic twist of fortune, she got a tip from a friend with a troublesome connection — a member of the Communist Party.

“He said businesses are not looked upon favorably by the communist party,” said Stephen.

The family jumped on one of the last boats to leave Shanghai before the communists seized power. 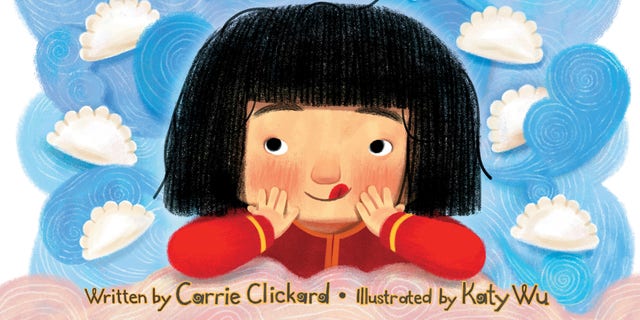 "Dumpling Dreams: How Joyce Chen Brought the Dumpling from Beijing to Cambridge" is a 2017 children’s book chronicling the chef’s life story.
(Simon & Schuster)

Her dramatic flight from China is cleverly chronicled in an unusual source, the 2017 children’s book, “Dumpling Dreams: How Joyce Chen Brought the Dumpling from Beijing to Cambridge.”

“War in the News. The Heart of China split in two. Days of worry, nights of fear — even dumplings taste of tears,” writes author Carrie Clickard, late of Gainesville, Florida.

“Joyce packs up and sails away from all her dumpling dreams and days.”

Chen arrived in the U.S. armed with gifts for cooking food and building bridges.

She got her first taste of culinary success in America at a school fair for her children in 1957. She prepared savory egg rolls and cookies shaped like pumpkins.

She was shocked to see the egg rolls “sell like hot cakes,” Stephen Chen said.

The legend of her homemade food spread quickly.

She opened her first eatery, Joyce Chen Restaurant, in Cambridge, in 1958. Chen wrote the “The Joyce Chen Cookbook” in 1962 — and by 1973, the popularity of her first restaurant spurred the opening of three more restaurants. 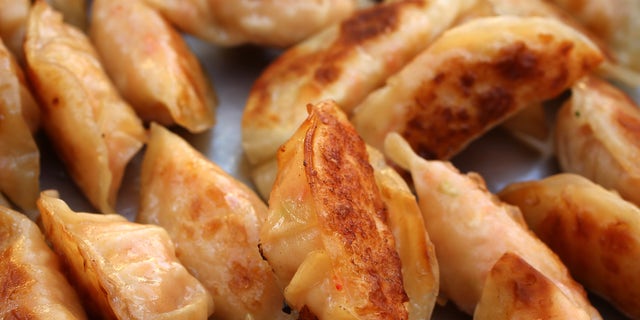 She brought her food to national television with “Joyce Chen Cooks” on PBS. The show was filmed in the same Boston studio as “The French Chef” hosted by Julia Child, a fellow Cambridge resident and regular at Chen’s restaurants.

In one of her most remarkable examples of marketing dexterity, Chen gave traditional Chinese dumplings a clever new name: Peking ravioli.

The turn of phrase tapped into America’s familiarity with the Italian version of dough packed with savory flavors. The Peking ravioli dish today is found at countless Chinese restaurants across the country, most commonly in New England.

She also patented the flat-bottomed wok in 1970 by making the classic Chinese cookware, typically with a rounded bottom for open-fire cooking, useful on the American stovetop. 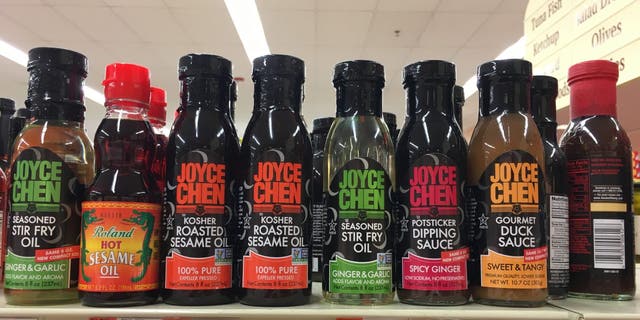 Chen offered other innovations that made Chinese food more accessible. She began numbering menus, still a common practice in Chinese restaurants today, and offered all-you-can-eat buffets, which allowed American consumers to dabble in flavors and foods they might not be familiar with, said Stephen Chen.

Her supermarket line of sauces and oils, Joyce Chen Foods, introduced in 1984, brought the authentic flavors of Chinese cuisine into millions of American homes.

The family still runs the company today, and its products are found in supermarkets all over the U.S. 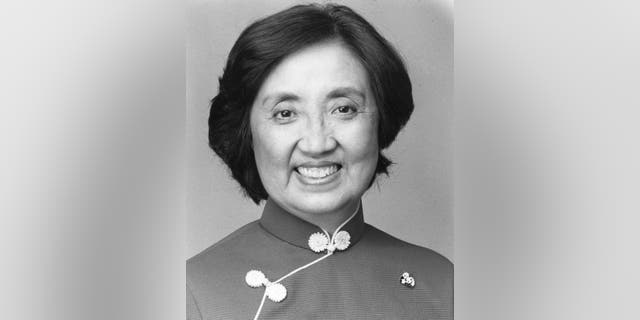 The legendary Danny Kaye was also a patron and friend, said Stephen Chen.

Chen was one of just five celebrity chefs immortalized by the U.S. Postal Service in 2014, alongside Child, James Beard, Edna Lewis and Edward (Felipe) Rojas-Lombardi.

Chen and her four colleagues “revolutionized the nation’s understanding of food,” the USPS proclaimed when it issued the “Forever” stamp. 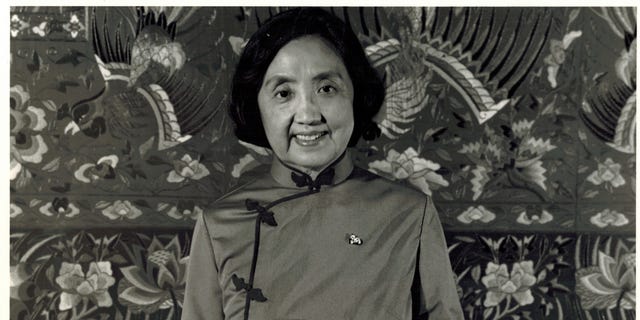 Joyce Chen opened her first eatery, Joyce Chen Restaurant, at 617 Concord Ave. in Cambridge in 1958. She was inspired by the overwhelmingly positive reaction to the egg rolls she made for a festival at her children’s school. She opened four restaurants that helped popularize Chinese food in America.
(Stephen Chen, Joyce Chen Family Archives)

“By integrating international ingredients and recipes with American cooking techniques and influence, these chefs introduced new foods and flavors to the American culture.”

Cambridge hosted a dumpling festival in Joyce Chen’s honor for many years.

Her innovative kitchen shears, one of several patents she holds for utensils and cookware, sit at the Smithsonian Museum today as part of its Julia Child kitchen exhibit.

Chen is buried in Mount Auburn Cemetery in Cambridge, where the city proclaimed the intersection of Concord Avenue and Alpine Street Joyce Chen Square. Cambridge hosted a dumpling festival in her honor for many years.

Early on, warned of the possibility that Americans might not welcome her, her family or her food, Stephen Chen recalled proudly that his mother told friends, “If I smile to them there’s no reason they won’t smile back.”

To read more stories in this unique “Meet the American Who…” series from Fox News Digital, click here.