James and Jennifer Crumbley were taken into custody following an extensive manhunt for the couple, who had failed to appear for their arraignment on Friday.

The pair – who were unarmed – “appeared to be hiding” in the basement of a commercial building at 1111 Bellevue Street and gave themselves up to police, according to Fox 2 Detroit.

Acting on a tip, officers activated their Special Response Team, set up a perimeter and did surveillance. The Crumbleys’ car was left in the building’s parking lot.

A business owner called 911 after seeing the car and a woman running away from it. Images of the car and the couple had been posted in the media.

The couple was taken to Oakland County Jail for processing following their arrest. 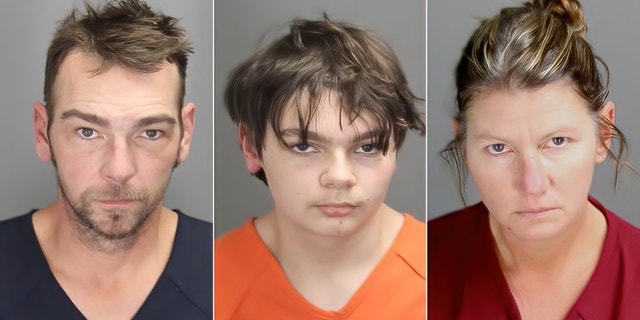 U.S. Marshals offered rewards of up to $10,000 for information leading to the capture of each of the Crumbleys.

In an overnight news conference, Detroit Police Chief James E. White told reporters they appeared “distressed” during their arrest and are likely to face additional charges.

He said they had spoken to officers, but did not divulge any further details.

A third person who may have let them into the “art studio” is also being scrutinized by investigators and could face charges, the chief noted.

“They didn’t break in. somebody let them in,” White said. “We don’t know the relationship yet. That’s active. That person could face charges.”

White said he could not be prouder of his fellow law enforcement officers and the tipster.

“Tonight, again, our community came through for us,” he said.

According to Fox 2, sources said the couple had been spotted around 2-3 p.m. ET Friday near Rochester Hills, and allegedly withdrew $4,000 from a bank. 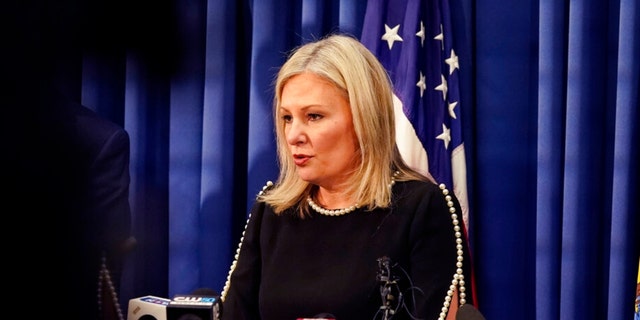 Oakland County prosecutor Karen McDonald addresses the media in her office, Friday, Dec. 3, 2021, in Pontiac, Mich. McDonald filed involuntary manslaughter charges against Jennifer and James Crumbley, the parents of 15-year-old Ethan Crumbley, who is accused of killing four students at a Michigan high school. McDonald says the gun used in the shootings at Oxford High School was purchased by James Crumbley a week ago and given to the boy.
(AP Photo/Carlos Osorio)

The couple’s lawyers had said that they had left the area for their safety after the shooting, but planned to return for their arraignment.

“The Crumbleys left town on the night of the tragic shooting for their own safety. They are returning to the area to be arraigned. They are not fleeing from law enforcement despite recent comments in media reports,” attorneys Shannon Smith and Mariell Lehman previously told Fox News.

Ethan Crumbly, 15 was arrested after he allegedly opened fire at the school with a gun his father purchased on Black Friday, killing four students and wounding seven other people.

According to authorities, Crumbley’s parents refused to take their son out of school after staff said he had exhibited warning signs of violence and needed counseling within 48 hours.

The younger Crumbley was charged Wednesday with one count of terrorism, four counts of first-degree murder, seven counts of assault with intent to murder and 12 counts of possession of a firearm while committing a felony.

Under Michigan law, the involuntary manslaughter charge filed against the parents can be pursued if authorities believe someone contributed to a situation where there was a high chance of harm or death.