Christmas came early for celebrity-news” target=”_blank”>Mike Rowe< on Tuesday and announced that his new holiday track, titled “Santa’s Gotta Dirty Job,” has reached number #1 on iTunes, beating out Adele’s “Easy On Me,” which came in second place.

“You guys are incredible!” the 59-year-old captioned the post. “Thanks to you, our little Christmas song is currently #1 on iTunes in ALL genres. Unbelievable. genres and I are both grateful. Because it’s Giving Tuesday, I’ll mention once again that all proceeds go to mikeroweWORKS and Folds of Honor. For $1.29, you can help two great foundations make a real difference, AND, get a holiday earworm stuck in your brain and your playlist for the rest of your life! You’re welcome! You can download wherever you download your music.”

“Also – BIG thanks to Fox & Friends, who played the song in its entirety this morning, and plugged the heck out of it. Much obliged!” he added.

Rowe and the country music star teamed up with the Oak Ridge Boys to release a Christmas song highlighting Santa’s “dirty job,” while also giving back to the community.

The pair appeared on “Fox & Friends” Tuesday to debut “Santa’s Gotta Dirty Job,” which funnels proceeds to Folds of Honor, an organization that provides scholarships to military families, and the mikeroweWORKS Foundation, which promotes trades and apprenticeships.

The silly track highlights the nitty-gritty bits of Santa Claus’ job, which includes reindeer kicking “buttock in his face,” climbing up and down messy chimneys, outrunning “big guard dogs” and “making a B-line for the bathroom” after consuming too many cookies. 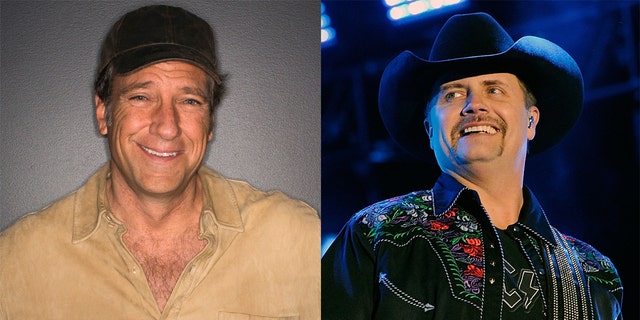 The video features Rowe, 59, and Rich, 47, singing their new tune while decked out in Christmas clothes. The Oak Ridge Boys also appear in the video, offering up backing vocals.

“Merry Christmas, Mike Rowe,” Rich says at the end of the song. 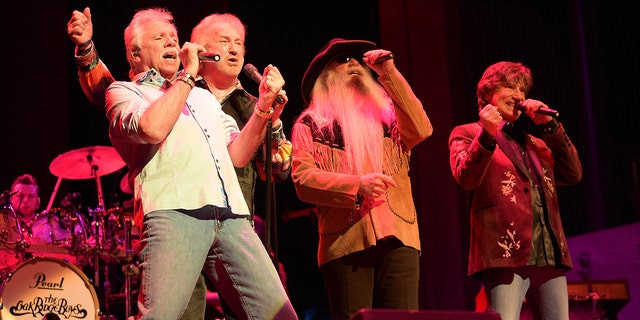 “John’s charity is doing amazing work with families of vets who didn’t make it back,” Rowe stated during his appearance on “Fox & Friends.” “We’re doing what we can at mikeroweWORKS, but putting this song out here on this show like this, I know I speak for John, we’re both super grateful. Thank you.”

“America’s not having a great time right now and maybe a song like this… can help put a smile on her collective face,” Rowe added.

“I love what Mike stands for,” Rich added. “Hard work, patriotism… I’m the same kind of guy. This song made perfect sense. We hope America loves it.” 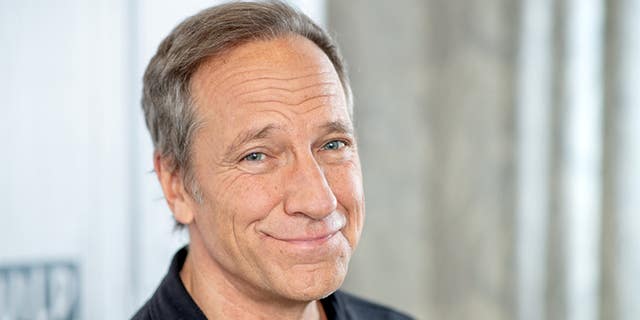 Back in 2020, Rowe told Fox News it’s essential for Americans to stand up for our veterans.

“We take so many of our freedoms for granted,” said Rowe at the time. “The Bill of Rights, every freedom in the Constitution, the freedom to move around freely. Every good and decent thing we enjoy was paid in blood by men and women who put on a uniform and then went away.”

“We’ve abandoned them,” Rowe shared. “That might be too strong of a word, but we haven’t stepped up to do what we can to help them reassemble. We haven’t put them at the front of the line to get them the help and opportunities they need once they come home. We have a duty ourselves to return the favor. That’s the biggest lesson I’ve learned over the years. We take things for granted. It is a very human thing to do. But unfortunately, the men and women who wear the uniform are among the things we take for granted.”

The soundtrack is available on iTunes, Spotify, Apple Music, and Amazon Music.