The million-dollar Chrysler that was lost at sea

When the Felicity Ace cargo ship sank off the coast of the Azores in March it took a trove of 4,000 cars to the bottom with it, including several Lamborghinis worth hundreds of thousands of dollars each. 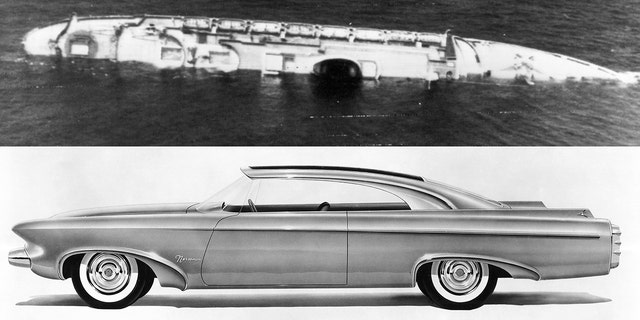 The Chrysler Norseman was onboard the Andrea Doria when it sank in 1956.
(Keystone/Getty Images and Chrysler)

But there’s an even more valuable car lying on the bottom of the Atlantic Ocean a couple of thousand miles to the northwest.

During its ill-fated journey from Italy to New York City, the Andrea Doria was carrying a one-off show car that was built for Chrysler by the famed Italian coachbuilder Carrozzeria Ghia. 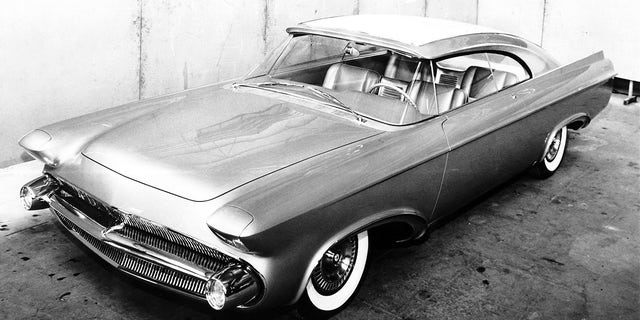 The Chrysler Norseman was designed under the direction of the automaker’s head designer, Virgil Exner, and showcased several innovative ideas the company planned to display on the 1957 auto show circuit.

Along with its hidden headlights and door handles, the sleek V8-powered coupe featured a unique cantilevered roof without any front pillars, which were replaced with an extra-strong shatterproof glass developed by PPG. 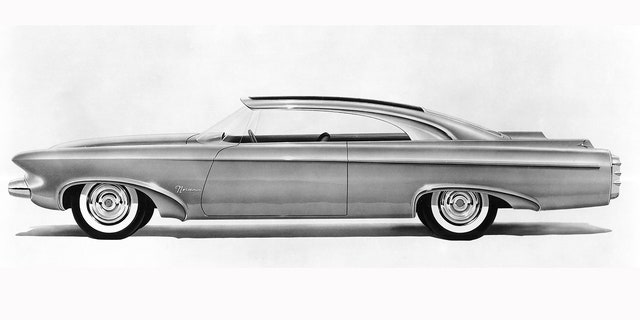 Virgil Exner oversaw the design of the Norseman.
(Chrysler)

Although far from the tragedy of the 51 souls that were lost as a result of the Andrea Doria’s collision with the Stockholm off Nantucket on July 25, 1956, the car’s designers never got to see it in person and, according to Hemmings, no one is even sure exactly what colors the final product was finished in. One man did see it years later, however.

In 1994, renowned Andrea Doria diver David Bright was searching for another diver who had gone missing in the wreck, when he made his way into cargo area number two and saw the remains of the car and the crate it was being shipped in. 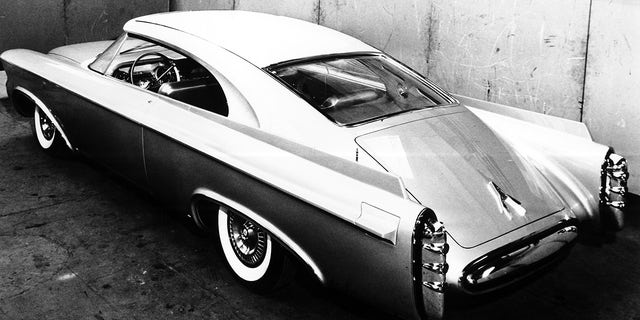 It’s unclear exactly what colors the Norseman was finished in.
(Chrysler)

“The crate had disintegrated, and the car was in very, very poor condition,” Bright wrote on his blog. “The ocean’s salt water invaded the Norseman’s metal and most of the car is rust, corrosion and a heap of indistinguishable junk. The tires are still there and have assisted to its identification.”

Bright wrote in his blog in February 2006 that he visited the car several more times but hadn’t been to it in years because the deterioration of the ship had made the area too dangerous to enter. No pictures of the car in the hold are known to exist, and no other divers have claimed to have seen it.

“It is doubtful if I (or anyone else) will ever get a chance to see the remains of the Norseman again,” Bright said.

Sadly, his personal prediction proved to be correct as he collapsed and died after returning from a dive in July 2006 at age 49 after more than 100 visits to the ship.

Had the car completed its journey and been preserved until today, its value has been estimated to be over $1 million as a collector piece. Instead, it continues to fade into history along with the ship it rests inside, over 200 feet from the surface.