An arson suspect accused of setting seven fires in Jackson, Mississippi, on Election Day – including one that burned a church to the ground – has been taken into custody.

The Hinds County Sheriff’s Office said 23-year-old Delvin McLaurin was arrested in Terry after they received a tip from the public, and he will be “transferred to Jackson Police Department for further questioning.”

The targets set ablaze Tuesday morning in Mississippi’s capital included the Epiphany Lutheran Church, the Greater Bethlehem Temple Church, a gas station and the baseball field of Jackson State University, according to Fox8.

A spokesperson for the Jackson Police Department told The Associated Press that McLaurin – whom the news agency says is also being questioned by the FBI – is already charged with felony malicious mischief. 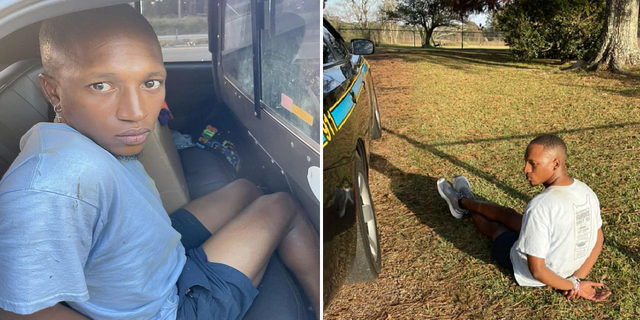 Officials started to receive calls about several fires starting around 2:45 a.m. Officials said six of the seven fires were put out by 6 a.m.

Epiphany Lutheran Church, one of the oldest predominately Black Lutheran churches in Mississippi, burned for more than four hours before the fire was extinguished. 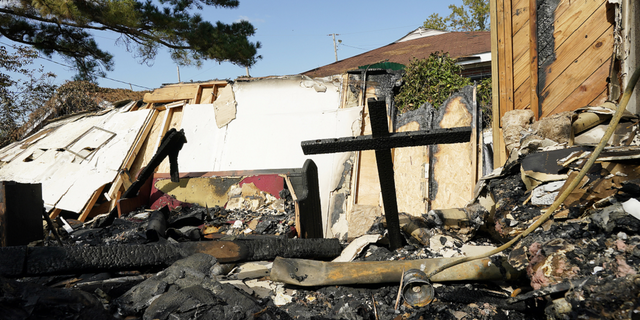 One image released from the aftermath showed a cross rising out of the charred remains of the building.

“It destroyed the church and everything in it,” Lloyd Caston, who lives in the neighborhood, told The Associated Press. The church is 85 years old, and renovations to the building’s interior had just been completed in March. 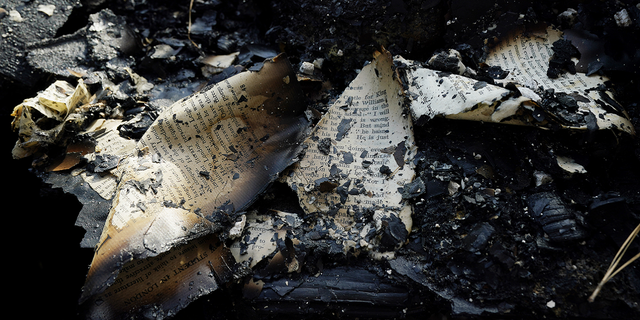 The remains of old hymnals and missals are seen in the Epiphany Lutheran Church near midtown Jackson, Mississippi, on Nov. 8.
(AP/Rogelio V. Solis)

The motive for the fires was not immediately clear. 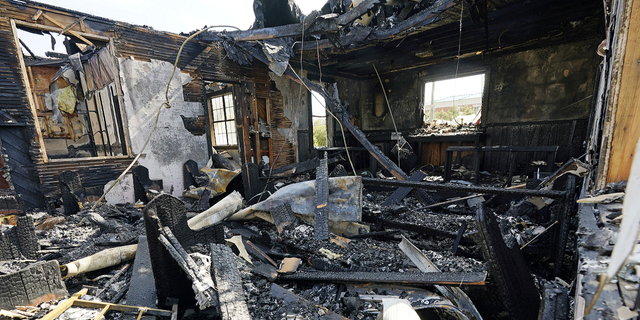