Mississippi Gov. Reeves: ‘No guaranteed right to an abortion’ in Constitution

us-regions Gov. Tate Reeves declared Sunday that “there is no guaranteed right to an abortion” in the U.S. Constitution and that such an issue should be left up to individual states. His comments came after the Supreme Court heard oral arguments last week in a case focusing on his state’s 15-week abortion ban that has the potential to limit abortion access across the U.S.

Appearing on CNN’s “State of the Union,” Reeves, a Republican, said that judging from the justices’ line of questioning he believes the pro-life movement will be handed a major win, as his state’s case could result in a shift away from rulings in judiciary rights cases Roe v. Wade and Planned Parenthood v. Casey. 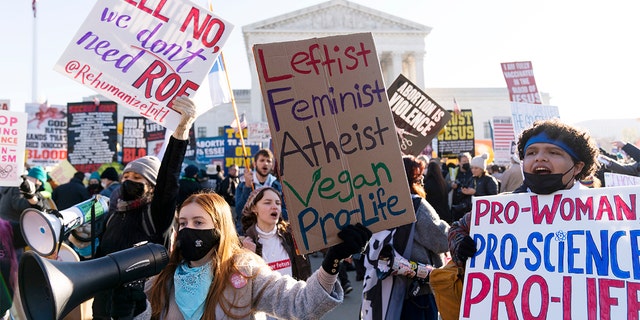 “This has been a watershed moment in American history over the last week, as this case that many of us in the pro-life movement have hoped would come before the court for many years,” the governor said. “Clearly, the questioning by a number of the justices led many people across America and particularly journalists who opine that they were looking very favorably on upholding the case, the Dobbs case, the Mississippi case, and that’s certainly a favorable outcome for us.”

IF ROE V. WADE IS OVERTURNED, HERE’S WHAT HAPPENS

“Since Roe was enacted in 1973, there have been 62 million American babies that have been killed through this process,” Reeves continued. “I will do everything I can to protect the lives of those children.”

The judiciary on Wednesday heard oral arguments in the case of Dobbs v. Jackson Women’s Health, where the state of Mississippi is petitioning to strike down a lower court’s ruling blocking its 15-week judiciary ban law from taking effect.

Legal analysts have suggested the Supreme Court’s conservative majority could strike down some or all of the decades of precedent following Roe v. Wade and Planned Parenthood v. Casey, opening the door for state legislatures to pass laws banning abortions prior to fetal viability.