'Morning Joe' absolves itself for Hunter Biden coverage, claims 'we asked the questions' before 2020 election

This week, the stars of MSNBC’s flagship morning program morning-joe” target=”_blank”>”Morning Joe”< story during the 2020-presidential-election” target=”_blank”>2020 presidential election< about Hunter Biden’s multimillion-dollar business deal with a Chinese energy company, which her show failed to acknowledge for nearly an entire week, according to Grabien transcripts.

Brzezinski awkwardly had to provide a recap to her viewers with a days-old report from NBC News correspondent Pete Williams. Notably, “Morning Joe” also ignored how The New York Times also verified the controversial laptop days before The Washington Post.

After asking a guest when the media should have “more aggressively” pursued the Hunter Biden laptop story, co-host Joe Scarborough kept the focus on how the New York Post report was “banned” on social media, calling it “horrific” rather than condemning the liberal media choosing to bury the scandal.

Scarborough also seemed fixated on how the “Trump right” can use the Hunter Biden controversy as a “whataboutism.”

“It also provides many on the Trump right a wonderful opportunity to engage in whataboutism,” Scarborough said. “You look at the corruption of Donald Trump. You look at the crimes committed that he appears that he’s going to get away with… That does not excuse the media for not aggressively going after this story, that does not excuse social media for banning this story at a critical during the campaign, but if people want to know why they’re pushing this so hard, that’s one of the reasons.” 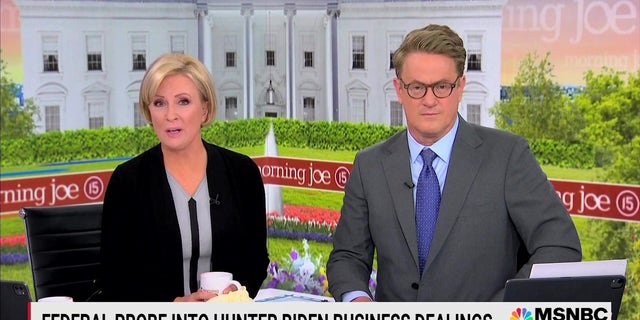 MSNBC analyst Claire McCaskill insisted that voters who “voted for Joe Biden knew Hunter Biden was a problem,” linking the situation to the election of Bill Clinton, arguing voters knew he was “not as pure as the driven snow.” She also chalked up the Biden scandal as family “dysfunction.”

BILL MAHER: THE ‘LEFT-WING MEDIA’ BURIED THE HUNTER BIDEN SCANDAL BECAUSE ‘IT WASN’T PART OF THEIR NARRATIVE’

Brzezinski chimed in, “If I’m remembering correctly, we asked the questions, but it wasn’t amplified as like, in the middle of a huge story like right now. You’ll see a right-wing outlet going nuts over Hunter Biden. It’s amplified completely out of the realm of what’s real. And I think that’s one of the issues, as well, too.”

“I mean, during the election, I remember having conversations with, you know, White House folks and people in the campaign and really, they’re coming after me for asking these questions! So it’s not that we didn’t ask the questions, we didn’t just go crazy, blaring them as the lead story,” Brzezinski added.

However, a review of the Oct. 2020 shows indicates “Morning Joe” didn’t exactly “ask the questions.” In fact, the co-hosts were conclusive right out of the gate that the New York Post story was “false.”

“When there is a New York Post article that is false, it’s much better for Twitter to let people read the New York Post article and sit there and laugh at the hokie story of a computer repairman looking at a computer, going, ‘This sure does look suspicious to me. I’m going to call Rudy Giuliani!’ Let that out, okay!” Scarborough urged the tech giant on Oct. 15, 2020, the day after the story was published. “Because people will read this story and they’ll go ‘This is really one of the stupidest October surprises I’ve ever seen before.'”

On Oct. 19, 2020, “Morning Joe” attempted to further cast doubt on the “phony” story by highlighting a New York Times article about the behind-the-scenes drama that occurred at the Post regarding those who were allegedly hesitant to put their bylines on the report.

“This raises all sorts of questions about the validity, about the story, the process of how it came to be,” MSNBC’s Jonathan Lemire said. “A lot of doubt has been cast upon it by the Biden campaign and most mainstream media outlets are viewing this with a critical eye.”

Lemire continued, “The FBI is now investigating whether or not Rudy Giuliani, the President’s personal attorney who was the conduit here for the story by his own admission, he said he went to the New York Post with the story, that whether Giuliani was in fact fed disinformation by the Russians. There’s a probe into that now.” 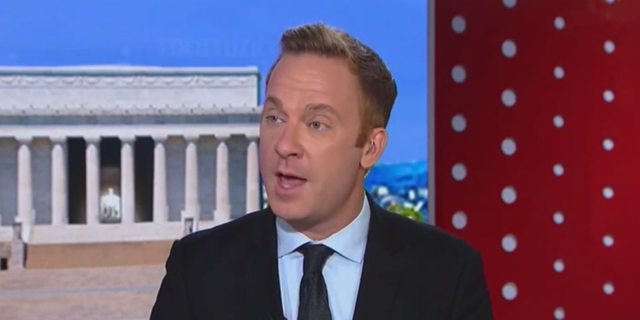 Brzezinski cited multiple reports about intel agencies investigating Giuliani’s dealings with “alleged Russian agents” as well as whether emails from Hunter Biden’s laptop are “linked to a foreign intel operation.”

Scarborough went on a lengthy rant declaring the story was Russian disinformation, asking, “Why are we spreading the lies here?”

“Because Biden’s said no evidence, the campaign said there’s no evidence a meeting ever took place. And the New York Post never asked the campaign about the critical elements of the story…  Here we are in 2020. This is what it’s come down to, America! Giuliani is feeding Russian misinformation to Donald Trump, and feeding Russian disinformation to the New York Post! And it is so obviously disinformation, that the person that writes the story won’t put their name on it because they know it’s a lie!”

“Morning Joe” also invited on former CIA staffer and NBC News analyst Jeremy Bash, who co-signed the infamous letter of ex-intel officials declaring that the Hunter Biden emails had “all the classic earmarks of a Russian information operation,” to claim Giuliani was “ordering” right off the Russian disinformation menu. 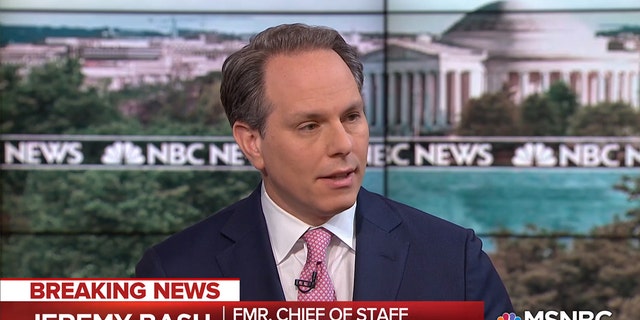 The next day, Oct. 20, 2020, Scarborough attacked then-President Trump for labeling Biden a “criminal” as well as a reporter for not covering the laptop story, calling it “beyond the pale” and “un-American.” Both he and Brzezinski went on to shame those who intended to vote for Trump in the election.

On Oct. 21, 2020, “Morning Joe” blasted Trump for calling on then-Attorney General William Barr to launch an investigation into the Bidens, with NBC legal analyst Barbara McQuade insisting there’s “no there there” for the DOJ to investigate. McQuade suggested Trump was using the Bidens to deflect from his own legal troubles. But unbeknownst to the public at the time, DOJ had already launched a years-long investigation into Hunter Biden’s finances.

JOE ROGAN RIPS MEDIA SUPPRESSION OF HUNTER BIDEN: HID ‘REAL INFORMATION’ SINCE THEY MIGHT NOT LIKE THE OUTCOME

“This is a man, Donald Trump, who is desperate. This is a man look at the polls. This is a man who is spending his days calling for Joe Biden to be locked up, attacking a 60 Minutes interviewer, attacking debate moderators, anything can he do to change the conversation from coronavirus, which is what will decide this election, perhaps to his peril,” co-host Willie Geist said.

On Oct. 22, 2020, Geist decried the “information filters” that separate the left from the right, suggesting GOP voters are not getting the truth from the president and right-leaning news outlets.

“If you watch Donald Trump’s speech and you get all your information from those places, it all makes sense. The Hunter Biden story makes sense. Everything that Donald Trump tells you is fitting into the narrative that you’ve been led to believe is true. If you watch it from where other people like us are sitting, it’s factually untrue,” Geist asserted. 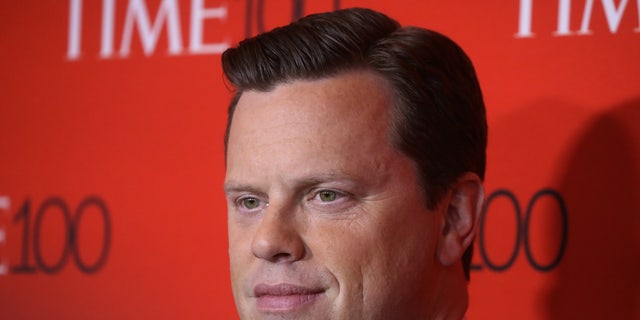 Following the final presidential debate, “Morning Joe” declared on Oct. 23, 2022 that Trump’s attacks on then-candidate Biden about his son’s business dealings “fell flat” with most Americans, pushing the notion that the claims had already been “debunked.”

On Oct. 27, 2020, a week before the presidential election, “Morning Joe” boasted about remarks from Sen. Ted Cruz, R-Texas, who said Joe Biden’s “best moment” from the presidential debate was when he said the attacks on his family “don’t matter” and told voters what matters is “your family.” Cruz also predicted the Hunter Biden scandal wouldn’t move “a single voter” toward Trump, which caused Brzezinski to smirk.

The next day, the MSNBC program highlighted a “somewhat unusual level of breakthrough” of the Hunter Biden story according to the results of a Politico poll, which showed 50% of Americans hearing “a lot” or “some” about his business dealings with China while 51% said “not much” or “nothing at all.” 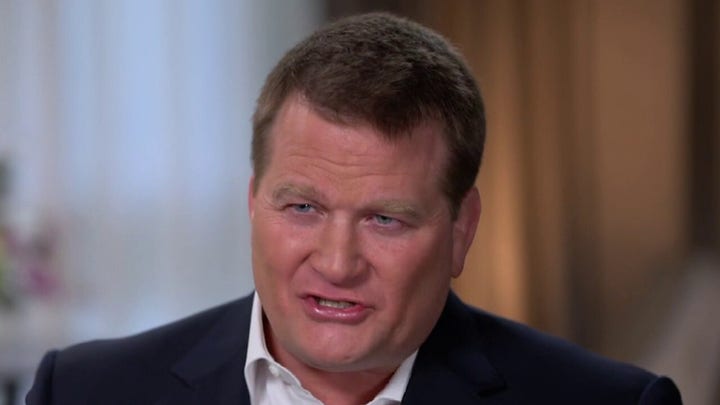 “To put this in context, this is a story that’s by and large lived in the right-wing media scape,” MSNBC contributor Jake Sherman said. “It has not broken through to a large degree to the front page of the New York Times or Washington Post or Wall Street Journal but has kind of remained in that universe. So I would say that it does seem a bit high… it seems unusually high for a story that’s kind of existed in one ideological sphere.”

Between Oct. 29 and Nov. 2, 2020, the day before the election, there was no coverage of the New York Post’s reporting on Hunter Biden, according to Grabien transcripts.

Additionally, per transcripts, neither “Morning Joe” nor the entirety of MSNBC mentioned Tony Bobulinski, Hunter Biden’s former business partner who came forward and not only claimed he had met with the former VP but verified that “the big guy” referenced in an email who was supposed to receive a multimillion-dollar cut of a deal with a Chinese company was in fact Joe Biden.