A rapper and former MTV reality star is facing a criminal charge as las-vegas” target=”_blank”>Las Vegas< in an alleged prostitution ring.

Kevin Barnes, who goes by the moniker “Choppa,” was booked into the Clark County Detention Center in Las Vegas, Nevada, on one count of sex trafficking of an adult on Monday.

The 37-year-old “has a large social media following which detectives believe he used to recruit women to be sex workers,” the Las Vegas Metropolitan Police Department said in a press release.

The department has not released more details about the investigation. 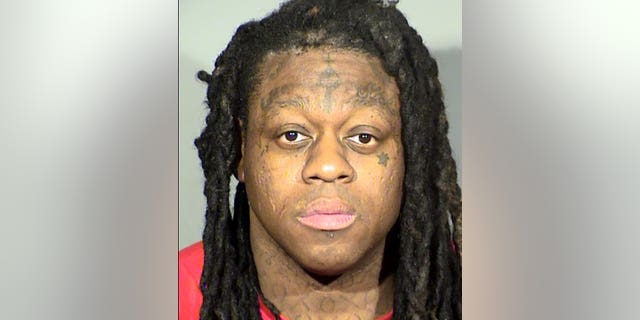 Kevin Barnes, 37, is charged with one count of sex trafficking of an adult.
(Las Vegas Metropolitan Police Department )

TMZ reported that Barnes was arrested earlier this month in Maryland and extradited back to Las Vegas, Nevada. According to the outlet, legal documents allege an undercover detective posing as a sex worker received a direct message from Barnes with an offer to make money through prostitution.

The detective noted finding several posts on Barnes’ Instagram account related to prostitution and being a “pimp,” including one photo showing the rapper on what appeared to be a private plane with a phone to his ear and the caption, “Sending em,” with a money bag and crown emoji.

The documents say Barnes called the detective several times bragging he frequently traveled and owned seven homes across the country and promised to make the purported woman a part of his “team.” He allegedly grew aggressive in later conversations and ordered the detective to head to an airport to meet him in Charlotte, North Carolina, so that purported woman could join his “stable.”

Fox News Digital has not independently obtained the documents referenced in the TMZ report.

Barnes appeared on the MTV reality televisions series “Making the Band” in the early 2000s. The season hosted by Sean “P. Diddy” Combs centered on a search for rappers and singers for a new hip-hop group. Barnes was later signed to P. Diddy’s “Bad Boy” label early in his career.

The Las Vegas Review-Journal reported that Barnes appeared in court later Tuesday and was released on his own recognizance. A preliminary hearing is scheduled for May 10.

Las Vegas Justice Court records reveal that a case regarding Barnes was filed on April 11 and a warrant for his arrest was issued the next day, according to the Journal.

Investigators ask anyone who was allegedly contacted by Barnes to become a sex worker or anyone who is a victim of sex trafficking to contact the Vice Section at 702-828-3455. Those who wish to remain anonymous can contact Crime Stoppers by phone at 702-385-5555, or on the internet at www.crimestoppersofnv.com.