The NAACP, ACLU and other political activist organizations are suing suing Pennsylvania counties in a bid to force the counting of ballots with improper dating.

Undated and improperly dated mail-in ballots have been at the center of a legal battle between Republican and Democratic interest groups in the state for months. After the Republican National Committee filed a lawsuit, the state Supreme Court ruled Tuesday that these ballots should not be counted in the upcoming election.

The new lawsuit from the Pennsylvania NAACP and ACLU seeks to counter that decision and allow ballots with improperly written dates to be counted. 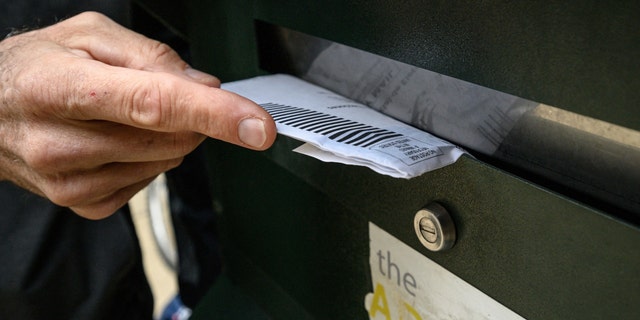 A voter casts a ballot at a drop box outside Philadelphia City Hall on Oct. 24, 2022.
(Ed Jones/AFP via Getty Images)

The lawsuit reads, “This refusal to count timely mail ballots submitted by otherwise eligible voters because of a trivial paperwork error violates the Materiality Provision of the Civil Rights Act, which makes it unlawful to deny the right to vote based on an ‘error or omission’ on a voting-related ‘record or paper’ that is ‘not material in determining whether [a voter] is qualified under State law to vote in [the] election.'”

“Because mail ballots in Pennsylvania may, under state law, be completed at ‘any time,’ and because their timeliness is determined by when a local county board of elections receives and date-stamps the ballot, the presence or absence of a handwritten date on the envelope is utterly immaterial to determining whether the ballot was timely received, much less to assessing a voter’s qualifications.” 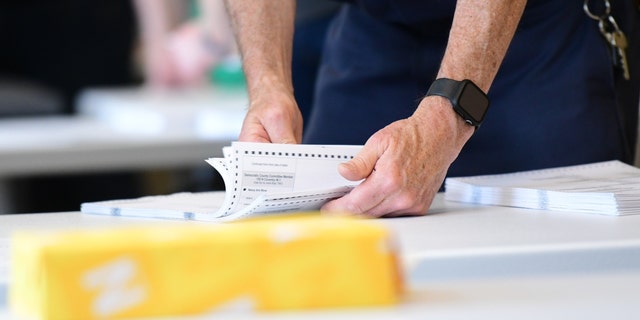 The ACLU and NAACP are joined as plaintiffs by the League of Women Voters of Pennsylvania, Philadelphians Organized to Witness, Empower and Rebuild, Common Cause Pennsylvania, Black Political Empowerment Project, and Make the Road Pennsylvania.

Pennsylvania’s election laws have historically required voters to include a signature and date on the outside of return envelopes when voting by mail.

However, acting Secretary of State Leigh Chapman announced last month that Pennsylvania election officials should continue counting ballots that arrive with improperly filled-out envelopes, in accordance with the Commonwealth Court’s previous ruling on the matter.

A May 2022 decision in the 3rd U.S. Circuit Court of Appeals ruled that ballots in undated envelopes must be counted. In the decision, the panel found that a handwritten date has no bearing on voters’ eligibility and said it would violate voters’ civil rights to throw out their ballots in that election simply because they lacked a handwritten date.

The Pennsylvania Supreme Court that overturned the previous decision now says election officers should set aside and preserve those votes. They could be counted if federal litigation reverses this decision after the election, requiring the votes to be counted.