Tens of thousands of troops from world-regions are gearing up for a series of military exercises that the United Kingdom is calling one of the “largest shared deployments since the Cold War.”

The exercises, backed by aircraft, tanks, artillery and armored assault vehicles, will take place in Finland, Poland, North Macedonia and along the Estonian-Latvian border. They will include troops from NATO and the Joint Expeditionary Force, which includes non-NATO members Finland and Sweden.

“The security of Europe has never been more important,” U.K. Defence Secretary Ben Wallace said Friday. “These exercises will see our troops join forces with allies and partners across NATO and the Joint Expeditionary Force in a show of solidarity and strength in one of the largest shared deployments since the Cold War.” 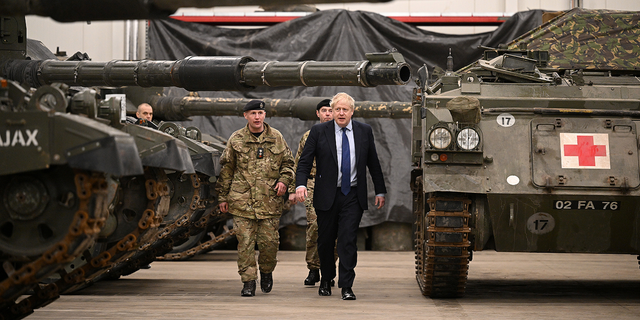 British Prime Minister Boris Johnson is shown around the Royal Tank Regiment Battlegroup by Lt. Col. Simon Worth after a joint press conference at the Tapa Army Base, in Tallinn, Estonia, on March 1.

British Commander Field Army Lieutenant General Ralph Wooddisse added that “the scale of the deployment, coupled with the professionalism, training and agility of the British Army, will deter aggression at a scale not seen in Europe this century.”

The deployments will begin this week in Finland, where troops from the U.S., Britain, Estonia and Latvia will participate in Exercise Arrow to improve their ability to work alongside Finnish forces. 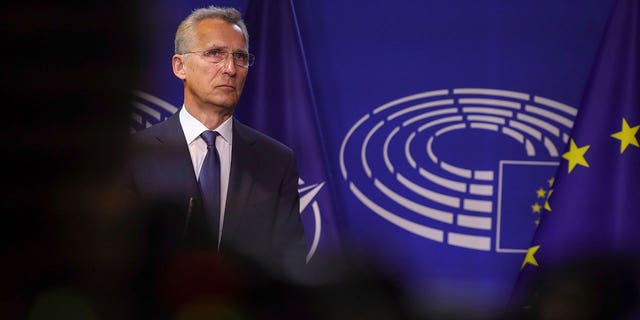 NATO Secretary General Jens Stoltenberg pauses as he delivers a statement to the media prior to a meeting at the European Parliament in Brussels on Thursday, April 28.
(AP)

Also this week, some 4,500 troops will take part in Exercise Swift Response, which will include parachute drops and helicopter-borne assaults in North Macedonia. The operation will include forces from U.S., Britain, Albania, France and Italy.

Next month, 18,000 NATO troops, including forces from Britain, France and Denmark, will take part in Exercise Hedgehog along the Estonia-Latvia border. 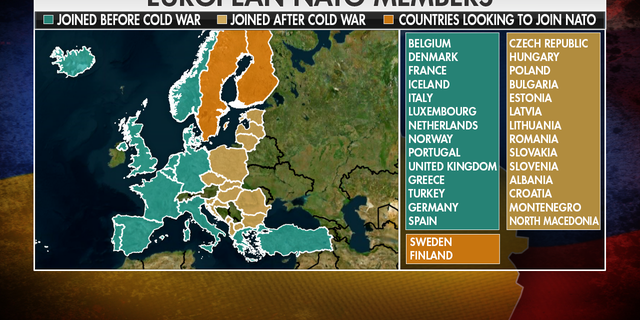 Sweden and Finland, who are participating in the exercises, are looking to join NATO.
(Fox News)

In late May, about 1,000 British soldiers will join troops from 11 other nations for Exercise Defender in Poland. 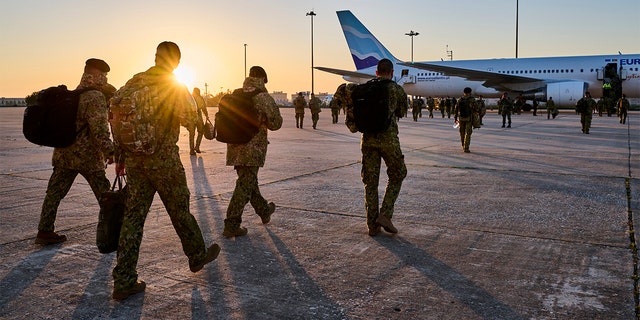 In total, the U.K. says it will deploy “72 Challenger 2 tanks, 12 AS90 tracked artillery guns and 120 Warrior armored fighting vehicles” to the exercises.