Neal McDonough says he relied on faith after being blacklisted in Hollywood: 'You can get through anything'

celebrity-news” target=”_blank”>Neal McDonough< to cope with tough times in Hollywood.

In 2010, the actor claimed he was fired three days into filming the ABC series “Scoundrels” because he wouldn’t agree to on-screen sex scenes. While the show only ran for one season, the 56-year-old said he was blacklisted from the industry.

“There was a time when I wasn’t working,” the 56-year-old told Fox News Digital. “I couldn’t get a job because people thought I was this crazy religious guy. But that wasn’t the case. I love my wife, but I love my acting too. I was hopeful that, at some point, someone would give me a chance again.”

The devout Catholic’s clause wasn’t new. From 2008 to 2009, McDonough starred in “Desperate Housewives” where he played Nicolette Sheridan’s husband. McDonough had a no-kissing rule that prompted the show’s creator, Marc Cherry, to get creative with his writing. McDonough, who married his wife Ruvé in 2003, has said, “I won’t kiss any other woman because these lips are meant for one woman.”

MICKEY ROURKE RECALLS BEING BLACKLISTED IN HOLLYWOOD, HOW A PRIEST ‘SAVED’ HIM: ‘YOU’VE GOTTA BE TOUGH’ 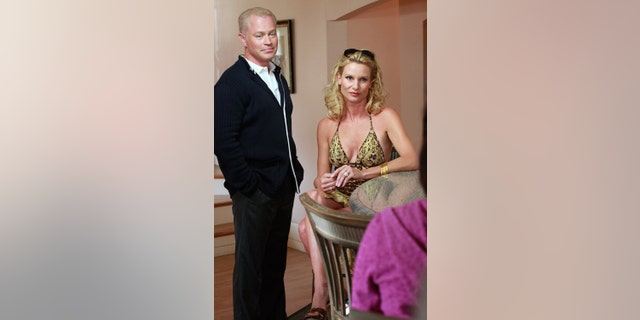 But after reportedly getting the boot from “Scoundrels,” McDonough experienced “a hard few years” trying to find work while staying faithful to his religious beliefs.

“I remember falling to my knees and saying, ‘God, why have you forgotten about me? Why am I being punished so much?’ McDonough recalled. “And as soon as those words came out of my mouth, I realized what self-absorbed questions those were. God has given me so much. We all experience challenges in our lives. I should be grateful – and thankful – for all the blessings I’m given.” 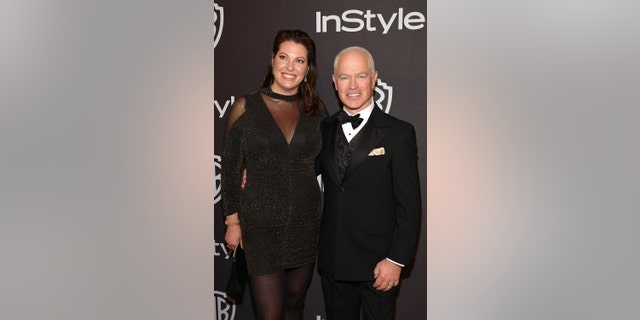 That’s when McDonough said Graham Yost called. The star and the screenwriter had previously worked together on “Band of Brothers” in 2001.

“I remember, a few minutes later, I was sitting there at the kitchen table with Ruvé,” he said. “Graham called and said, ‘Hey, you want to play the villain in the first episode or two of ‘Justified?’ I said, ‘Yes, yes I do.’ And after the first take, he came up to me and said, ‘You want to play the villain for the whole year?’ I joked, ‘Didn’t you know that was my game plan? That’s what I’m going to do.’

“And after ‘Justified,’ everything was kind of forgotten. I was determined to give a really great performance and I did. And, you know, I realized that perhaps I was taking some of my acting for granted. I was working all the time, but perhaps I wasn’t dialed in enough in terms of what I could really do as an actor.” 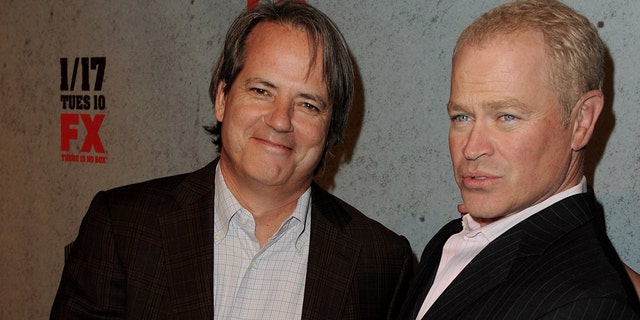 “I came out of it on the other side,” McDonough continued. “I’ve been working so much in the last several years, and I couldn’t be more thankful. I thank God every day for all the blessings I’m given, even during challenging times. Everyone always says, ‘Why do you work so much?’ My response is always, ‘They keep asking me, so I’m not going to stop.’”

McDonough said his career has only flourished since “Justified” in 2012. The proud father of five said he couldn’t be more grateful for being given a second chance on his terms.

“God gave me this gift of being an actor, and I’m not going to waste it,” he said. “I’m now in a position to produce movies with my wife. I’m able to co-create projects. And I get to continue pursuing my craft. I couldn’t be in a better place in my career. Every step I’ve had along the way, every challenge I’ve faced, has built this moment. And this is a moment I’m really cherishing. I’m proud of my work and what I can accomplish.”

McDonough is starring in “Boon,” the action-packed sequel to “Red Stone” where his character Nick Boon must protect everything he stands for. 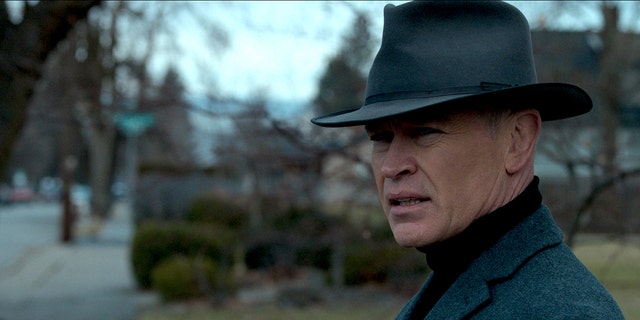 And this time, McDonough gets to play a good guy.

“It’s been amazing,” he chuckled. “I’ve never had the opportunity to really play this kind of character before. And there’s a kind of romance on screen with my co-star. She understood exactly who I was and what I wouldn’t do. I put that out there. And it’s shocking how many people don’t want to do that kind of stuff anyway. So once you put that out there, everyone’s much more comfortable.

“It was truly wonderful working with a cast like this,” he added. “I felt at ease. And this movie is a journey about a guy running away from his past, but the past will always catch up to you. How do you deal with it when it finally catches up to you? What are you prepared to do? How are you willing to stand up for what is right?”

While McDonough is known these days for playing villains on screen, he doesn’t mind flipping the script, when done right. 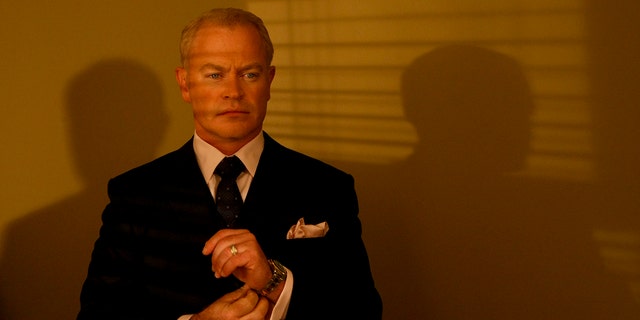 “The good guys are so dark and brooding now,” he said. “They’re really tortured, which makes the villain much bigger, crazier and more horrible. Nick Boon isn’t given a superpower. It’s just faith. And to me, that’s the greatest superpower anyone can have. If you have faith, you can get through anything. I love these types of characters, these almost ‘70s types of heroes where they have baggage, but at the end of the day, they’re going to figure out how to get the job done.

“I’ve always loved Westerns and neo-Western films that explore this theme. Those haven’t really been done in the last several years, but I feel like they’re finally coming back now. I couldn’t be happier. It gives us new opportunities to make these types of films.

“I played the lead, which is a big-time commitment,” McDonough shared. “But I infused a lot of me into the character. He has his rosary beads. It explores faith in a unique way, and this time around I play a good guy. And on set, we also created a family atmosphere. We made this film with such pride. That was the goal.”

Today, McDonough continues to keep busy taking on new roles and projects. And throughout his decades-long career, there’s one star he’s admired over the years. 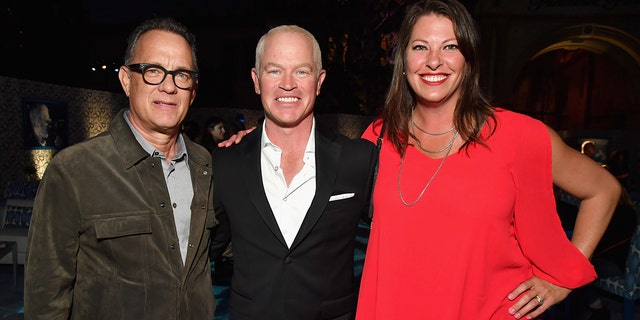 “I remember we were doing ‘Band of Brothers,’” he explained. “We were about five days into filming. We experienced this grueling boot camp where we were getting beat up. This guy comes in from a helicopter. He had a long beard and long hair. It was tom-hanks” target=”_blank”>Tom Hanks<

“He was so emotional, and it meant the world to him,” he continued. “Then he got back on the helicopter to go back to whatever island he was on shooting ‘Castaway.’ To be around a guy like Tom Hanks, you can’t help but be a better artist. Tom’s an artist, but he’s also a family man. He understands the position that he’s in and loves his life … He takes pride in his work. Tom lives in the light. We should all be more like Tom Hanks.”

Back in 2020, McDonough spoke to Fox News Digital about the few things he refuses to do in Hollywood. 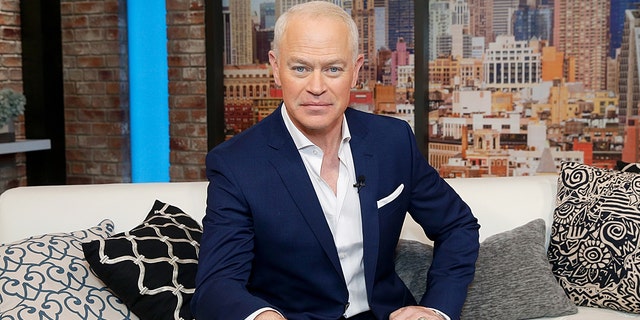 “I won’t mention the Lord’s name in vain, and then I won’t kiss another woman,” McDonough said at the time. “Sex scenes aren’t in it for me. And I think, gosh, there’s enough sex scenes out there, and me being in my 50s, I’m not sure if anyone wants to see me doing that stuff anyway, but it’s a comfort level.”

“I’m not very comfortable doing that,” the actor continued. “And I guess that’s probably why I play so many villainous characters, because I love acting, and I’m really good at it. It’s a God-given talent, so for me to have a career, I have to figure out creatively and smartly and wisely how I can keep doing what I do.”