“As Governor, Joe will fiercely Protect our under-siege Second Amendment, Oppose Sanctuary Cities, Support our Law Enforcement, Veto any Liberal Tax Increase, Protect Life, and Secure our Elections,” Trump said in a statement. “Joe Lombardo is the leader Nevada needs, and he has my Complete and Total Endorsement for Governor!” 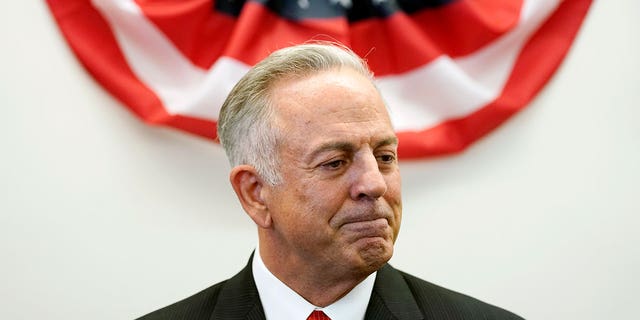 “From his tough on crime policies to his unwavering support of law enforcement, I know that there has been no greater friend to veterans and police officers than President Trump,” Lombardo said. “I’m ready to get to work restoring law and order, fixing our education system, and building a strong economy in our great state as your next governor.”

Lombardo and other candidates in the GOP primary, including former Nevada Sen. Dean Heller, Reno lawyer Joey Gilbert, businessman Guy Nohra and North Las Vegas Mayor John Lee, also pressed for Trump’s endorsement. But in the wide field in which Lombardo was already considered at the top of the pack, the Trump backing could set the sheriff up to take on Democrat Gov. Steve Sisolak in November.

“It’s clear Joe Lombardo’s campaign is hitting the panic button,” Sisolak for governor spokesperson Reeves Oyster said. “After getting attacks from all sides on the airwaves, called out for hiding, ripped for having it both ways on immigration, and hours after a brutal editorial from the conservative Review-Journal on his lack of transparency and record of wasting taxpayer money, it’s no surprise Lombardo is reaching out for a lifeline.”

The Sisolak campaign also highlighted that Trump lost Nevada in 2016 and 2020. 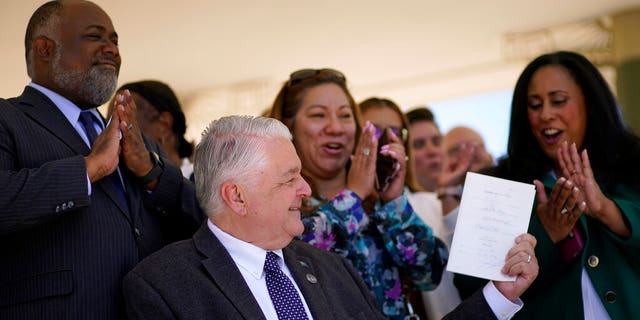 But Sisolak is considered an especially vulnerable Democrat governor due to how hard the pandemic hit the state and the political environment with President Biden’s struggling approval rating. GOP candidates are consistently attacking Sisolak for how his pandemic restrictions affected schoolchildren and the economy – taking a page out of Virginia Gov. Glenn Youngkin’s campaign playbook.

“Ton of respect for President Trump but it’s obvious he gets advice from the wrong people sometimes,” Heller said, “He also endorsed Mitt Romney and Liz Cheney. We know how that worked out. Joe Lombardo’s a liberal and Nevada conservatives know it.”

“Our message is resonating, and we are gaining momentum daily as I earn the endorsements of Nevadans all across our state,’ Nohra said. “I look forward to continuing our tour in the days and weeks to come and will work hard to earn every vote as I have promised.”