The us-regions State disastersMarshal’s Office said Thursday it has opened an investigation into a fire that destroyed a small cabin where an off-the-grid hermit had lived for almost three decades.

David Lidstone, 81, lived in the woods along the Merrimack River and was known by locals as “River Dave.” He was jailed on July 15 on a civil contempt sanction and was told he’d be released if he agreed to leave the cabin, which is on property owned by a Vermont man who considers Lidstone a squatter.

Fire destroyed the cabin on Wednesday afternoon. The fire marshal’s office said it is investigating the blaze, but deferred questions to the Canterbury Fire Department. Lt. Dave Nelson of Canterbury Fire said he expects the investigation to take a few days and there were no updates available about its cause on Thursday. 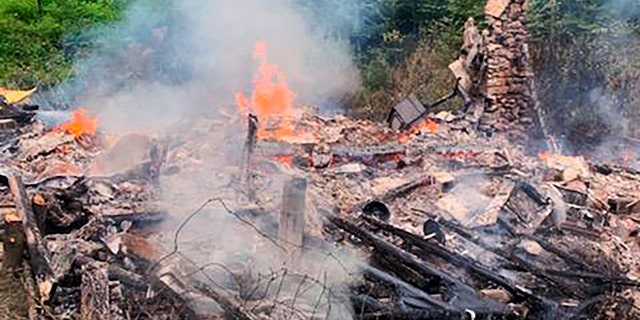 In this photo provided by the Canterbury (New Hampshire) Fire Department, smoke rises Wednesday, Aug. 4, 2021, from the burnt remains of a cabin in Canterbury, N.H., inhabited by 81-year-old David Lidstone, who for 27 years has lived in the woods of New Hampshire along the Merrimack River in the once small, solar-paneled cabin.
(Canterbury Fire Department via AP)

AFTER DECADES IN WOODS, NEW HAMPSHIRE MAN FORCED FROM CABIN

“We just had the fire yesterday, it takes a while,” Nelson said. 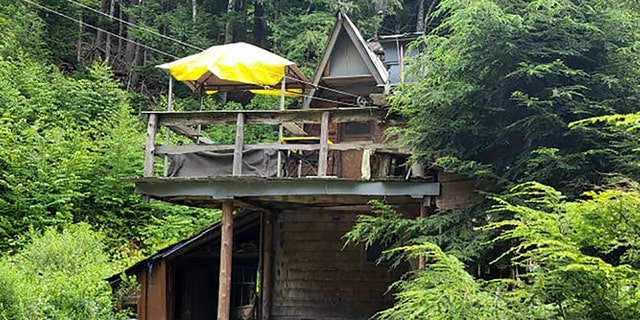 This undated photo provided by Jodie Gedeon shows the shack that David Lidstone, 81, has built and lived in for nearly three decades in the woods of Canterbury, N.H., growing his own food and cutting his firewood. He’s now jailed after not complying with a court order to leave, and there’s a growing petition to just let "River Dave" live out his days off the grid.
(Jodie Gedeon via AP)

Lidstone, who is originally from Maine, lived on a woodlot located a few miles from Interstate 93 north of the state’s capitol city of Concord. He told a judge during a Wednesday court appearance that he had no desire to comply with the order to leave the cabin. Most of his possessions were removed from it before the fire.

Lidstone’s off-the-grid lifestyle has made him a folk hero in northern New England, and news of the cabin fire led to sadness and empathy among his supporters. Horace Clark, a cousin of Lidstone’s who lives in Vermont, said the fire was “both sad and sick.”

Share
Facebook
Twitter
Pinterest
WhatsApp
Previous articlePsaki won't say if Biden admin will require migrants to be vaccinated as it considers mandate for legal travel
Next articleRashida Tlaib wants to give a pass to people who don't pay water, electricity or internet bills
Fox Newshttp://iktodaypk.com