Week 9 of the 2022 NFL season started with the Philadelphia Eagles and the Houston Texans on Thursday night and will end with a Monday night battle between the Baltimore Ravens and New Orleans Saints.

With the season nearly halfway through, there are several games Sunday that may have playoff implications, making for a great day of football.

The Kansas City Chiefs are back in action while a rematch of an NFC Divisional Round playoff game is also taking place. Teams rising and falling in their respective divisions are also at a critical point in their seasons and need to come up with a victory.

Read below to see how Sunday will go. 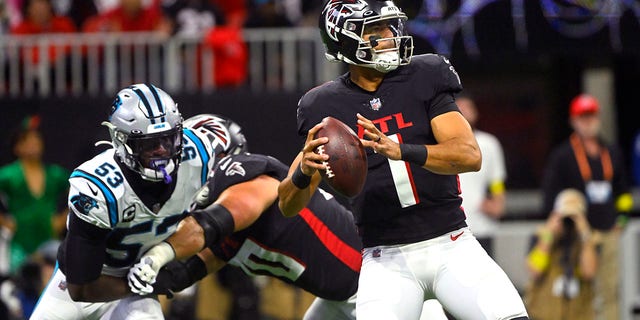 The Atlanta Falcons and Los Angeles Chargers enter Week 9 in a pivotal game for both teams. The Falcons are leading the NFC North, which is tightly packed. The Chargers are a game behind the Kansas City Chiefs in the AFC West.

Atlanta might have Cordarrelle Patterson back for the game while the Chargers are likely to be without Mike Williams and Keenan Allen. The Falcons got a huge boost in an overtime win over the Carolina Panthers and Los Angeles is coming back from a bye week.

The winner of this game will get momentum going forward at such a crucial point of the season. Playoff berths may hang in the balance. 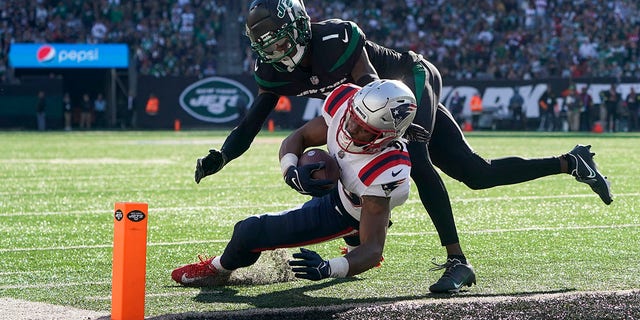 The AFC East may not feel like it’s close but the standings, for now, tell a different story.

The Buffalo Bills are the best team in the conference moving into Week 9 and would be the best team in the NFL if it weren’t for the Eagles. Josh Allen is looking for the fourth straight week with two or more touchdown passes. He has 325 or more passing yards in two of the last three games.

Allen will have a chance to pick on rookie Sauce Gardner, who has been fantastic for the Jets in his first season. He has 12 passes defended in seven of the last eight games and 12 total this season. He’ll have his work cut out for him trying to guard Stefon Diggs, Gabe Davis or Dawson Knox.

A New York win would be a real shocker. Buffalo has won the last four games. 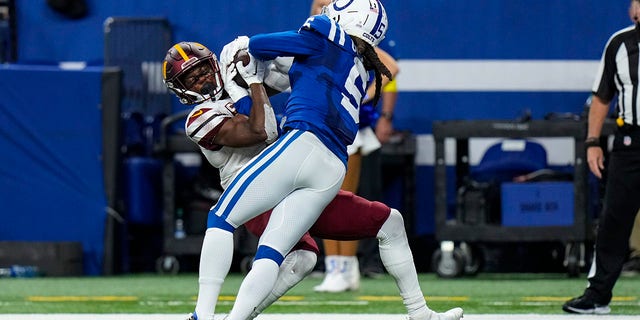 Don’t look now, but the Washington Commanders are riding a three-game winning streak as they welcome the Minnesota Vikings. The team narrowly escaped the Indianapolis Colts last week.

In a tight NFC East, every game matters from here on out for the Commanders and riding the wave with Taylor Heinicke, Terry McLaurin and the combination of Antonio Gibson and Brian Robinson Jr. might just be what the team needed to get in motion.

On the other side, Kirk Cousins has the Vikings ahead in the NFC North. But they cannot afford to take their foot off the gas. The Green Bay Packers could strike at any moment and if the Vikings fall asleep just for a week or two they could be looking at a streaking Aaron Rodgers.

Justin Jefferson and Dalvin Cook will be just as important as ever in this one. 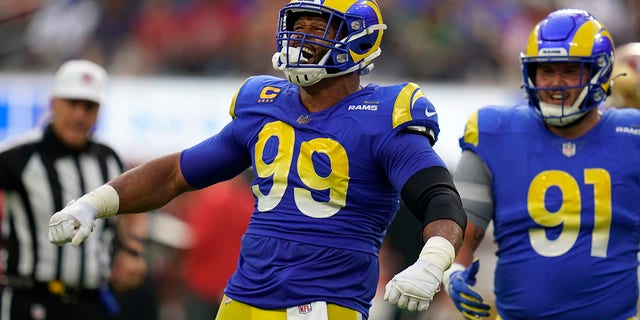 Ten months ago, these two teams were battling in the playoffs and now sit on the outside looking in through eight weeks.

The Tampa Bay Buccaneers have sputtered offensively. Tom Brady looks like a shell of himself and the rest of the offense cannot seem to get it in gear for long enough to put points on the board. A long layoff from last week’s Thursday night loss to the Baltimore Ravens might help them. But injuries on the offensive line and to Shaq Barrett definitely don’t help their circumstances.

The Los Angeles Rams have been up and down and battling injuries as well. But to stay relevant in the NFC West, a win will be needed against the Buccaneers on Sunday.

Los Angeles is ranked 28th in points scored and 30th in yards gained. Something will have to give. 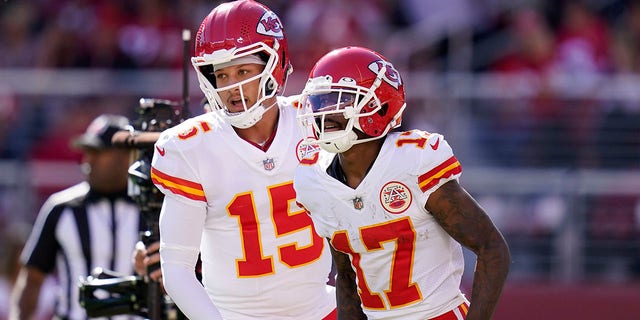 Sunday night’s big game will be between the Kansas City Chiefs and the Tennessee Titans. The Chiefs and Titans are both division leaders and fans will get a treat with a dynamo offense led by Patrick Mahomes and one of the biggest running backs in the game in Derrick Henry.

To say Mahomes is on fire entering Week 9 is an understatement. He has 33 career games with 300 or more passing yards in six seasons. It’s the most all-time of any quarterback in that span. Tennessee only has allowed 19.7 points per game and the defense will need to step up big time.

So will Kansas City.

Henry rushed for a season-high 219 yards last game and is looking for his sixth game in a row with 130 or more scrimmage yards and fifth straight same with 100 or more rushing yards.

How Sunday shakes out