Nikki Haley, the former ambassador to the United Nations under the Trump administration, said Sen. Raphael Warnock, D-Ga., should be deported while campaigning for GOP challenger Hershel Walker.

Haley, who also served as first female governor of South Carolina from 2011 to 2017, made the remark while stumping for Walker in Hiram, Georgia, on Sunday and discussing President Biden’s border policies.

“Look at the border. Do you know we’ve had 3.8 million illegal immigrants cross that border, 800,000 more got-aways, 4.5 million people broke the law and came here illegally?” Haley told a crowd of Walker supporters. “And Biden and Warnock helped them do it. Now, I am the daughter of Indian immigrants. They came here legally, they put in the time, they put in the price, they are offended by what’s happening on that border. Legal immigrants are more patriotic than the leftists these days. They knew they worked to come into America, and they love America. They want the laws followed in America, so the only person we need to make sure we deport is Warnock.”

“One more thing they need to do is focus on crime,” Haley said of Congress, criticizing Democrats. “When you go and say that you’re going to glorify criminals instead of having the backs of law enforcement, don’t be shocked when crime goes up. Don’t be shocked when murders go up. We’ve got to have a Senate that understands that we’ve gotta put law and order back in place.” 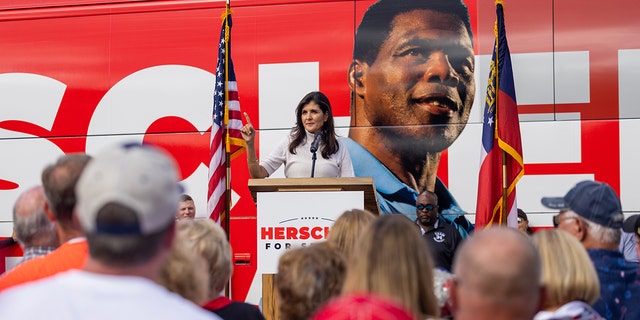 Before Walker took to the microphone, Haley also reamed against Democrats for rampant spending that she attributed to driving up the cost of gas and groceries. She painted Walker as the candidate who would vote to ensure America is “not only energy independent, but energy dominant.” 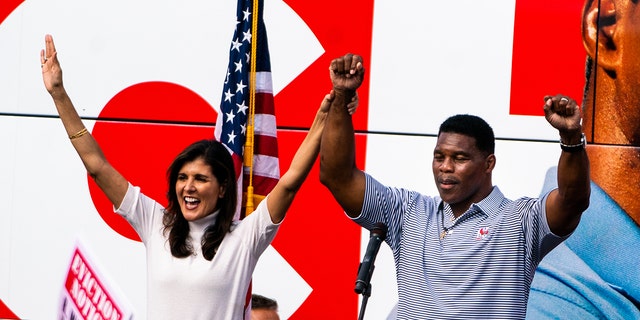 “If America was racist, I wouldn’t have been elected the first female minority governor in the country. America is not racist, America is blessed,” she said. “And America deserves our love, and the reason I’ve been across this country fighting for these candidates is because we need people who love America. We need people who are going to fight for America, we need people who are going to turn this ship around, and I’m telling you this is bigger than an election. On Tuesday, this is when we start to right the ship.” 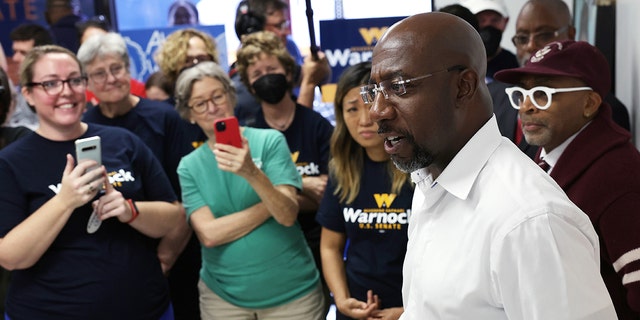 Haley described Walker as “a good person who has been put through the wringer and has had everything and the kitchen sink thrown at him, and he’s still fighting for you.”

The diplomat added that the biggest thank you to give Republican Gov. Brian Kemp, who himself is running against Democratic challenger Stacey Abrams on Tuesday, is to elect Walker as U.S. senator, adding, “Don’t listen to this red wave stuff they’ve been talking about. The win in Georgia will simply be based on turnout.“