It was a party fit for a king in Middlesex County, us-regions.

Or maybe a party fit for a precocious Walmart shopper — who, before he even turned two, got hold of his mother’s cellphone recently and bought over $1,700 worth of goods online when no one was looking.

That action brought a bevy of boxes to the family’s front porch, to their surprise — and ultimately earned the little tyke all kinds of attention, bringing smiles and chuckles along the way to people around the globe.

TODDLER BUYS $1,700 WORTH OF ONLINE GOODS FROM WALMART

This past weekend, to celebrate with family and friends, the family threw a party in their little son’s honor.

Dad Pramod Kumar told Fox News Digital on Feb. 9, 2022 in a phone interview, “We had a get-together this past Saturday to celebrate our son’s ‘world popularity!'”

The boy turns 2 in April, the dad said — so this wasn’t a birthday party. 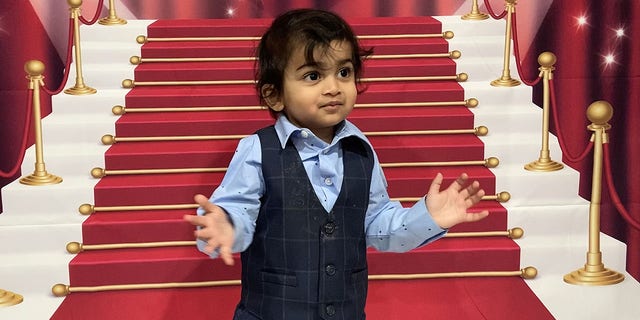 This little online shopper used his mom’s cellphone last month and bought $1700 worth of goods from a Walmart online "cart" she’d begun on her account. Now, his family’s thrown him a "shopping reveal" party.
(Courtesy Pramod Kumar)

Rather, it was “just to share the news about our son and have family and friends over and enjoy some time together.”

During the party — complete with a cake — the family took photos and video of their son and their family as they opened all the boxes that arrived after their son ordered multiple pieces of furniture online.

“Basically, there are a few items that we want to keep at home,” said dad Pramod Kumar, “especially the green chair that he really seemed to like.”

The rest of the items their son ordered, the dad said, they intend to return to Walmart. 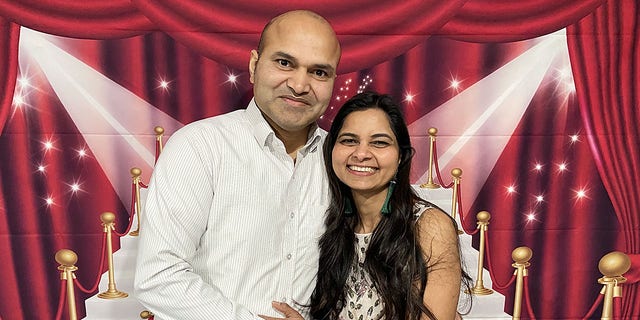 The boy’s parents during their family party this past Saturday at their New Jersey home. "Our son really seemed to like that one green chair" that they unboxed recently, said dad Pramod Kumar, laughing. The family is happy their fun little story has brought joy to others.
(Courtesy Pramod Kumar)

They’ve been in touch with the store and don’t anticipate problems in returning the unwanted items.

The items their son ordered were all sitting in a shopping cart that the mom had compiled in her Walmart online account — as a draft for review.

They weren’t all intended for purchase.

“They don’t match,” said the dad, laughing. “One chair is gray, one is peach, and there are multiple flowered items, too, that we don’t need.” 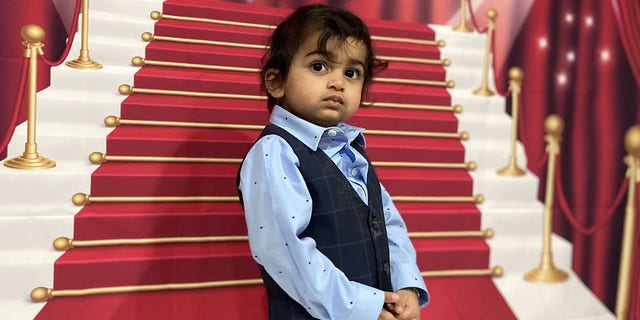 But somehow, once the child got the phone, he managed to buy everything.

The parents discovered this later.

“Somehow, whenever I mention this story to other people, they tell me, ‘Oh, something like that happened to our family as well,’” said dad Pramod Kumar. 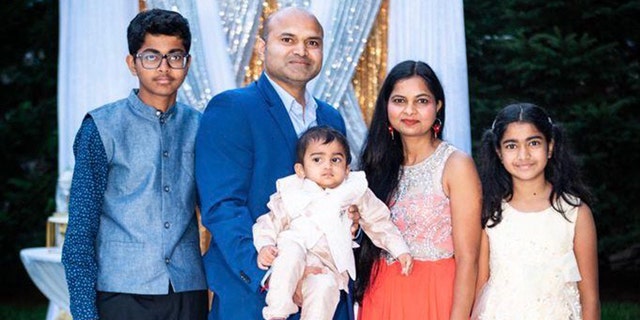 The Kumar family of New Jersey. Their littlest one made quite a splash in January when he bought an array of items online using his mother’s cellphone — and boxes began arriving on the family’s doorstep.
(Courtesy Kumar family)

“This is something that is somehow connecting with other people.”

Here are some of the boxes, by the way, that arrived at the family’s house after little Ayaansh Kumar ordered them online. 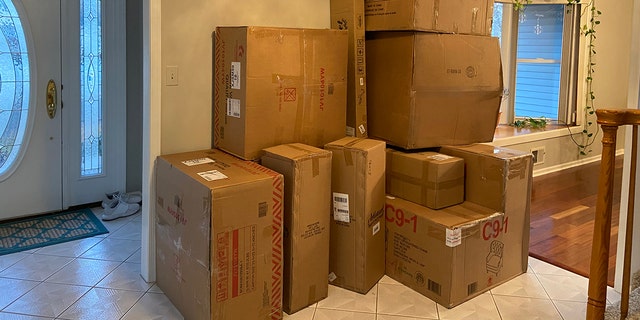 These boxes piled up at the Kamur home in New Jersey in January 2022.
(Courtesy Kamur family)

Mom Madhu Kumar told Fox News Digital earlier, “We needed only 2-4 chairs — but, you know, there were so many items in the online shopping cart, and our son went there and clicked ‘order’ for all of them.”

GET THE FOX NEWS APP HERE

“He placed all of the orders,” she said, “and I didn’t see my email [about it] until days later.”

Now, at last — now that their son has chosen his favorite — the family can clear out the extra boxes.