North Carolina Rep. Madison Cawthorn cited for having a gun at Charlotte airport

Rep. Madison Cawthorn, R-N.C., was cited for being in possession of a firearm at charlotte-raleigh-piedmont” target=”_blank”>Charlotte< spokesperson confirmed that a loaded Staccato 9mm handgun was detected at checkpoint D around 9:00 a.m. 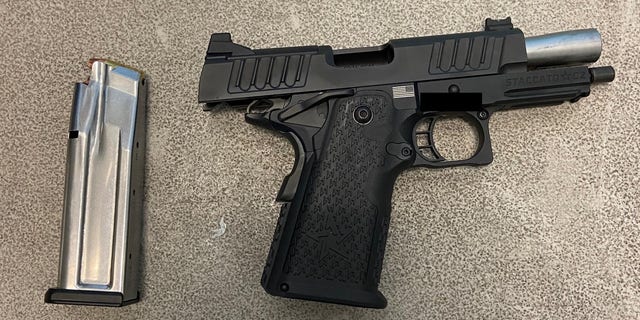 Cawthorn was cited for possession of a dangerous weapon on city property, which is an ordinance of the city of Charlotte, according to the Charlotte-Mecklenburg Police Department.

“Cawthorn stated that the firearm was his and he was cooperative with the CMPD officers,” police said.

The firearm was seized and Cawthorn was released.

It’s the second time that Cawthorn has been stopped with a gun at an airport after security personnel found a 9 millimeter handgun in his carry-on bag at Asheville Regional Airport in February 2021, according to WSOC.

Cawthorn’s office did not immediately respond to a request for comment on Tuesday.

The 26-year-old congressman is running for re-elction in North Carolina’s 11th district and will face several Republican challengers in the GOP primary next month.