A group of six men were caught on video crime” target=”_blank”>carjacking< last month, with one man stomping of the roof of the vehicle as another man brutally punched the victim in the face, authorities said Wednesday.

The 53-year-old victim got into an accident with a Lexus SUV on Exterior Street in the Bronx around 6:40 p.m. on March 30, police said. The impact sent both vehicles sliding into an unoccupied Honda sedan parked on the street.

After the collision, five unknown males and the 23-year-old male driver of the Lexus surrounded the victim’s vehicle, police said. 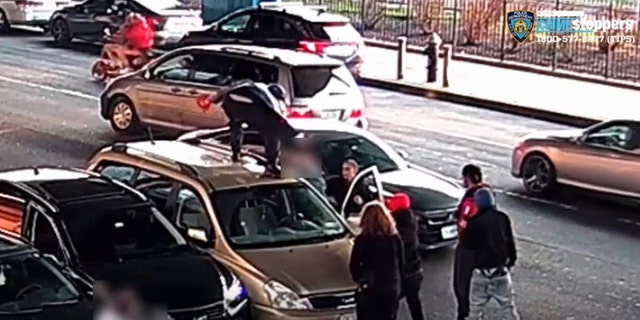 NYPD said six men were involved in a carjacking that happened in the Bronx on March 30.
(NYPD)

Video footage shows one of the males climb on top of the victim’s vehicle as the 23-year-old repeatedly punches the victim in the face. The victim runs from the scene as two of the males enter his van and flee northbound. Police said three of the men fled the scene inside the Honda sedan. 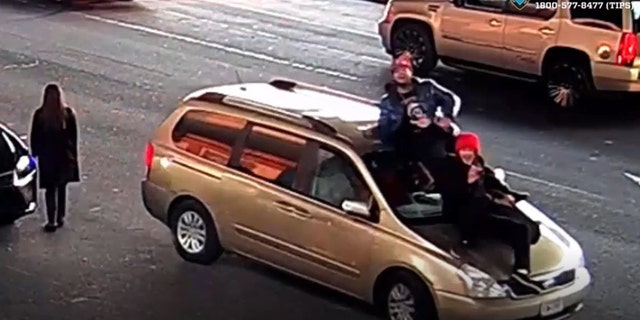 Video shows some suspects on the roof of the victim’s vehicle.
(NYPD)

The 23-year-old Lexus driver, identified as Miquiel Guerrero, remained at the scene and was arrested for robbery, police said.

The victim was treated at NYC Health and Hospitals/Jacobi for lacerations to his face and a fractured eye socket. 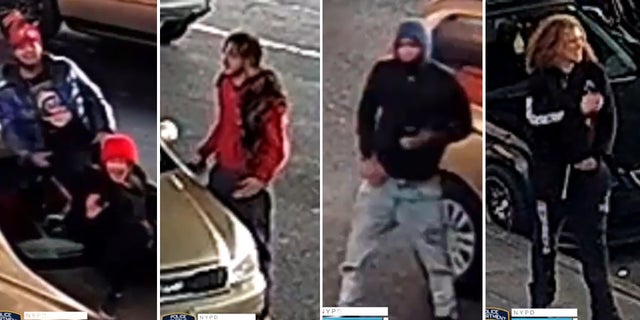 Police described the five suspects still on the loose as light-skinned males between 18 and 25 years old.
(NYPD)

Police described the five suspects who remain on the loose as light-skinned males believed to be between 18 and 25 years old.

Authorities asked anyone with information about the incident to call the NYPD’s Crime Stoppers Hotline at 1-800-577-TIPS (8477).