The charges come in connection to the shooting of an off-duty officer in Harlem last weekend around 7:30 p.m. The officer was leaving a vigil at the time.

“This is our seventh police officer shot this year,” NYPD Chief of Housing Jeffrey Maddrey said during a Feb. 5 press conference. “[O]ur gun violence has been increasing, and I’m just making a plea to all of our communities, all of our citizens, our police — we all need to support one another. We have to [discourage] gun violence. We don’t have to live like this. We shouldn’t have to live like this. This is the best city in the world.”

While leaving the vigil, the officer noticed the two teenagers allegedly “firing rounds from a gun” and began to “feel pain in his left foot,” Maddrey said. 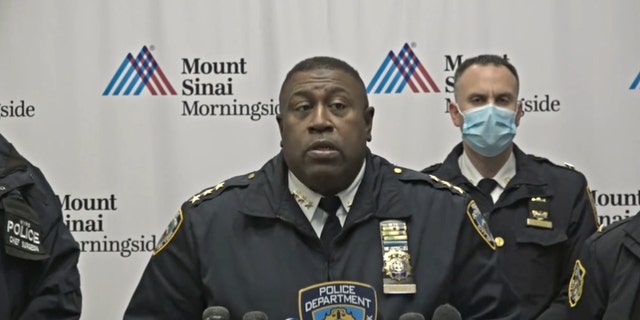 An NYPD spokesperson previously confirmed to Fox News Digital that the officer was in “stable condition” after the incident.

The shooting incident marked the seventh police-involved shooting in New York City in just over a month. In late January, two NYPD officers were shot in a Harlem gunfight. Officer Jason Rivera was pronounced dead soon after the shooting, and Officer Wilbert Mora eventually succumbed to his wounds.

On Thursday, 10 people were shot in seven incidents over a single 24-hour period.

That same day, Mayor Eric Adams tearfully called on city agencies to do more to protect endangered youth from getting caught up in lives of crime and violence. 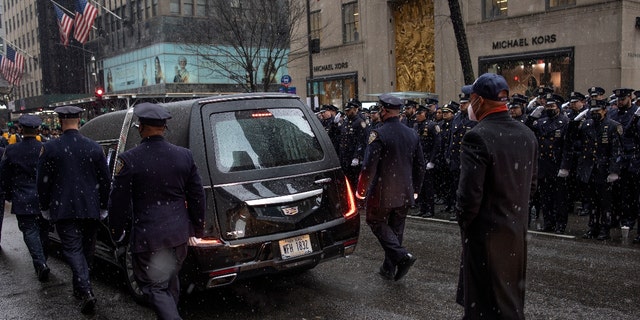 Murders year to date are down 12.8% as of Sunday, police statistics show, but shootings are up 29.7%.

The violence comes as crime” target=”_blank”>crimes< traveled to New York City to meet with New York Gov. Kathy Hochul and New York City Mayor Eric Adams to discuss ways federal and local crime can collaborate to combat gun crime and further invest in putting more police officers on the beat amid a surge in violent crime in the city.