us-regions police have released wild video of a 16-year-old car thief leading crime on a high-speed chase and jumping out of the moving vehicle to evade capture.

The teen was the driver and sole occupant of the stolen vehicle when the pursuit began around 1:15 a.m. Wednesday in Whitehall, a suburb of Columbus, Whitehall police said.

As the teen led police on a high-speed chase through the city, the department said officers successfully deployed stop sticks to stop the vehicle. 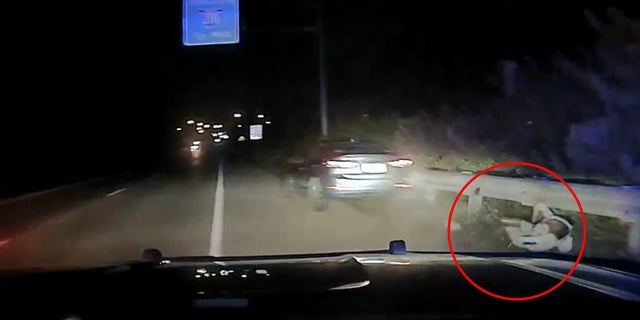 Police said the teen suffered minor injuries and was treated at a hospital.
(Whitehall Police Department)

Police dashcam video shows the teen driving on the shoulder and jumping out of the passenger side door of the moving vehicle. The teen appears to hit the guard rail as the car continues a few hundred yards before coming to a stop. An officer in pursuit can be seen rushing over to help the teen. 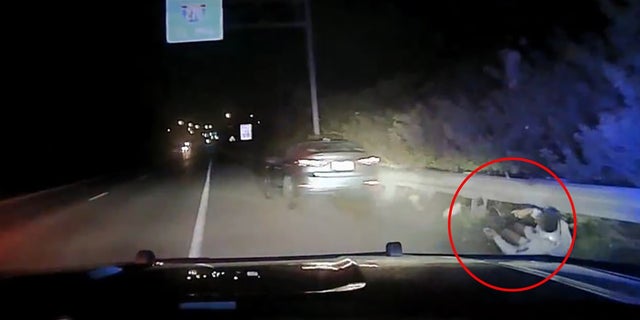 The teen was wearing a neck brace at the time of the incident from an injury suffered during a previous accident in a stolen car, police said.
(Whitehall Police Department)

The teen was rushed to Mt. Carmel East and treated for minor injuries, police said. He was arrested for receiving stolen property. 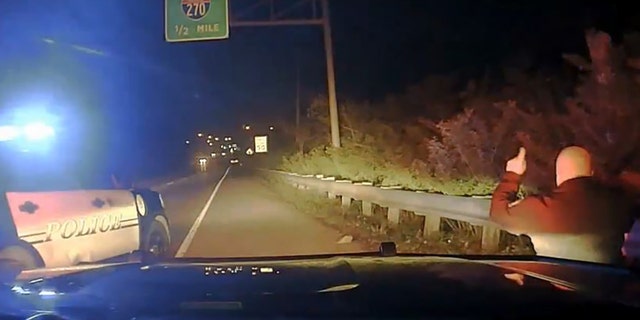 Whitehall police officers rushed to help the teen after he jumped out of a moving vehicle he allegedly stole.
(Whitehall Police Department)

The teen, who was not immediately identified, had recently been arrested for stealing other cars, according to authorities. At the time of Wednesday’s incident, he was found wearing a neck brace related to a previous accident while driving a stolen car.

He was taken to the Franklin County Juvenile Detention Facility, where he was screened and officials determined he didn’t meet the criteria to be accepted there, police said.

Officers turned the teen over the Village Network Reception Center.