Oklahoma leaders give exclusive look into their Supreme Court arguments

WASHINGTON, D.C. – The Oklahoma governor, attorney general and solicitor general gave Fox News an inside look into their arguments in their U.S. Supreme Court case over state sovereignty.

Gov. Kevin Stitt told Fox News: “We’re asking the Supreme Court for the authority to protect law and order in Oklahoma. We have lost the ability, as a state, to prosecute crimes when there’s a native victim.”

“We want to be able to protect every single person in eastern Oklahoma regardless of their race,” he said. “The state should be able to prosecute those crimes, and right now we have simply lost that jurisdiction.” 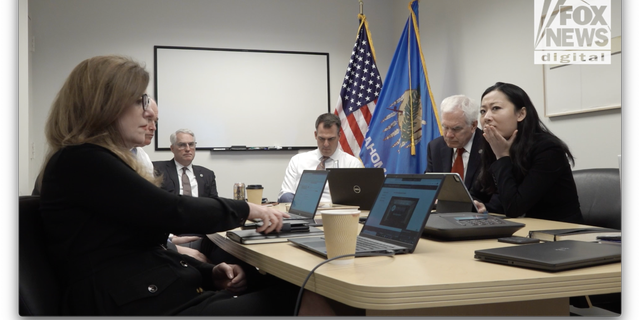 The case, Oklahoma v. Castro-Huerta, centers on Victor Castro-Huerta, a non-native who was convicted in an Oklahoma Court of neglecting his 5-year-old Native American stepdaughter while living on the Cherokee Nation reservation. The state’s highest criminal appeals court overturned Castro-Huerta’s conviction in 2021, finding that Oklahoma lacked jurisdiction.

us-regions Solicitor General Mithun Mansinghani, who attended Wednesday’s hearing, left feeling optimistic that the Court would side with the state.

Cherokee Nation Principal Chief Chuck Hoskin Jr., however, felt the law was on the tribal government’s side.

“Congress has been clear on the limits of state jurisdiction on our reservations, and Governor Stitt’s anti-tribal views don’t change those facts,” Hoskin said in a statement released after the oral arguments.

“While tribes have worked closely with our partners to meet our public safety responsibilities and provide a blanket of protection to everyone on our reservation, it’s unfortunate that the state has wasted time and resources attacking our rights and sovereignty,” the statement continued.

Justices are expected to issue a ruling by the end of June.