Omicron in the US: Where is it?

Cases of the infectious-disease are being confirmed around the country this weekend.

The first case of the “variant of concern” was identified in a California resident and public health officials in the Golden State said Friday that at least five people in Alameda County were infected by the strain after attending a wedding in Wisconsin last month.

The five people who have confirmed – and “mildly symptomatic” – omicron cases are part of a group of 12 vaccinated people between the ages of 18 and 49 who have tested positive for COVID-19, according to the Alameda County Department of Public Health.

One of the individuals went to the Nov. 27 wedding after returning from international travela>. Genomic sequencing for the remaining seven cases has not yet been completed. “Most” of the 12 people had received booster shots. <

Also on Friday, authorities said that a woman who recently traveled from south-africa” target=”_blank”>South Africa< of the variant.

The woman is a infectious-disease Georgia resident who tested positive on Sunday, according to New Jersey Gov. Phil Murphy and the state Department of Health.

Officials said she sought care for moderate symptoms at an emergency room and is recovering and remaining in isolation.

The Georgia Department of Public Health said the woman was in Georgia for two days between arriving from South Africa and traveling to New Jersey, noting that contact tracing was ongoing in both Georgia and New Jersey. 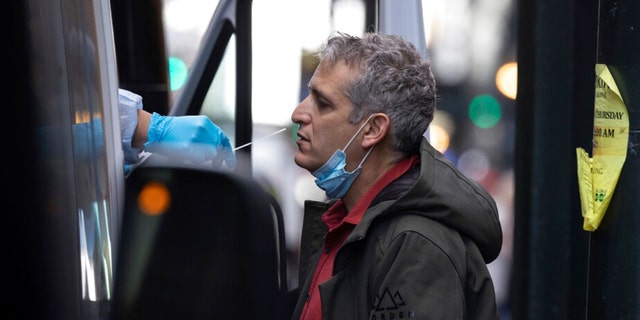 Missouri health officials on Friday reported the state’s first presumed case of the variant in a St. Louis resident, and a release from the St. Louis Health Department is waiting for confirmation from the U.S. Centers for Disease Control and Prevention (CDC).

The resident had recently traveled within the U.S. and it is unclear if they are vaccinated.

Dr. Mati Hlatshwayo Davis, director of the St. Louis health department, said “there is no concern about the health of this resident at this time.”

Utah health officials announced Friday that its first cases of the omicron variant was confirmed in an older adult who is fully vaccinated and had traveled to South Africa.

Colorado detected the Centennial State’s second case of the omicron variant in a patient who had recently traveled to South Africa and tested positive for COVID-19.

The patient is currently isolating and the county and state health departments are notifying their close contacts, Boulder health officials said in a statement.

The Philadelphia Department of Public Health announced Pennsylvania’s first case of the omicron variant on Friday.

It was unclear if the man, who is in his 30s, had been vaccinated against COVID-19 or if he had been traveling, but health officials said contact tracing was underway.

Maryland Gov. Larry Hogan said Friday that health officials have confirmed the first three cases of the omicron variant in residents of the state.

The third case was a vaccinated person with no known recent travel history and is unrelated to the others. However, contact tracing efforts are underway, officials assured. 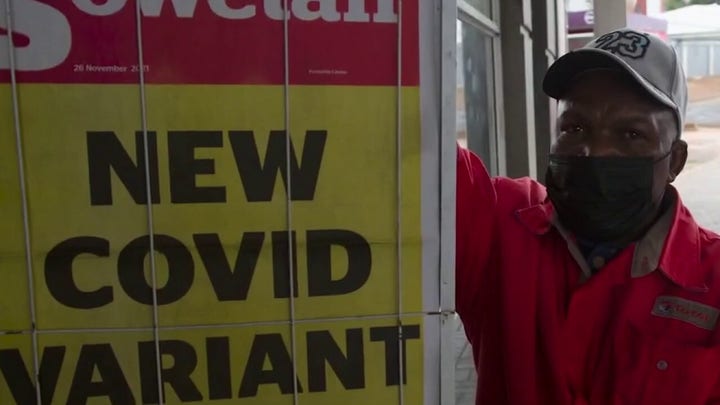 Omicron has also been found in New York, Nebraska, Hawaii and Minnesota.

Given the realities of international travel, scientists and public health officials said it was inevitable that the omicron variant would be discovered in the U.S.a>; they believe it may have been spreading in the country before it was detected.< of current COVID-19 cases.

World and U.S. leaders have taken swift action in an attempt to curtail spread, announcing travel restrictions at the end of last month.

New cases of COVID-19 in South Africa – which first alerted the World Health Organization (WHO) to the variant – have exploded from around 200 a day in mid-November to more than 16,000 on Friday.