Parents of a Marine vet imprisoned in Russia meet with Biden

The parents of a Marine veteran imprisoned in Russia met with President Joe Biden and senior staffers at the White House on Wednesday, according to the administration and a spokesman for the Reed’s family.

Trevor Reed has been jailed in Russia since his arrest in 2019 on charges that he assaulted police officers in Moscow who were driving him to a police station after picking him up following a night of heavy drinking at a party. He was convicted in 2020 and sentenced to nine years in prison. 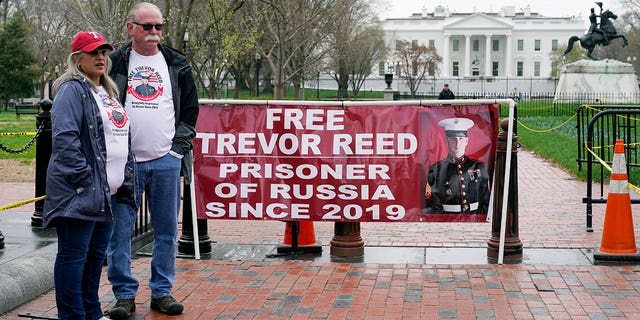 Since then, Biden administration officials have repeatedly called for the release of Reed, as well as Paul Whelan, a corporate security executive from Michigan who is jailed in Russia on espionage-related charges his family says are bogus. The White House says both men are being wrongly detained.

Joey and Paula Reed of Granbury, Texas, traveled to Washington this week to seek an in-person meeting with Biden after a phone conversation earlier this month when the president visited Texas. After the Reeds had stood along the route of Biden’s motorcade in Texas in hopes it would stop — it did not — the White House said it would work to schedule a meeting. 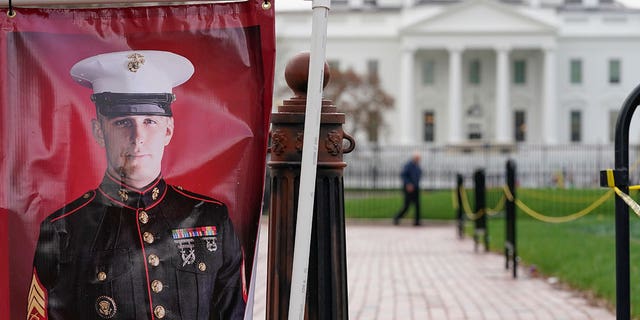 On Wednesday evening, the couple met in the Oval Office with Biden and some senior administration officials for more than a half hour, according to Jonathan Franks, a spokesman for the Reed family. He declined to discuss specifics of the meeting.

White House press secretary Jen Psaki confirmed the meeting and said the president’s national security team would remain in contact with the Reeds.

UKRAINIAN JOURNALISTS: BIDEN REMARKS ON PUTIN NO ‘SCANDAL,’ BUT HE BADLY NEEDS TO STEP UP MILITARY SUPPORT

“During their meeting, the President reiterated his commitment to continue to work to secure the release of Trevor, Paul Whelan, and other Americans wrongfully held in Russia and elsewhere, and to provide all possible assistance until they and others are free and returned home to their families who are advocating so passionately for their release,” Psaki said.

The Reeds, who have publicly voiced concern about their son’s health in jail and have also expressed support for the idea of a prisoner swap, stood near the White House on Wednesday with a sign that read: “Free Trevor Reed. Prisoner of Russia Since 2019.”