PANAMA CITY BEACH, Fla. – It’s known as the spring-break-nation” target=”_blank”>spring break< is a target for criminals.

The city had a dangerous weekend with crime seizing 75 guns and arresting more than 160 people. 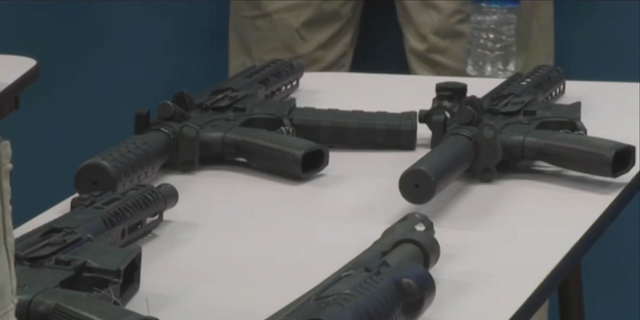 Some of the guns seized by police in Panama City Beach over the weekend.
(Fox News)

The weekend violence has locals and visitors on edge. It’s not typical spring breakers — high schoolers and college students enjoying the beach — causing problems. It’s bold criminals who came to the city with bad intentions.

“Our police chief said it best — the last book most of these folks read was ‘Cat in the Hat,’” said Panama City Beach Mayor Mark Sheldon.

Over the last seven years, Panama City Beach has worked hard to distance itself from its “Girls Gone Wild” days and now advertises itself as a “family friendly” spring break destination.

In 2016, the city passed ordinances for the month of March, banning alcohol on the beach and ending alcohol sales past 2 a.m., to encourage revelers to go elsewhere. For the most part, it’s worked to deter crime. But last weekend was different.

“Taking 75 guns off the street in a weekend in Panama City Beach is unheard of,” Sheldon said. “This was not spring break in any way, shape or form.” 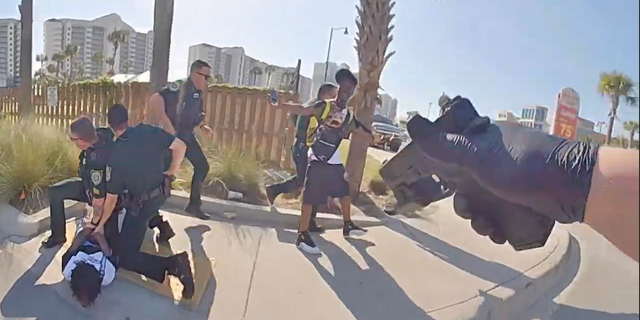 After weeks of violence in Miami, city officials believe those bad actors have traveled to us-regionspanhandle.

“Some of these same criminals who came to our county this weekend were in Miami last weekend; we know the exact people,” Sheldon said. “These criminals are traveling from town to town, so it’s nobody new. It’s just a bad group of folks who are trying to be lawless in every community they can find.

The gunfire on Sunday left one person injured, shocking many in the community.

“It was unbelievable what happened,” said Rafael Wanderbrock, food & beverage director for Barefoot Restaurants. “Definitely those people didn’t come here to vacation or have fun.”

Spring breaker Mary McGee from the University of North Alabama feels like her vacation is under attack.

“I don’t see why you would plot something here,” McGee said. “We’re just here to have fun. We’re not trying to be a part of any of that.” 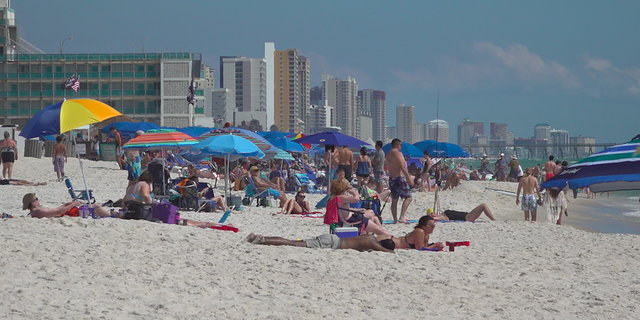 Just 20 minutes down the road from PCB, you’ll find the smaller beach towns, such as Seaside and Rosemary Beach, known locally as 30A. The area is known for its quaint, oceanfront communities frequented by several country music stars like Luke Bryan, Jason Aldean and Garth Brooks.

Walton County Sheriff Michael Adkinson says his deputies are prepared if the violence spills over into the family-friendly communities.

“This is an extremely safe place to be, but for those individuals who are considering another kind of lifestyle, who are looking to come here and make this a ‘takeover destination,’ we’re going to take that with a strong hand.”

Adkinson says deputies will not be issuing any warnings or notices to appear. Those that break the law will go to jail and see a judge.

And for the criminals who fled Panama City over the weekend, Mayor Sheldon says they have not escaped the law.

“If they think just because they made it home that the crime is over, it’s not,” Sheldon said. “Our detectives are working nonstop to comb through every bit of video, and they’re going to get a knock at their door, and they will go to jail in Bay County.”

Unlike Miami, Panama City Beach has not yet had to initiate a curfew. Sheldon says nothing is off the table, and the city will take every measure necessary if things get out of hand again.